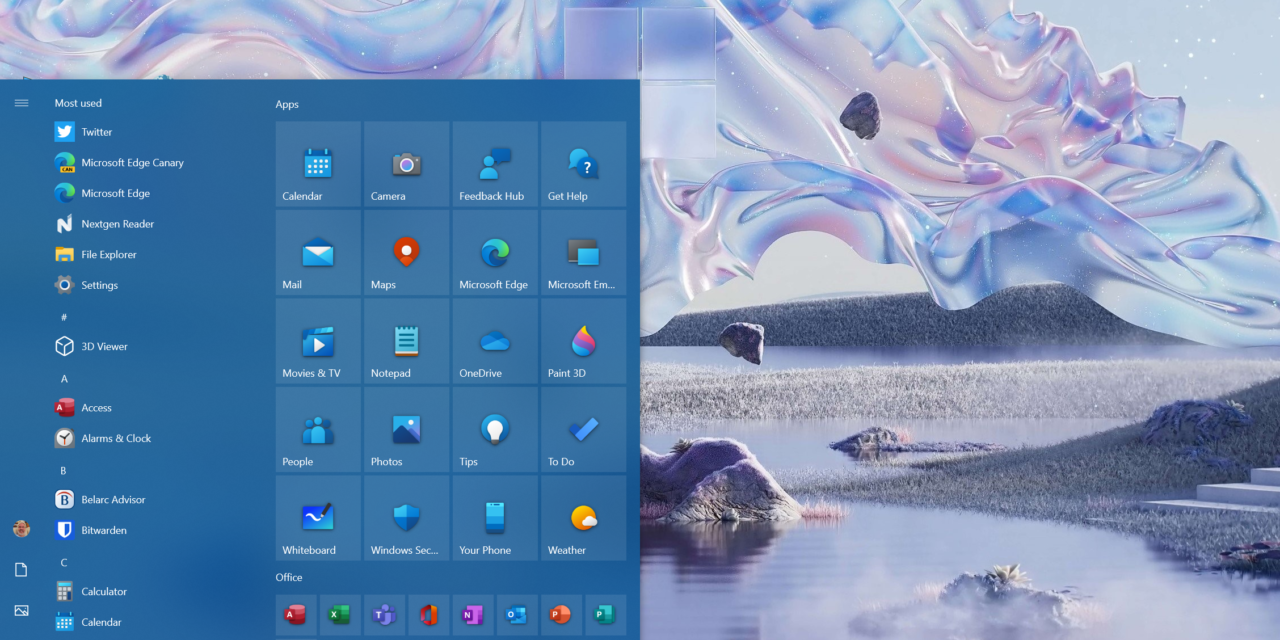 Back in mid-June, shortly after the release of the May 2020 Update, aka Windows 10 (Version 2004) which is running great, we learned that Microsoft was going to revamp their Windows Insider Program to retire the ring concept for distributing development builds of Windows 10. Instead, the rings would now become channels in the program and align with many of the other Insider programs that have surfaced across Microsoft product groups.

The other reason for the change was to manage expectations about the release of new builds away from the pace of releases, i.e. Fast and Slow, to quality driven flighting.

In preparation for this shift, I went ahead after the release of the May 2020 Update and flattened all my test devices to better test across the new channels.

A couple of weeks after they were announced, the new Windows Insider Channels went live so the timing is right to talk about how things are progressing in this new configuration.

This has been the most active channel with five releases. Except for one skipped week with no flighting, this channel has been consistent with weekly flights. Turns out that pace is the same as the Fast Ring used to maintain for the most part.

New features and enhancements have been steady but nothing over the top. It has been a mix of system feature functionality and visual improvements in the UI.

Along the way, fixes have been made to nearly 60 publicly documented bugs and no doubt hundreds of under the hood fixes. As expected, there is a laundry list of known issues but that is not surprising for #DevChannel.

Mixed in with all the build announcements and release notes are also app updates for the Microsoft Launcher and Windows Calculator. It is not uncommon at all for these to be tossed into Windows 10 pre-release build release notes.

The pace slows down quite a bit in this channel with just three releases since the channels rolled out last month.

The updates for this channel arrive in the form of Cumulative Updates. The first two updates focused on fixes however, with the latest release of Build 19042.421, Microsoft did something unexpected but in reality it aligned with their expectations of this new channel based approach.

In Build 19042.421, Microsoft introduced many of the visual enhancements that had been rolled out in the Developer Channel into the Beta Channel.

As Microsoft told us when they announced the new channels, new features and improvements would first be introduced in the Developer Channel and then migrated to other channels targeting future feature update releases. This is exactly what happened this past week in the Beta Channel aka Windows 10 (Version 20H2).

In fact, I adjusted my own Windows Insider testing configuration and moved my main desktop to Beta Channel to start seeing these new elements on that device.

If this is the future landscape of Windows 10 development, I am all for it!

We now arrive at the channel with the fewest updates but since it is Release Preview, that is the intention here. Steady and solid updates for long term testing prior to their general availability.

As you can see, there was nearly a month in between these two releases and that is to be expected because this is the Windows 10 (Version 2004) testing branch for the Cumulative Updates that are destined to be released generally each month on the production version of Windows 10.

Eventually, I expect this channel to pick up the mantle for Windows 10 (20H2) which is currently in the Beta Channel as that release date gets closer.

It as been a pretty smooth roll out of the new Windows Insider Program channels with one exception. Anyone running Windows 10 pre-release builds at or below Build 20161 which was released on July 1, 2020 are seeing expiration warnings on their devices for July 31, 2020. This is likely associated with the shift to the new channel configuration and associated expiration dates.

This can be fixed in two ways:

Those of you already in Release Preview channel should not be seeing any expiration warnings and should be fine.