When Microsoft launched the Windows Insider Program back in October of 2014, the method for distributing these testing builds to program members was based on a ring system. Each ring would provide testers with varying levels of access to the development pipeline and the introduction of new features. Each ring also indicated a certain pace of how often new builds would be pushed out to those same testers.

Unfortunately, over the years that pace has not always been reflected in these various rings.

If you have been a Windows Insider for any amount of time, you are already very familiar with these rings which have remained fairly constant over the 5 1/2 year life of the Windows Insider Program. Everything began with Fast and Slow Rings, with Release Preview added in addition to a Skip Ahead Ring.

Last year the Skip Ahead Ring was decommissioned and everyone was bumped into the Fast Ring at that point.

Now that the Windows 10 May 2020 Update, aka Windows 10 Version 2004, aka the former Windows 10 (20H2), has finally been released following its 15 month development cycle, the company is announcing a significant change in the program.

Specifically, the Fast, Slow, and Release Preview Rings are now following the Skip Ahead Ring into retirement. They will be replaced with a channel structure similar to the ones used in the Office and Edge Insider Programs.

Here is a snapshot of the new distribution channels for the Windows Insider Program: 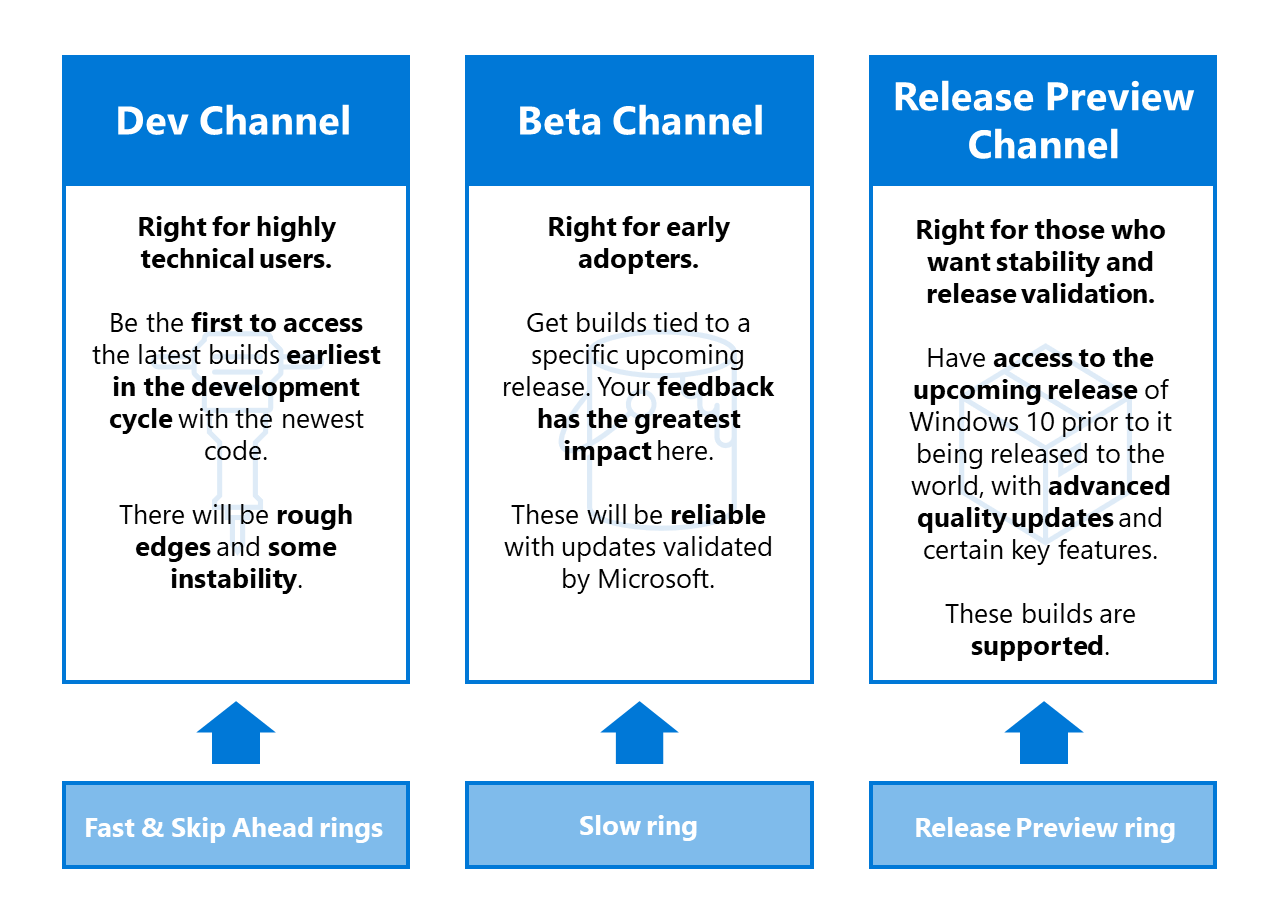 As you can see, there are now three new channels that directly correspond to the former rings of the Windows Insider Program.

In addition, Microsoft makes a point in the announcement about these changes that shifting to these channels are no longer about the pace at which builds are released but focused on quality instead. This is understandable because many Windows Insiders looked to the rings and the release of builds in that very manner. Anytime that expectation wasn’t met, well that resulted in a variety of responses from members waiting for their next build.

By focusing on quality, the Windows Insider team is taking a page from the new Edge team and its  own approach on releasing features and new browser builds – when the quality of testing is correct and not on any arbitrary schedule.

The Windows team has maintained a fairly regular weekly build release schedule recently so it will be interesting to see if that pace remains the norm.

The new channel names will take effect later this month and require no action on that part of Windows Insiders on their enrolled devices.