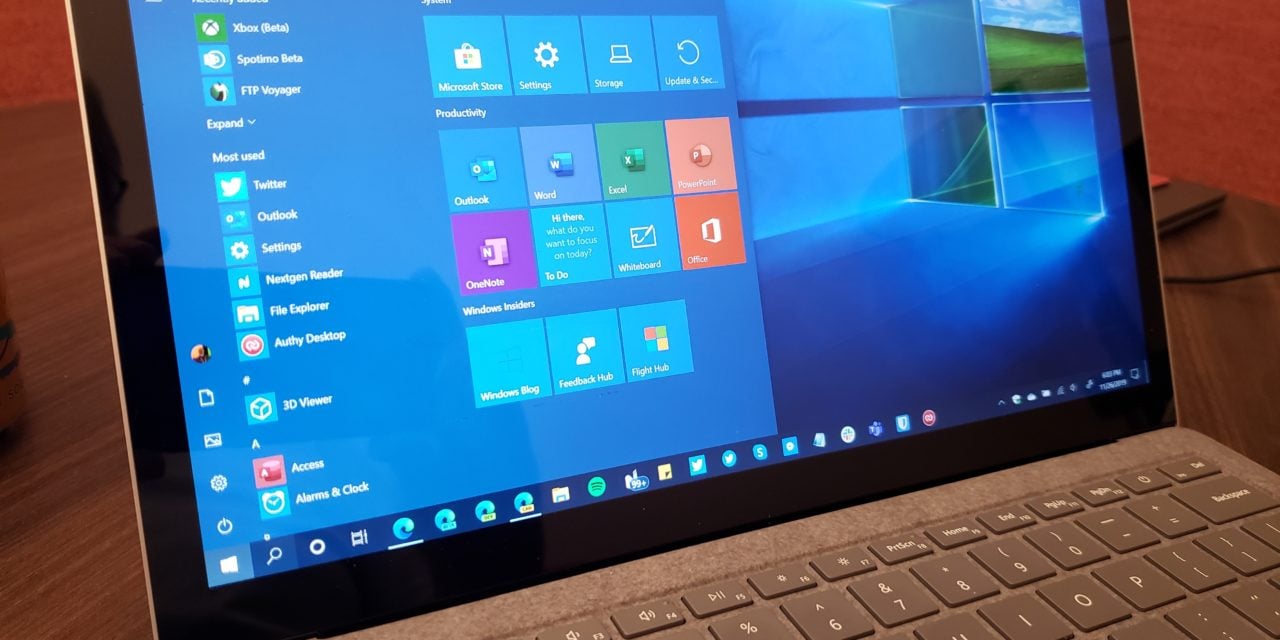 What happened to Windows 10 (20H1) anyway in the course of the last week?

Well, with the release of Build 19033 to both the Fast and Slow Rings today, Microsoft has designated Windows 10 code name 20H1 officially as Windows 10 Version 2004. So in reality, the underlying version of Windows 10 in this build release is still code named 20H1, when this next feature update for Windows 10 goes final in the near future, it will be known as Windows 10 Version 2004. I suspect that will also mean it will eventually be known by the marketing name the April 2020 Update which stays in sync with last feature update releases like the November 2019 Update and the May 2019 Update.

Although, if they treat that like this years spring update, it could be the May 2020 Update as well. Something to keep an eye on for sure.

According to the release notes for today’s build, there are about a Baker’s Dozen of general changes, improvements, and fixes along with a handful of known issues. The last few build releases for Windows 10 20H1 have not had any new features because at this stage Microsoft is finalizing the code for its ultimate release.

I suspect, like many other Microsoft watchers, that the close to/near final build will land sometime in December. That will happen in the Windows Insiders Slow Ring at that time because it looks like Microsoft is ready to begin flighting the next update for Windows 10 after Version 2004.

NOTE: We are looking to begin releasing new builds from our development branch. This means we will be releasing builds to Insiders in the Fast ring from the RS_PRERELEASE development branch again instead of the VB_RELEASE branch. This also means the desktop watermark will be returning with these builds. As is normal with pre-release builds, these builds may contain bugs and be less stable. Now is the time to check your Windows Insider Settings and switch to the Slow ring before if you wish to remain on 20H1.

Take note that if you want to test that next feature update for Windows 10, likely to be known under the code name 20H2, then just stay in Fast Ring and wait for that first build to arrive.