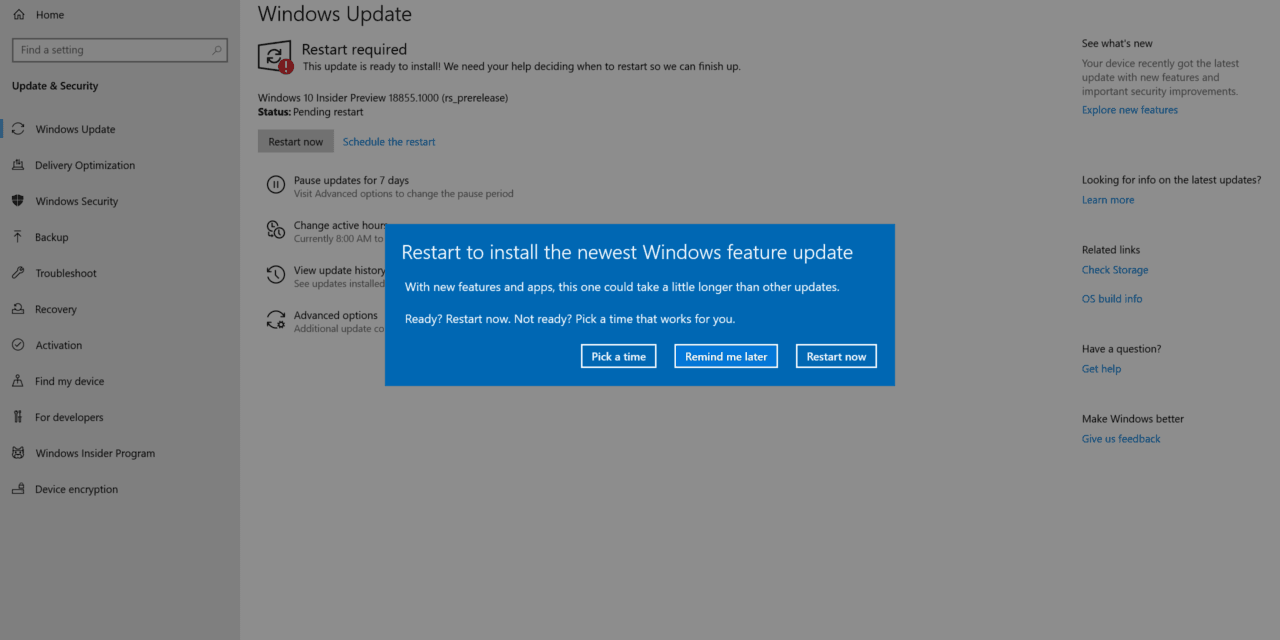 This weeks Skip Ahead build for Windows 10 (20H1) has arrived as expected and it includes several fixes that have already been added to the latest Fast Ring builds for the April 2019 Update, aka 19H1.

As I have mentioned previously, these 20H1 builds are maintaining pace with the fixes in 19H1 so that the core base of the code is matched up. Bugs in 19H1 are also in 20H1 and must be addressed – thus the reason we see those fixes making their way into 20H1 builds.

Once 19H1 is released to Windows Update, which is expected next month, then Insiders will start to receive 19H2 builds in the Fast and hopefully Slow Rings. 19H2 is the second feature update and eighth overall for Windows 10. It should come out in the October 2019 time frame.

So other then this pretty much being the status quo when it comes to Sip Ahead builds right now, I did get another data point for these 20H1 builds for Reserved Storage usage.

This is now the fifth data point since I began collecting them to track how much space Reserved Storage is using with each successive build.

Just like the data points for Fast Ring devices on 19H1, it seems the amount of space being used is stabilizing.