The ability to mirror your Android smartphone screen to your Windows 10 desktop via the Your Phone app was initially announced at Microsoft’s Fall 2018 hardware event in New York City last October.

After about five months of internal testing, the feature was made available to a very limited number of users last month in preview for broader testing.

At that time, it was made very clear that the hardware limitations were very specific for this early stage of public testing:

Microsoft posted instructions on how to check your Windows 10 device for this compatibility mode.

At that time, Microsoft also indicated that Surface Go would be the only Surface device supporting this new feature. That isn’t to say other OEM devices would not be supported but the key is that BTLE Periperhal mode being available.

Over the last few days, I have been seeing a new build for Your Phone, 1.19031.64.0, show up on devices running Windows 10 (19H1) Build 18362.1. As you can see in the screenshots below, the Screen Mirroring option is now listed below the existing Photos and Messages tabs.

Since I have the Samsung Galaxy S9+ running the Your Phone app, I thought maybe my system would now work with the new screen mirroring capability so I jumped in to set it up. On both my main desktop and my HP Spectre x360 (2015), the connection to my phone fails because of incompatible Bluetooth on those devices.

Of course, there is nothing I can do about the Spectre’s Bluetooth because it is built into the device however, I have ordered a replacement Bluetooth dongle that supports the low energy mode for my main desktop. The one I have in that machine right now dates back to before the low energy mode was available on Bluetooth devices.

Once that arrives, I will try once again to set up the screen mirroring and let everyone know what that experience is like.

Until then, here are a few screenshots of that failed setup process. Have you seen this new addition to the Your Phone app yet? Have you been able to get it working with your devices? 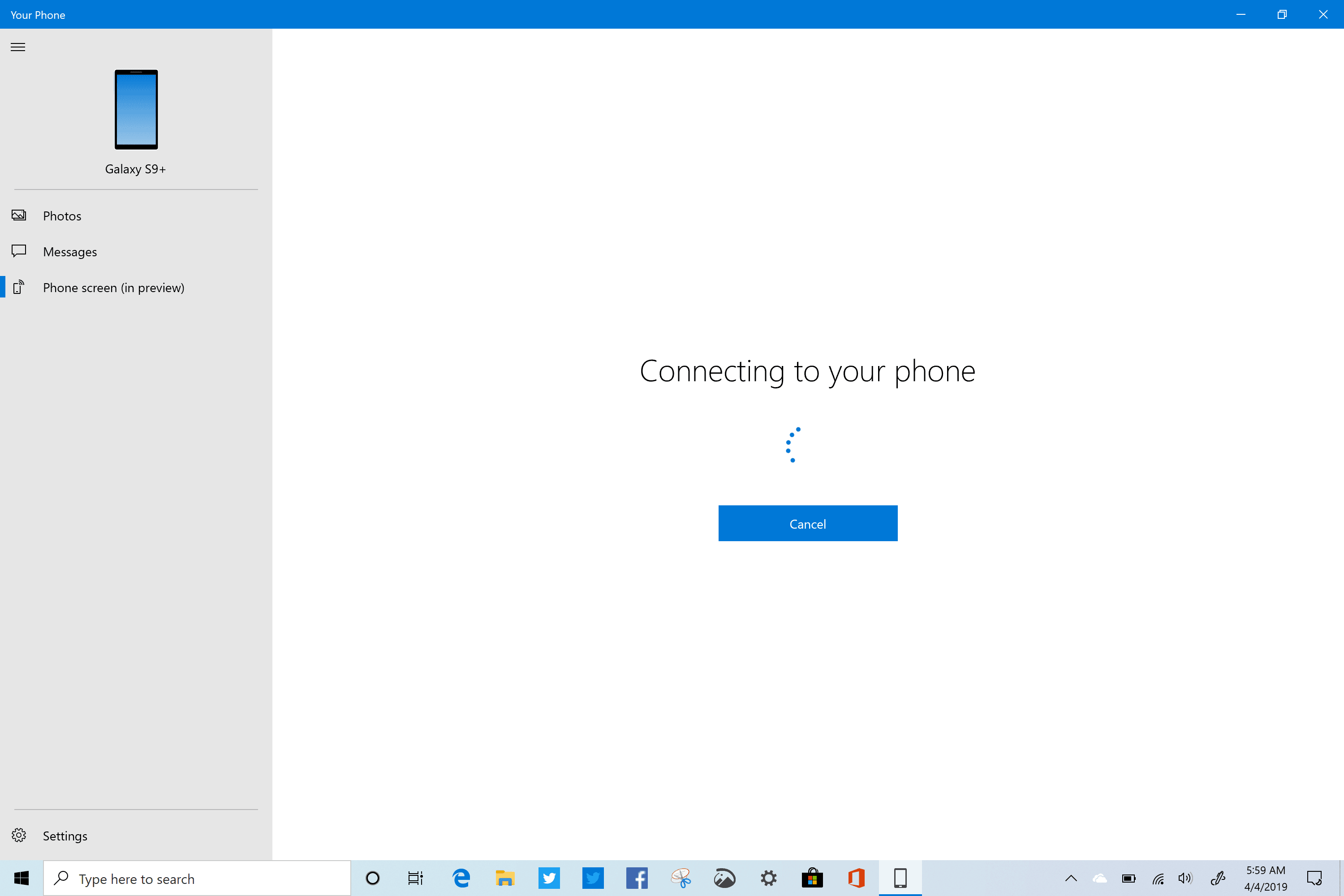