Earlier, I shared some screenshots of an update to the Your Phone app on Windows 10 that is now showing the screen mirroring preview option in a recent app update.

On my main desktop and Surface Book (OG), the phone and PC will not connect due to incompatible Bluetooth. I have some new low energy Bluetooth dongles arriving tomorrow to see if they will allow the devices to connect.

However, on my HP Spectre x360 (15) bare metal test device, after a few hiccups along the way to make the connection, I have the screen mirroring feature up and running with the Galaxy S9+.

You can take a look at what the screenshots of the mirrored phone look like to get a visual but let me share a few observations:

I am looking forward to trying this on other devices once I get the Bluetooth upgraded on them. We now have a very good reason to put Bluetooth on our desktop machines if they don’t already have it in place. 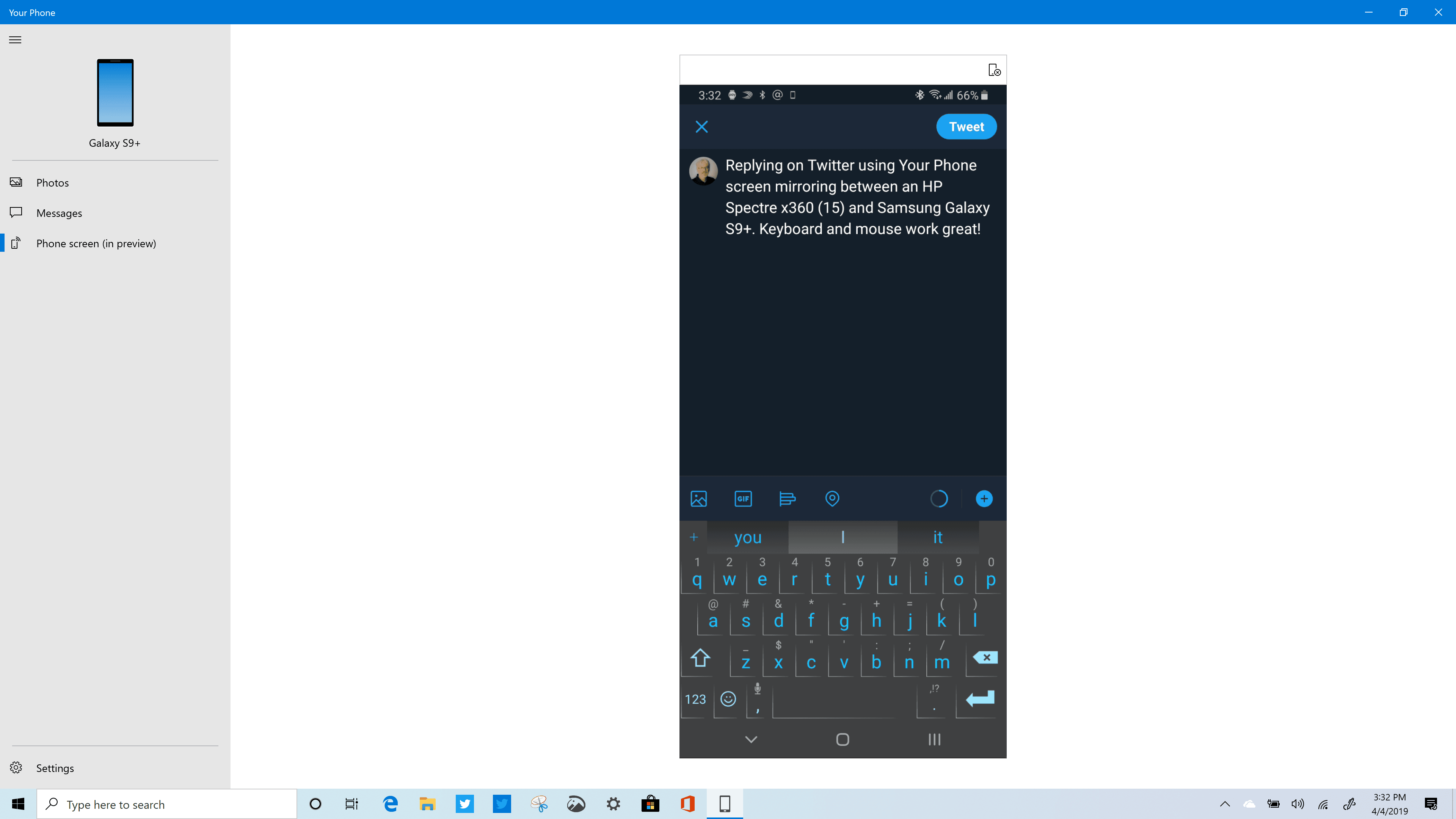