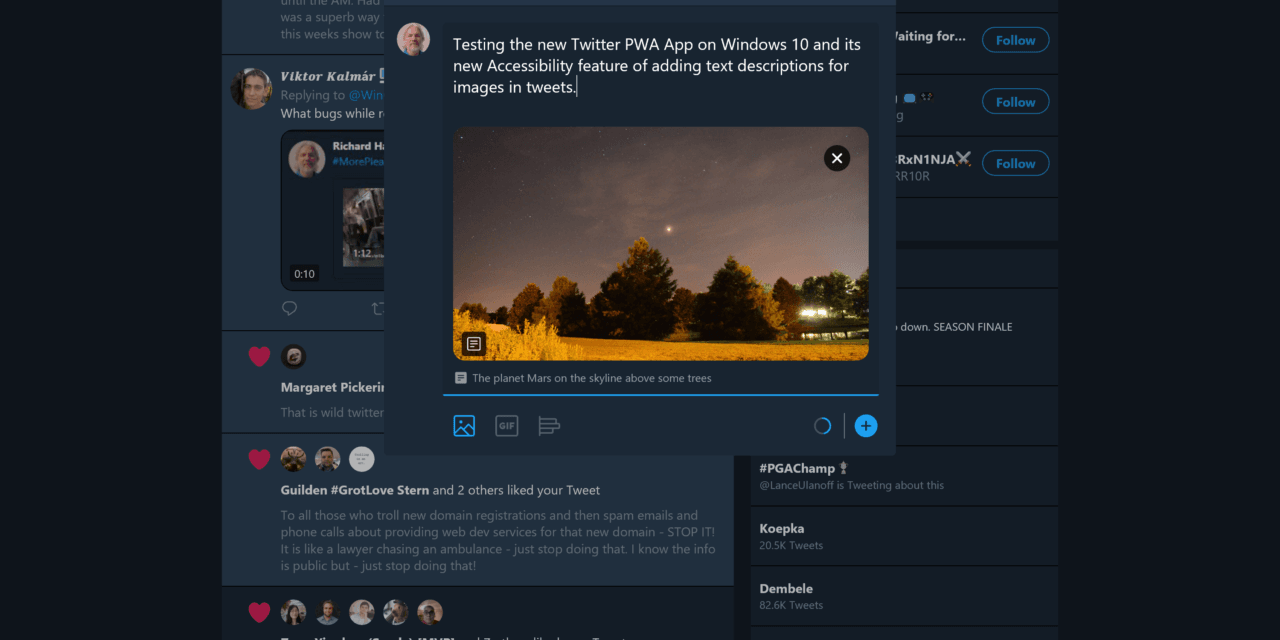 A couple days ago, Twitter did a server side upgrade to their Windows 10 PWA app to add the ability to compose multiple tweets at one time.

Now, for the second time this week, Twitter has added a new feature thanks to another server side update. This time a new accessibility capability has been added.

This new capability has now rolled out to mobile.twitter.com, which is the version of Twitter the Windows 10 PWA app is based on. As a PWA, any updates that are added on the server side roll out to all clients at the same time and usually do not require an app update from that platforms app store.

The accessibility feature that is now part of the Twitter PWA platforms enables someone composting a tweet to add a description to any images or videos that are part of the tweet. This is a very important feature for users who require screen readers so they can understand the context of images included with the text of the tweet itself.

The option to include descriptions of the media in your tweets is not on by default in the Windows 10 Twitter PWA app.

The screenshots below will show you the process. 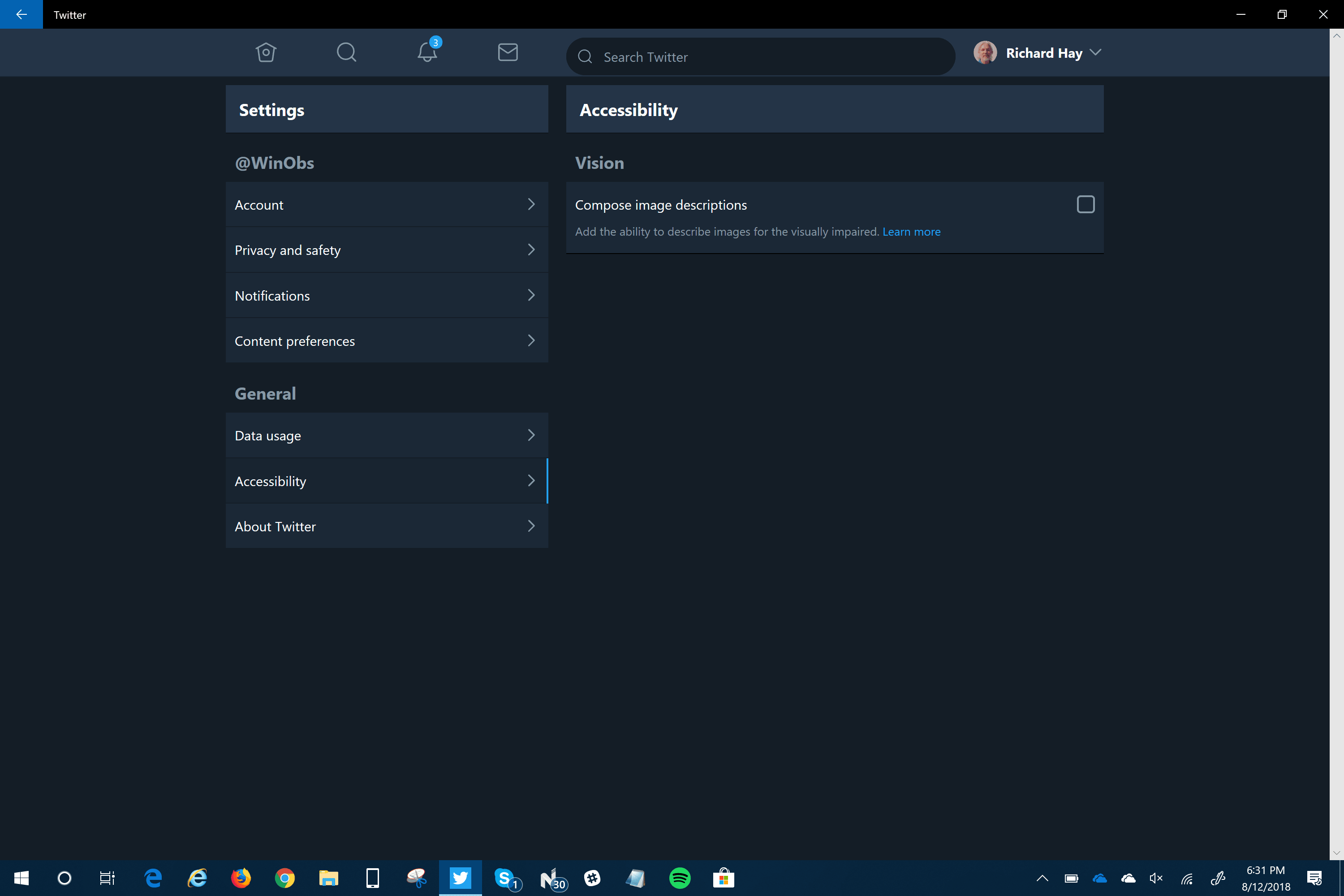 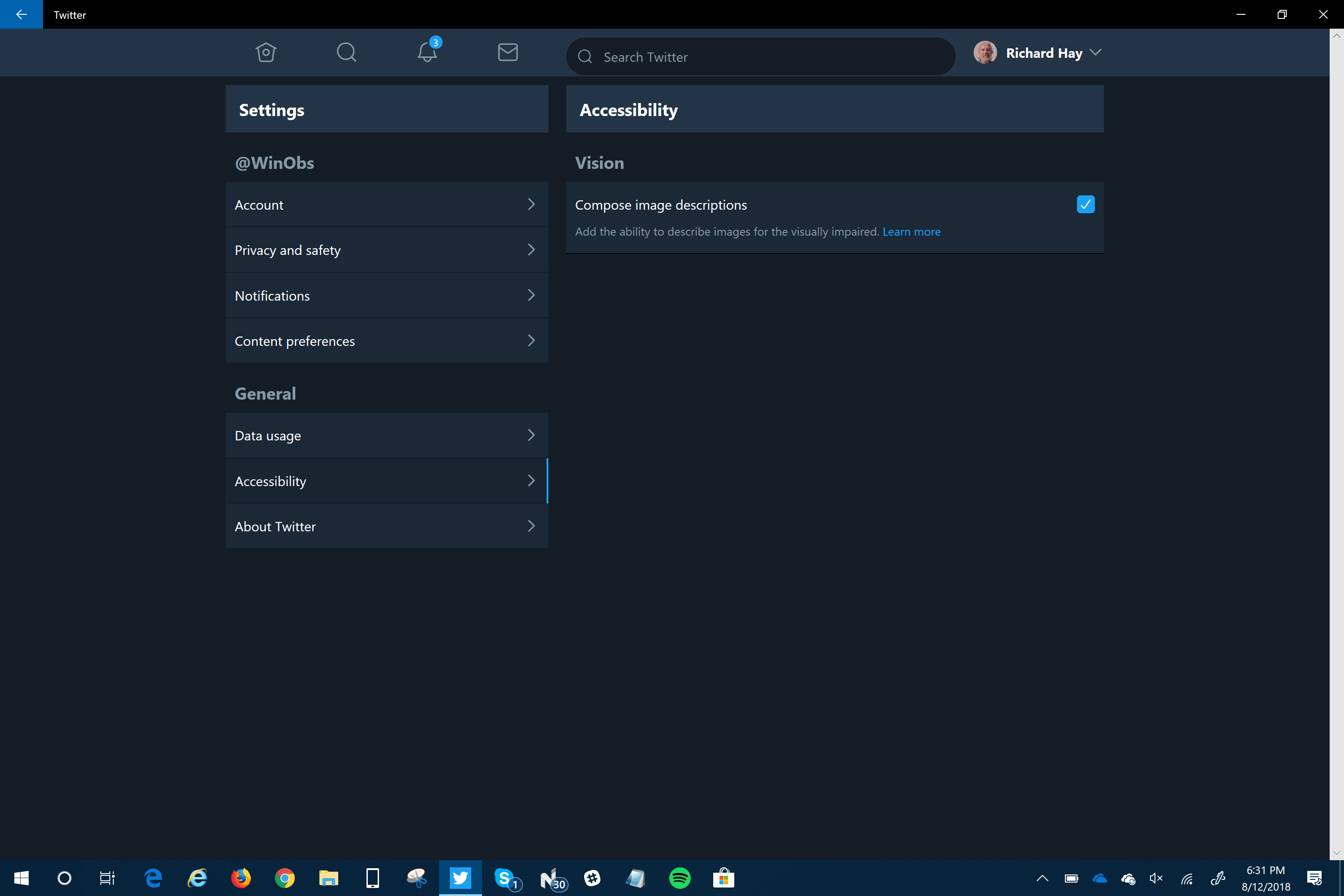 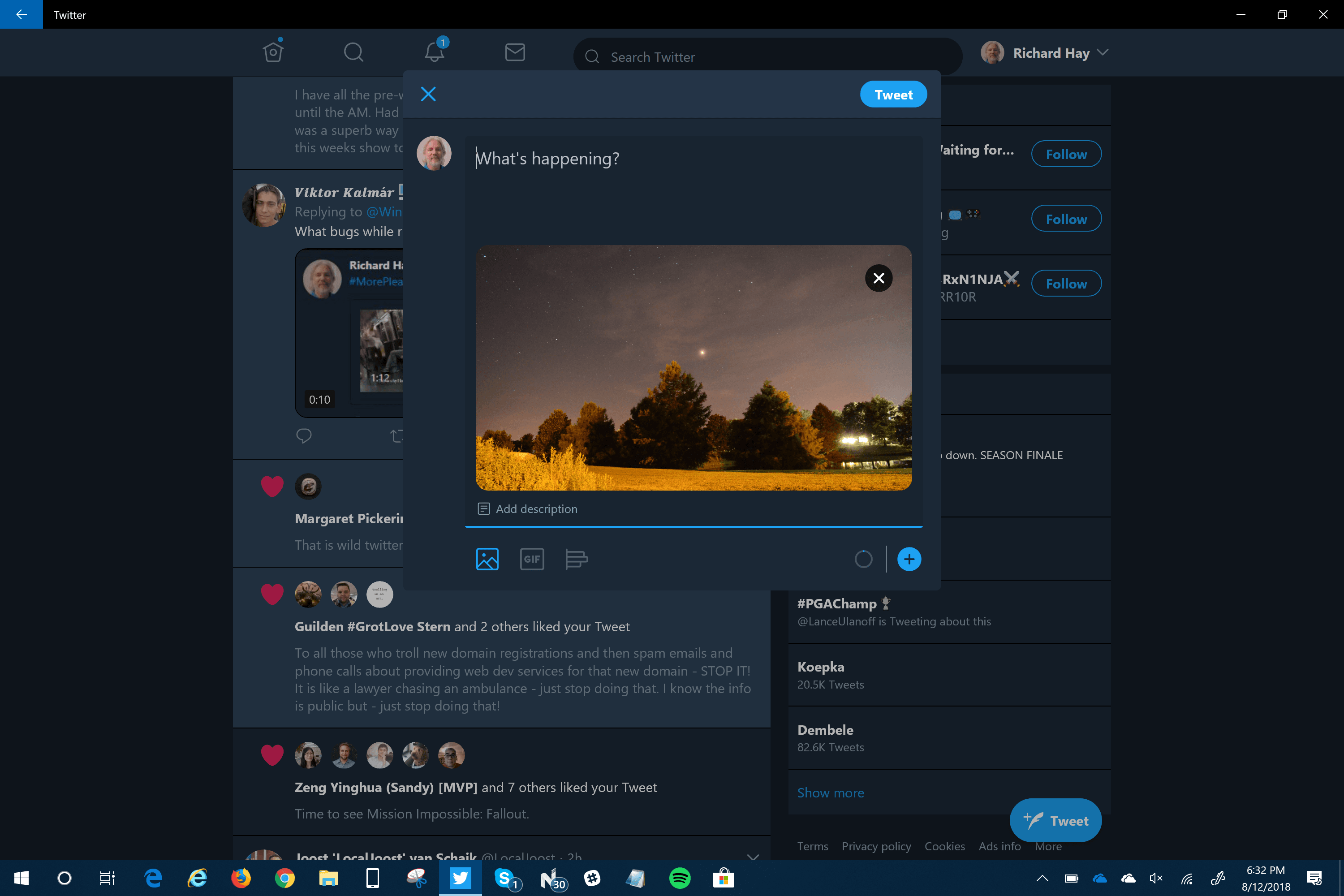 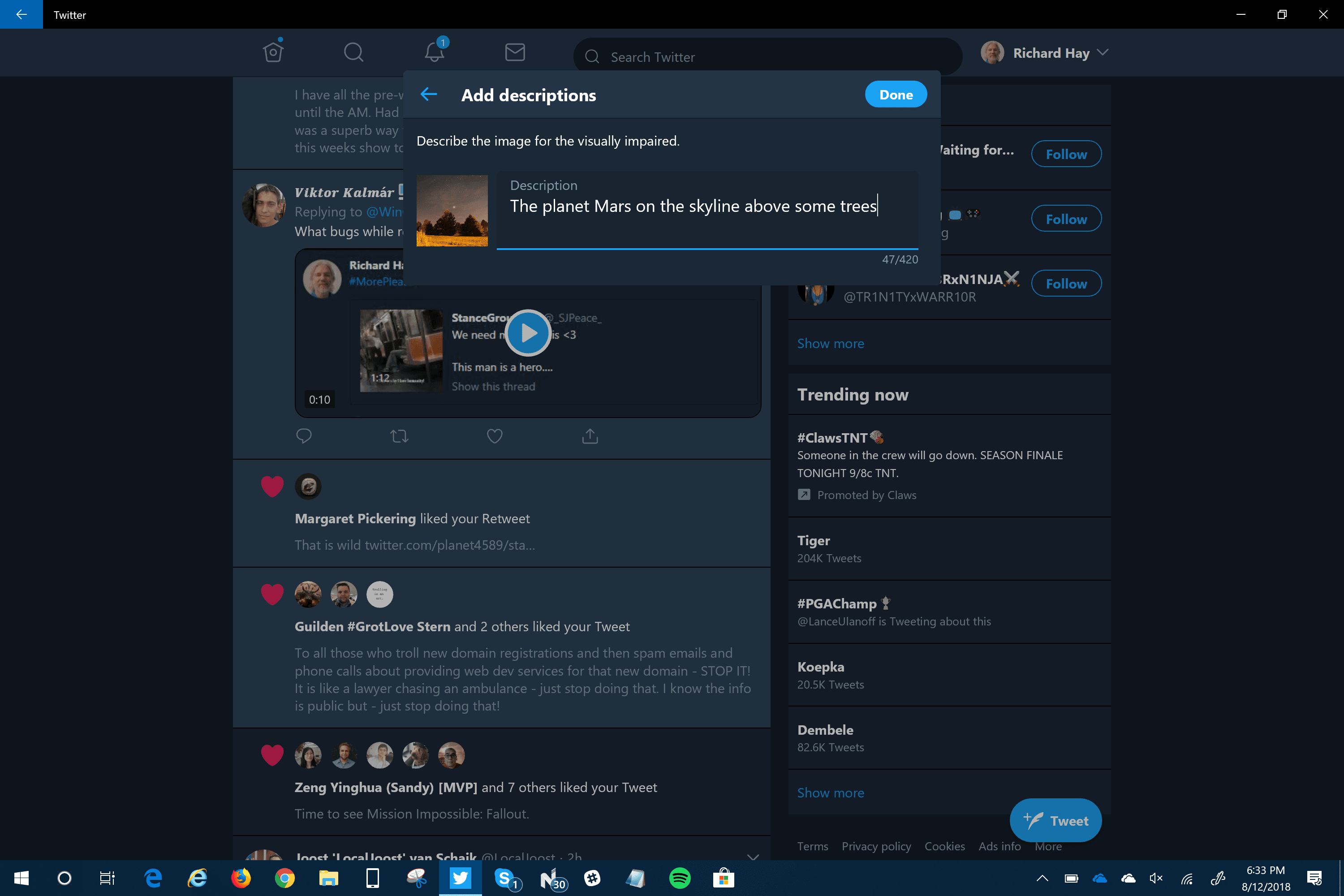 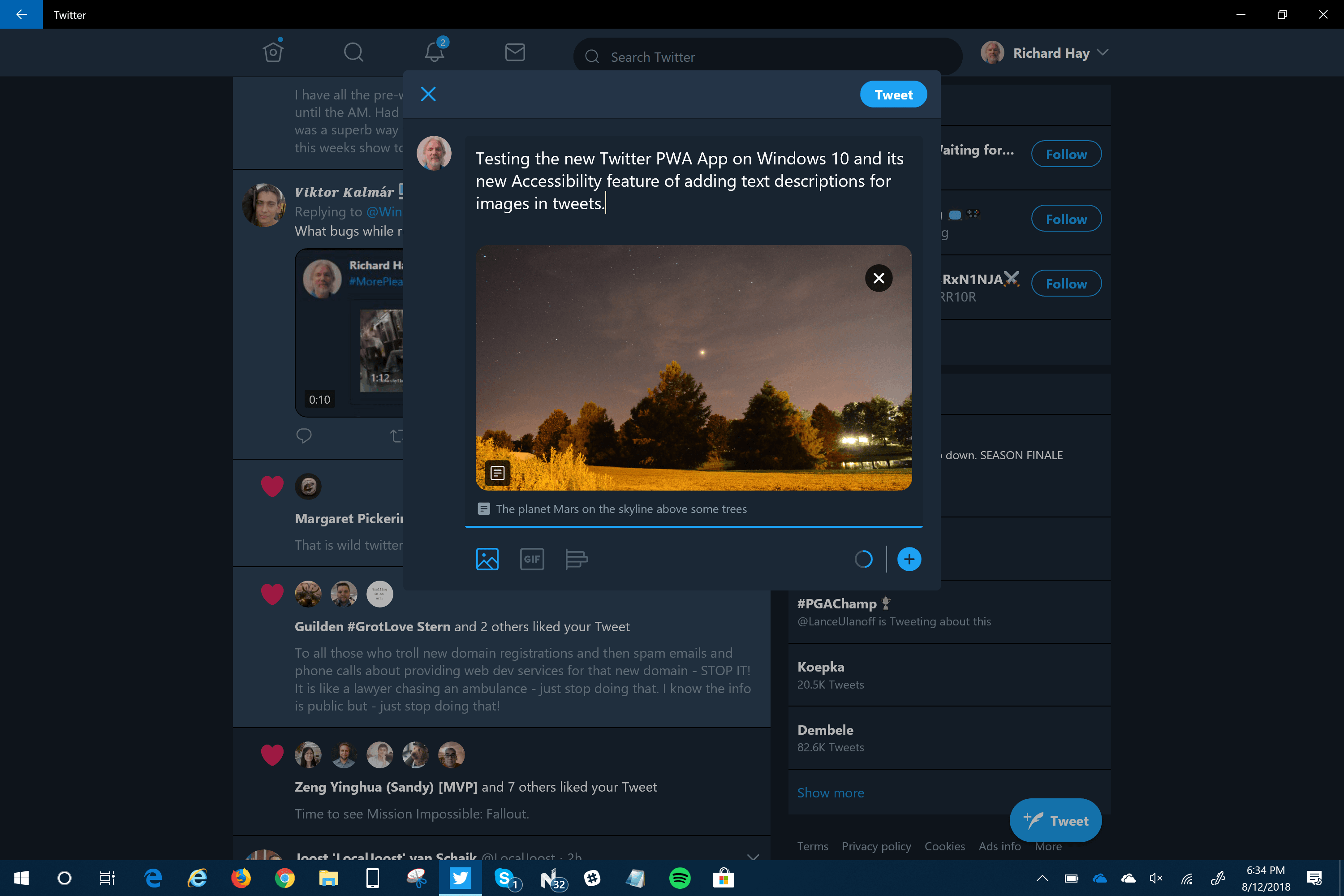