Microsoft Apps App Updated on Android with Your Phone Support 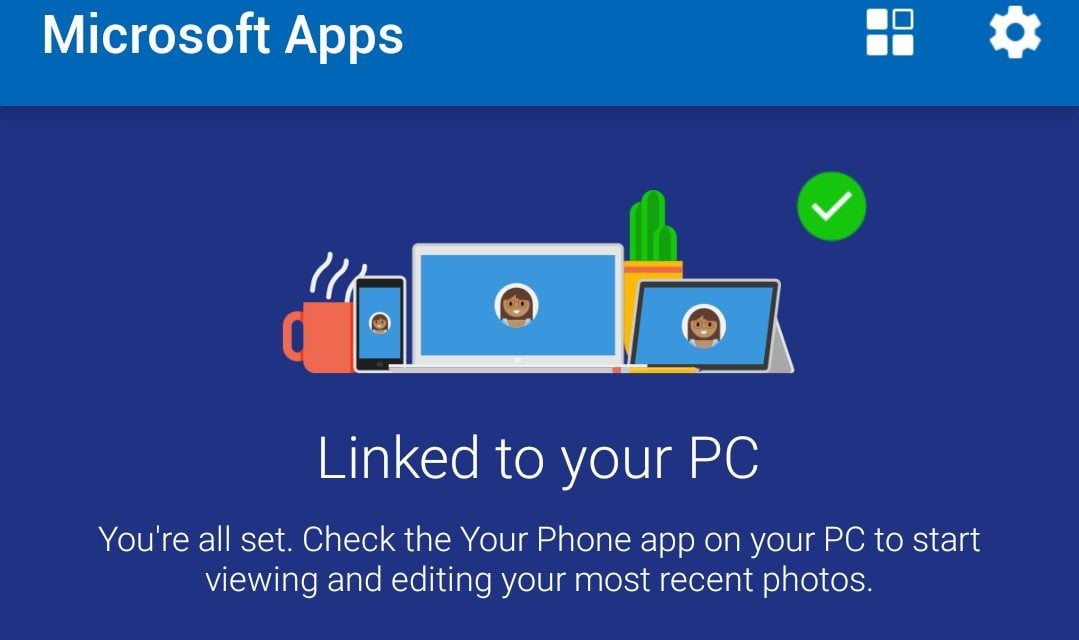 Earlier this week Microsoft released the 21st overall testing build to Windows Insiders as part of the development for the Windows 10 Redstone 5 feature update release expected later this year.

This unexpected Tuesday release to the fast ring, Build 17728, introduced the framework for one of the key features that was demoed back at Build 2018 this past May in Seattle – Your Phone.

Your Phone is a new Windows 10 inbox app that will connect you to your Android or iOS phone to provide quick access to images, texts and notifications. Microsoft has long tried to create a solid messaging solution between the Windows 10 desktop and mobile devices using the same Microsoft Account but it has been elusive. Hopefully, Your Phone will fill this gap but due to restrictions on iOS, users will not get as rich of an experience compared to those on Android.

Anyway, it looks like the first part of implementing Your Phone for testing occurred last night when an update for the Microsoft Apps app was pushed out to Android users.  As you can see in the screenshot gallery below, once the update is installed and you open the app, you are asked if you are a Windows Insider and invited to connect your phone to your Microsoft Account to support Your Phone.

The process is very quick but you must already be enrolled as a Windows Insider plus have Windows 10 Redstone 5 Build 17728 installed to support Your Phone.

Note: The screenshot indicates you must download the Your Phone app from the Microsoft Store however, it is installed as an inbox app by default when you update to Build 17728.

During this enrollment process you must make sure to use the same Microsoft Account that you use as a Windows Insider so that everything will work together. You must also give permission for the Microsoft Apps app to access your photos, media and other files on your phone. This will make them available to the Your Phone app on your desktop.

At this early stage of testing, it appears only access to your recent phone images is going to be available through Your Phone. Hopefully, now that this is almost public for testing, it will iterate quickly so the feature can possibly make it into the final release of the Redstone 5 feature update. However, keep in mind, Microsoft is not making any firm commitments these days when it comes to new features so we will have to wait and see how it goes.

It is possible that this being pushed out in Redstone 5 builds could indicate the app will be part of this fall’s feature update but maybe as a preview if it is not fully ready at release time.

Time to wait and see how it all goes over the next couple of months.