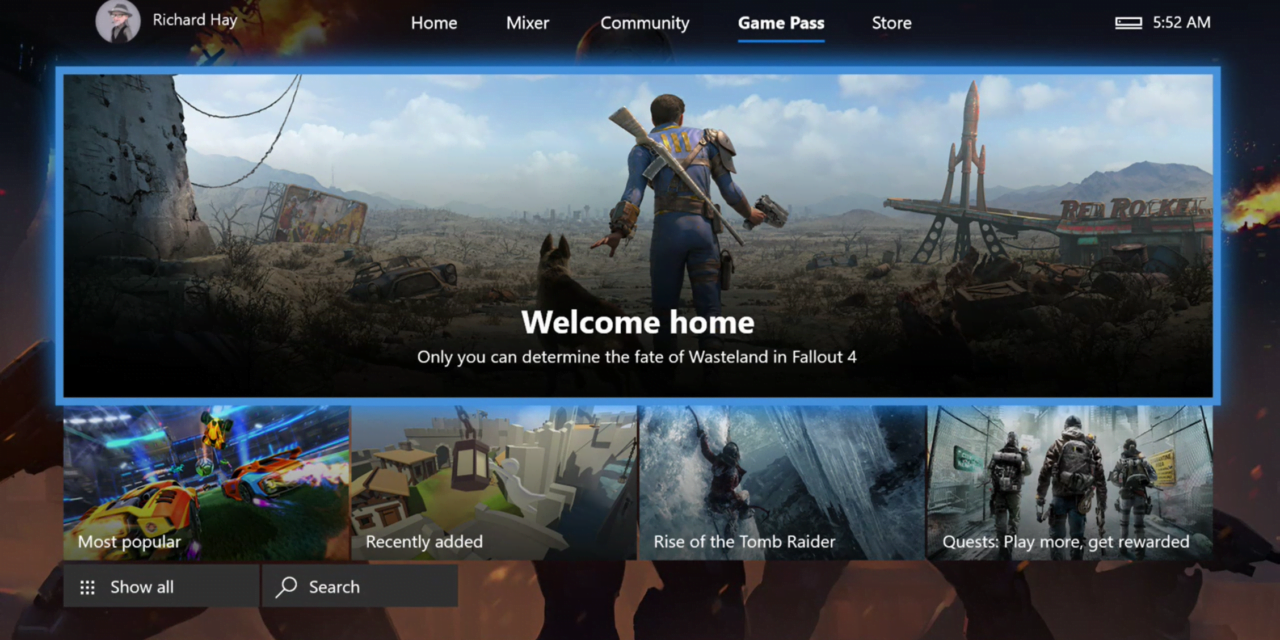 Microsoft launched their Xbox Game Pass subscription service last June and it has had a busy first year.

The premise behind the pass is simple, pay a monthly subscription fee and have access to a curated list of more than 100 games. Unlimited gaming time, earn Gamerscore and achievements from the games, get discounts when purchasing downloadable content for library titles and also get 20% off any Game Pass titles you might want to purchase.

Microsoft maintains the library and each month adjusts the offerings by adding new titles and removing lesser played games to keep things fresh. As long as you are subscribed you have access to the game and if you decide to drop your subscription then you still keep the Gamerscore and achievements you earned when playing the game.

Microsoft has now handed over the Entertainment tab that used to be on the Xbox One console home page and given this to Game Pass. This gives the subscription service front and center billing across all Xbox One devices.

While that placement might not be enough to get you to subscribe to the service, recent announcements make this a very attractive offer. During E3 a couple of months ago, Microsoft confirmed that all first party studio titles will be available on Game Pass the same day they are released for retail sale. The first title along this line was Sea of Thieves earlier this year and later this year Forza Horizon 4 will also be available to Game Pass subscribers on the 2nd of October when that game is released to the general public.

At a monthly cost of $9.99 and an annual cost of $99 (savings of $20 versus monthly subscription), two big releases each year like Sea of Thieves and Forza Horizon 4 make Game Pass a no brainer in my opinion. Now just add the long list of titles that are also available as a standard part of that game library and you have some real value.

P.S. If you keep your eye on Amazon’s Xbox Game Pass listing you can find significant discounts at times. I have previously grabbed 50% off for my own subscription.