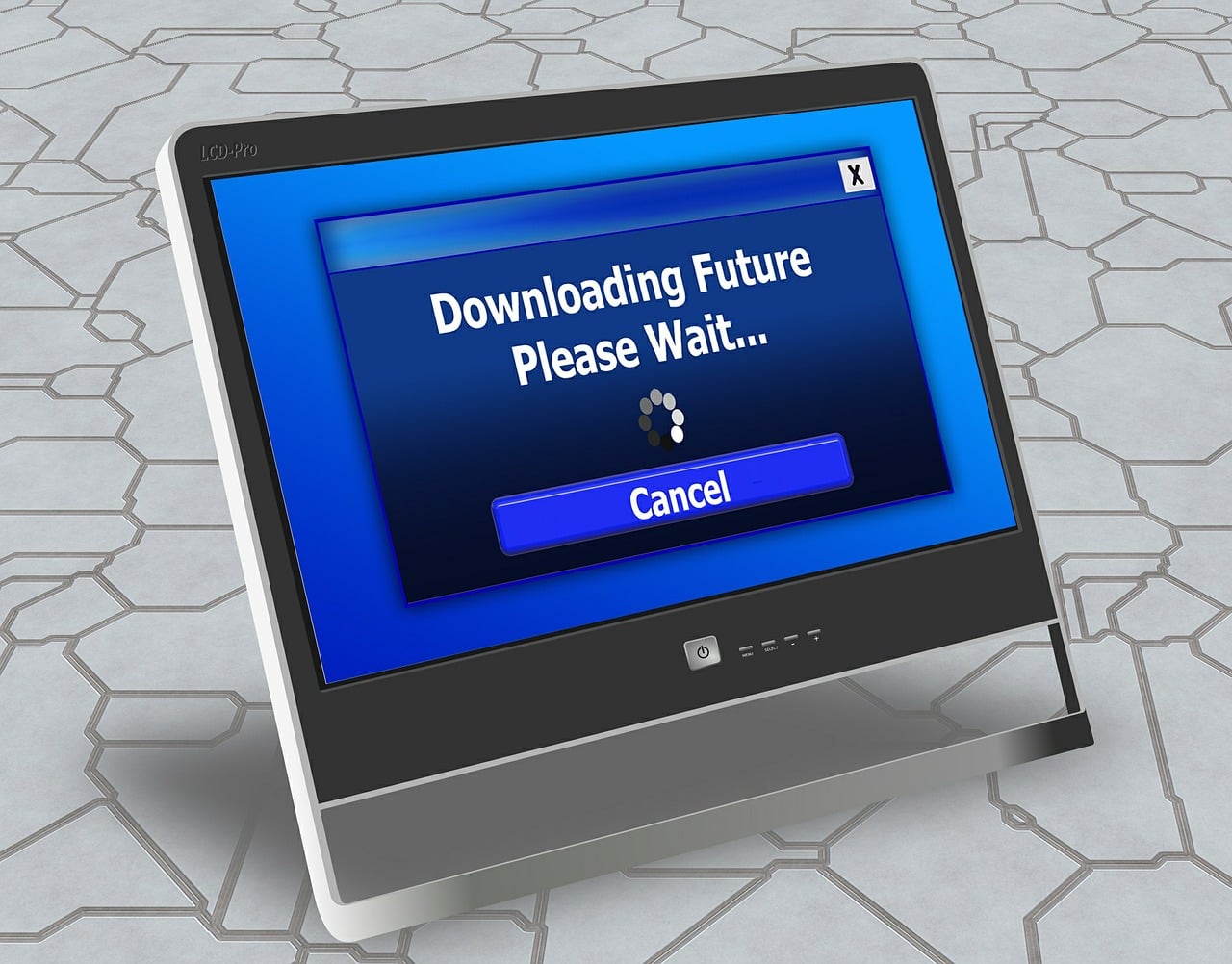 Windows enthusiasts everywhere, well at least those that play close attention to such things like members of the Windows Insider Program do, are catching their breath this evening after a significant shuffling of the cards happened with the next feature update of Windows 10.

Many observers have been under an expectation these last couple of weeks that we were really close to the final version of the Windows 10 Redstone 4 feature update. Not unexpected when you look at the recap of the last few weeks I provide down below. We have been here before with past feature updates so there was no reason to believe things would be any different with Redstone 4.

However, we now know the norms for this process no longer apply. Overtaken by events that shifted everything out of whack which we expect as normal in this process of testing and seeing feature updates released to the general public. The disruption means a reset to the path which leads to the general release of the Windows 10 Redstone 4 feature update to end users outside of the Insider testing program.

It began earlier this evening when Microsoft released Windows 10 Redstone 4 Build 17134.1 to Windows Insiders in the Fast Ring.

Now in the course of testing new feature updates for Windows 10, this is a common occurrence however, tonight it is different and quite rare.

Let’s take a look at what has been happening over the last few weeks and what all the actions and discussions have been leading towards.

On March 27th Microsoft released Windows 10 Redstone 4 Build 17133 to Fast Ring Insiders. As with the previous 25 builds in the Redstone 4 development branch, this was a fast ring build like any other with a couple of exceptions. This was the second build without any watermark on the desktop which, as Microsoft told us in the release notes, they were checking in final code in preparation for the final release. Removal of the watermark is part of that process and began one build earlier with 17128 four days earlier.

This was also the tenth build for Redstone 4 that was in the rs4_release development branch instead of the pre_release branch. This is another step, it started on 14 February, in a development builds progress towards final release as a feature update – in this case Windows 10 Version 1803.

On the 30th of March, just one week after the Fast Ring release of Windows 10 Redstone 4 Build 17133, Microsoft released this same build to their Slow Ring testers in the Windows Insider Program.

This is a fairly common occurrence in the mid to late stages of a feature updates development and expands the testing audience by about 40% according to Windows Insider Chief Dona Sarkar. When you combine the approximately 25% of Windows Insiders whom are in the Fast Ring – that adds a significant number of devices to the testing pool.

This feature update – Windows 10 Version 1803, the 1803 stands for March 2018, is one of Microsoft’s two semi-annual targets for feature updates. The move of this build to the Slow Ring indicates the build could be a potential candidate for final release of Version 1803 because it is so late in the development cycle.

The Slow Ring roll out plan included an on demand style that would test the Microsoft distribution systems/channels which would carry the final build of Windows 10 Version 1803 to end users. Microsoft stated that anyone could check for updates on their Slow Ring based devices manually to install them immediately. However, anyone else would not immediately see this build in the Slow Ring and full availability of the build would happen that following Monday, the 2nd of April.

Just like the release to the Slow Ring mentioned earlier, this release was only targeting select machines in the Release Preview ring but any members of the Insider program could manually check and get the build on their devices.

Full availability of the build for Release Ring members was targeted for the 9th of April.

Microsoft updated their release notes for Windows 10 Redstone 4 Build 17133 for the third time since it initial release on 27 March indicating that they were continuing to test their targeting for Release Preview ring devices. Once full availability happened, Microsoft stated they would post a notice on the Build 17133 release notes page to inform testers.

The fourth and final update to the release notes for Windows 10 Redstone 4 Build 17133 happened today.

In that update, Microsoft advised Windows Insiders in Fast, Slow, and Release Preview rings that a cumulative update for Windows 10 Redstone 4 Build 17133 was being released to all ring levels in the program.

This update added no new features but did address the following quality improvements:

Installation of this cumulative update, KB4100375, resulted in Windows 10 Redstone 4 being updated to Build 17133.73. It was not made clear if these issues are what caused the earlier delays with pushing this build to all members of the Release Preview Ring as noted above.

This means the cycle of working a potential final build of Windows 10 Version 1803 to release once again progress through the Slow and Release Preview rings before its broader availability to the general public.

Microsoft has not announced any specific timeline for this process.

Release To Manufacturing and Other Rumors

Over the course of the three weeks chronicled above, plenty of indicators, rumors, and other tidbits floating around social media and being written about on various tech sites about 17133’s status. This is quite normal and has been for some time now – even well before Windows 10 and the Windows Insider Program began in 2014.

Release to Manufacturing, back in the days when discs made their way to OEMs for installation on new devices, was always a rumor target. One of the closes kept secrets, for the most part anyway, that final gold build of Windows and when it would be sent to OEMs. That also indicated only around 30 days remained until the release of that next version of Windows. Of course, this happening once every three years or so compared to the fast paced semi-annual updates we see under Windows 10 made it a big deal in those days.

Although many have continued to hold tightly to the idea of a feature update of Windows 10 being Released to Manufacturing it has become dated under the auspices of Windows as a Service (WaaS). WaaS is the new agile approach to the development of Windows 10 which results in a new feature update being released twice a year by Microsoft.

In addition, OEMs can now get the final build of the latest feature update for Windows 10 by downloading it immediately via the web. It is less than a 4GB download for most versions. How easy is that?

I know the term Release to Manufacturing is a part of our software testing lexicon but I have a recommendation that could lead to a more realistic representation of what the various builds are as they are heading to a final release of a feature update.

It seems the biggest challenge we face is what to call that final build as it makes its way through the Fast, Slow, and ultimately into the Release Preview ring.

In fact, builds that enter the Fast and Slow ring are fairly common so calling them by their ring name makes sense. However, we know that Microsoft is targeting semi-annual feature update releases in March and September of each year – this is something they have officially announced previously.

So there is a tendency to label Slow Ring builds in these late stages as Release to Manufacturing builds. This doesn’t come from Microsoft though – it comes from enthusiasts, Microsoft watchers, and others interested and paying attention for when the next feature update is going to be available.

In reality it is just another Slow Ring build, granted, it is closing in on the possibility of being the final release, but it is just a step in the process.

What about when that same build makes its way into the Release Preview Ring? One step closer to Release to Manufacturing right?

That will not happen this cycle with Redstone 4 because of today’s reset with Windows 10 Redstone 4 Build 17134.1 being released to the Fast Ring. Of course, that has always been a possibility over these last few feature updates but unnecessary until now.

So why not just call these by their ring name – Release Preview – instead of Release to Manufacturing?

Ultimately, the bigger adaptation that must happen is not what we call these builds. It is our expectations.

Steady releases of feature updates in the near exact sequence we expect is a norm. Today we learned the potential exists for the final release build in, even in the Release Preview ring, could end up not making that final step.

Will Windows 10 Redstone 4 Build 17134 be the build that goes out to Windows 10 users as the fifth feature update for the OS? It has the potential if it continues through the Fast, Slow, and the Release Preview rings without issue.

In a WaaS world, this is the reality. I think a new shift that might be happening within Microsoft as Windows role changes within the company.

That shift means updates release when ready and work on stabilizing these feature updates continues constantly. I even think this could lead to fewer feature updates in the long run. More attention then can get focused on the long term stability of the OS.

Nearly 2,000 words makes for a long read. Thanks for your perseverance working your way down to this point of the article.

We may never solve the frustration which occurs when things seem to not go as expected. This is a very normal reaction but it usually occurs because expectations are unmet. It may be time to change our expectations when it comes to Microsoft, Windows 10, and feature updates.