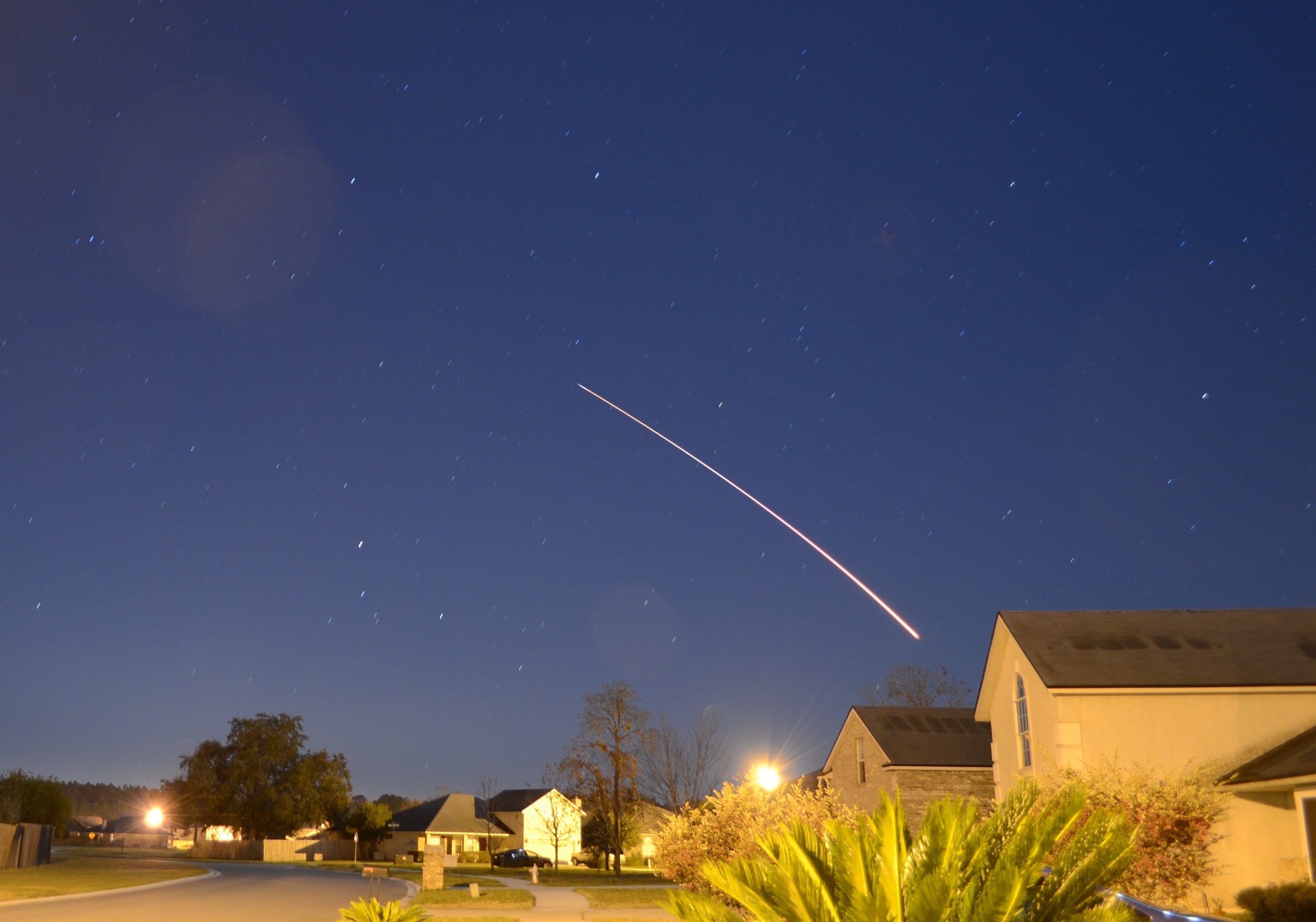 One of the huge benefits of living on the North East coast of Florida is the ability to walk outside and look towards the south-east and watch rockets launch from the Cape Canaveral Air Force Station (CCAFS).

Although most are visible at anytime of the day the most spectacular launches for viewing at 120 miles to the north are night launches.

This morning at 4:47 AM we had an opportunity to view a night launch from just South of Jacksonville, Florida as SpaceX launched a Falcon 9 rocket from the CCAFS carrying over 5,100 lbs of cargo in a Dragon capsule that was heading to the International Space Station.

What was unexpected as I watched this early morning launch was seeing the Stage 1 re-ignition as it started to slow down the booster for its re-entry and barge landing attempt. As far as I can recall this is the first night-time launch of a Falcon 9 since SpaceX has been performing this re-entry maneuver with the first stage of the Falcon 9.

Here are my shots from this mornings launch taken with my Nikon D5100 DSLR.

The Falcon 9 produces a massive tail of fire as she starts the climb to orbit. Crystal clear from 120 miles north of the launch site. This shot is a 45 second exposure at f/3.5, ISO-400 and a focal length of 18 mm.

This image has been post edited to show the plume around the Falcon 9 rocket just prior to Stage 1 separation. This is a 14 second exposure at f/5, ISO-400 and a focal length of 38 mm. This image shows Stage 2 (higher arc) and Stage 1 (lower arc) as Stage 1 fired its engines to reenter and attempt that barge landing. You can also see the plume around both parts of the rocket at this point. This is a 26 second exposure at f/5.6, ISO-400 and a focal length of 52 mm. This final image is about 7 seconds after the one above and continues to show Stage 2 on its climb to orbit with the Dragon capsule onboard and Stage 1 still firing its engine for descent to the barge landing attempt.  This is a 12 second exposure at f/5.3, ISO-400 and a focal length of 48 mm.

Although the barge landing attempt was not successful it is an amazing thing that the Stage 1 part of Falcon 9 was able to track and find the barge to even make the landing attempt.  I have no doubt that SpaceX has the engineers to figure this out and make it happen soon.