Relive Apollo 11 Launch via Twitter on its 45th Anniversary 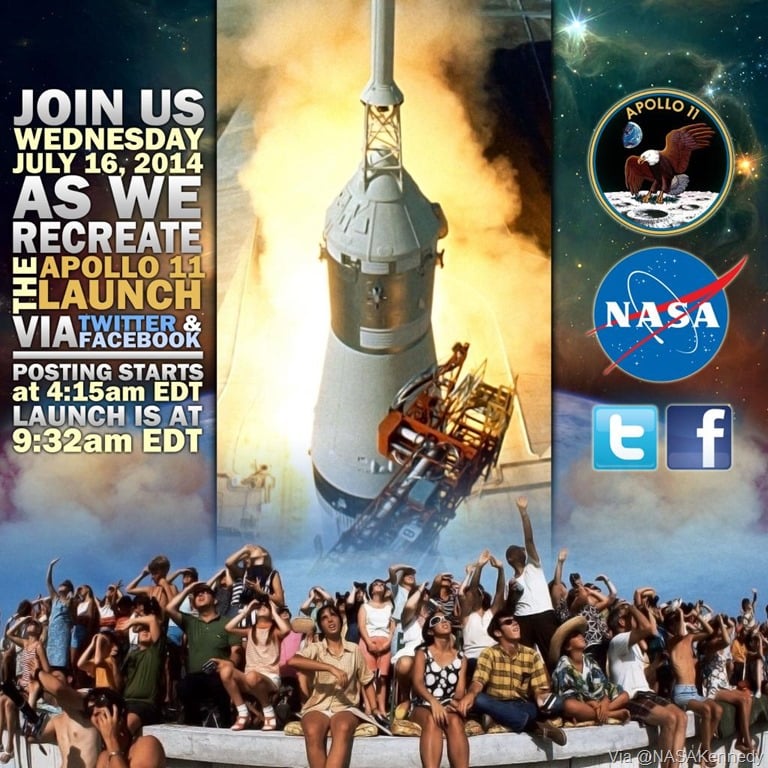 There is no doubt that Twitter has changed the way we experience various events that happen around the world.

From sports, science, politics, finances, technology and in so many other areas Twitter has become an entirely different way to not only experience these events but to also participate in them.

There have been several times that past events have been re-experienced via Twitter by having the event tweeted as if Twitter was there for the initial event. It brings a new perspective to history and allows you to participate in it as if you were there when it first happened.

Tomorrow, the National Aeronautics and Space Administration (NASA) will recreate the historic launch of Apollo 11 which took the first men from Earth to the surface of the moon 45 years ago.

Neil Armstrong, Buzz Aldrin and Michael Collins launched from Cape Canaveral on the historic mission perched upon the top of the 363 foot Saturn V rocket at 9:32 AM Eastern Time on 16 July 1969.