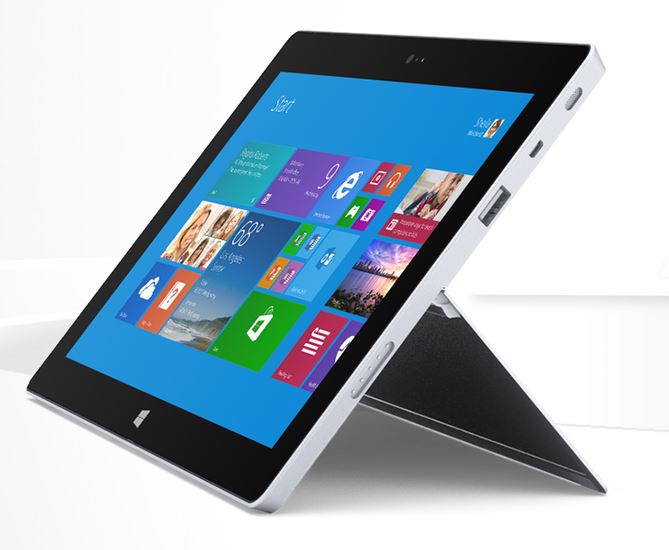 Well it appears there is a Surface related announcement coming up on the 20th of May from Microsoft as several tech outlets shared yesterday about an invite they received to attend the event in New York City.

Two factors that help move the speculation towards this being about the Surface Mini is that it is being hosted by the Surface team and the Surface Mini cover from a third party vendor on Amazon that indicated it would be available on 18 May for purchase.

I guess it is possible that this gathering could be about a hardware update on the current line of Surface hardware but why have a private press event to do that?

So based on those elements I am going to go with the revelation of the rumored Surface Mini.

There are plenty of predictions and rumors about the hardware specs for this device, some of which may be very accurate, but I want to focus on what I think Microsoft needs to do with this new device to make it popular amongst end users.

During my final days at Best Buy I sold several small form factor Windows 8 devices to people who came in looking for them. They had their desktops, some had Android and iOS tablets and even a couple had Surface tablets.

The primary driving factor in their pursuit of this small form factor Windows 8 device was Windows compatibility and a little productivity on the go. They were simply not getting as much productivity from their current mobile devices – except for those who had a Surface already. For them they wanted even smaller portability and longer battery life but the synching they enjoy between their Windows 8 devices.

The most popular device for these folks was the ASUS T100 Transformer. This 10 inch device had the full blown version of Windows 8.1 installed, included a keyboard dock and came with a code to download Office Home and Student 2013.

So can a Surface Mini device be a popular option for these types of buyers?

Well based on the scuttlebutt concerning the specs on Surface Mini one significant factor will be missing and that is the Mini will supposedly run Windows RT and not the full version of Windows.

However, how many people will be doing full blown desktop tasks on an 8 inch screen on a regular basis?

Would it be possible to do them – yes – absolutely.

Is it the best productivity solution – no – it is not.

However, in a pinch you could get work done on the device and not just use it for consumption via the web and apps.

There is a possible exception to this productivity dilemma on a small form factor tablet like Surface Mini and that relates to Office, which should come with the device at no cost since it is smaller than 10 inches, and that would be the codename Gemini project.

Gemini is supposed to be the Metro/Modern style touch first Office apps for Windows that Mary Jo Foley reported on last year.

If those apps take full advantage of the touch environment, as they are expected to, then productivity on this small screened device could be very, very good. I think the Office for iPad apps, which were recently released and hugely popular, are probably helping the development of this version as well when you think about it. What better way to refine the touch experience for the Windows Store version of these apps than to see what works and does not work for Office for iPad users.

In fact, I would not be surprised to see the Windows Store version of Office apps take on a similar approach towards usage and capabilities.

The apps would be available as a free download and allow you to view/present those documents on your device but in order to edit and create documents you would need to be subscribed to Office 365.

This could be slightly modified on ARM based devices like Surface, Surface 2 and Surface Mini and allow them to perform those functions in those specific versions since they already come with Office 2013 RT.

For all other desktop or users on full Windows 8 devices they would need the subscription to Office 365 to activate those additional capabilities.

It really does make sense as Microsoft moves Office towards what I believe will be a purely subscription based purchase scheme in the next few years.