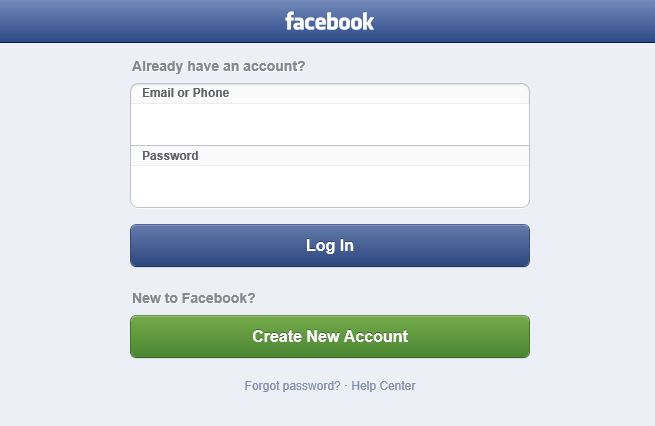 Editor’s Note: This is a guest blog post by Ilan Nass of Fueled which is the world’s premier development and strategy firm specializing in creating Android and iPhone apps.

From its humble beginnings in 2004 as an online Harvard campus directory, to its rapid ascension to the top of social media forums, Facebook has literally changed how we interact, communicate and relate with family members, friends, everyday acquaintances, and like-minded individuals. Thanks to Facebook, we are all but a few clicks away from expanding our global network of contacts.

Facebook dominates that all-important top position among social media websites. In just 9 short years, it has progressed from a modest 500 members to currently 1.19 billion monthly active users. So what exactly would we do if Facebook went away? More importantly, how would we survive and what would change for us as a result?

1.  An Appreciation for All Things Private

There’s something to be said for privacy. There’s also value in an individual’s ability to live their life in the present, without having to live vicariously through social media. After all, living for the moment is ultimately what matters most–not constantly updating a Facebook page.

Facebook’s most ardent users become infatuated with, and indeed addicted to, updating their statuses in real-time. In essence, they face a constant struggle to disconnect from the online world. Perhaps the easiest way to survive without Facebook is not to have access to it in the first place. Will this stop you from sharing those things most important to you, with those closest to you? No, it won’t.

2.  We’ll Find Other Ways to Occupy Our Time

Much like Myspace, the once dominant social media website it usurped, Facebook will eventually no longer be cool, fashionable, or stylish enough for a new generation. In fact, just last month, Facebook admitted as much when it stated that usage among teens was declining. Ultimately, we’ll simply choose some other way to keep ourselves busy and teens will drive that initiative.

Email has, and always will be, the absolute worst form of communication. Writing on Facebook is akin to firing off a poorly written email. It frustrates, annoys and angers uses who can decipher tone or emotion. Ultimately, not having Facebook will help us get back to a simpler, more direct means of sharing things that are most important to us.

So, what exactly is Facebook, anyway? Is it a benevolent entity simply trying to help us get closer to the ones we love and appreciate? Or, is it nothing more than a faceless organization with a singular purpose of driving revenues by inundating us with advertisements?

Facebook may have started out as nothing more than a school project, but it’s now a multi-billion dollar organization, one with thousands of shareholders and stakeholders who have a vested interest in Facebook’s bottom line.

Taking a step back may just help give us some perspective. After all, it’s a profit-driven enterprise. It simply doesn’t have our best interests in mind. In the end, Facebook’s demise may just be the impetus we need to get back to an active lifestyle.

5.  We’ll no Longer be Isolated

Can an argument be made that Facebook leads to isolation? Yes, it can, and that’s the ultimate irony for a website that’s supposed to turn introverts into extroverts. Constantly updating statuses is no way to live in the present. However, living as a loner is a reality for millions of Facebook users.

Wouldn’t it be great if we could just eliminate the information overload? It would. We are inundated with advertisements. Regardless of whether it’s on TV, radio, print or online, in the end, we all become indifferent to the message. Perhaps our disassociation will lead to nothing more than a long exhale.

Myspace had a rapid ascension and equally rapid decline. It’s ultimately a foregone conclusion that Facebook membership will at some point erode. Once that happens, advertisers will look for other alternatives, viewership will decline and the site’s relevance will diminish. It is the reality of being “it” one day and irrelevant the next. We, as consumers, are nothing if not fickle. Ultimately, we’ll simply replace Facebook with something newer and cooler.

How we choose to live our lives says a lot about us as individuals. Staying in touch with those that matter most to us shouldn’t only happen through a nondescript website. There will always be an online entity that allows us to share stories and everyday occurrences. However, it will never be as important, or as meaningful, as sharing something face-to-face.