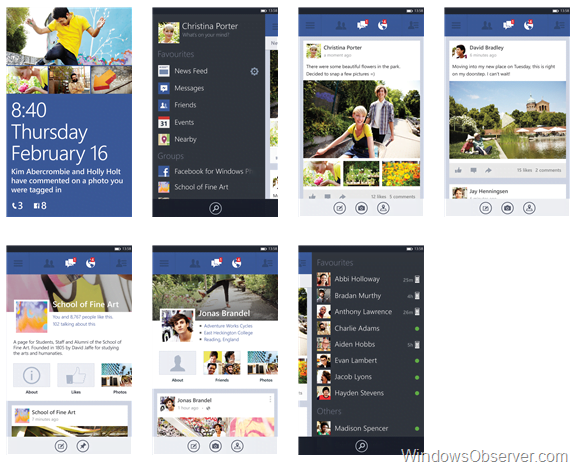 Wow the folks out at Redmond have decided to do a major redesign of the official Facebook App for their Windows Phone platform and to allow anyone to join the beta program for it.

The app, which is only available to those on Windows Phone 8, will not show up if you search the Windows Phone Store for it but it can be reached by using this direct link or visiting the official Windows Phone blog post Join the Facebook for Windows Phone Beta app program.

As Tom Warren notes over at The Verge what is interesting about this update is that it moves away from what we know as the Metro/Modern design interface.

With the official Twitter App doing the same thing I wonder if this is a new trend for the mobile OS.

Of course, since it is a beta you can expect to experience issues but Microsoft expects that and has placed a feedback link under the Settings>About menu so you can tell them about it.