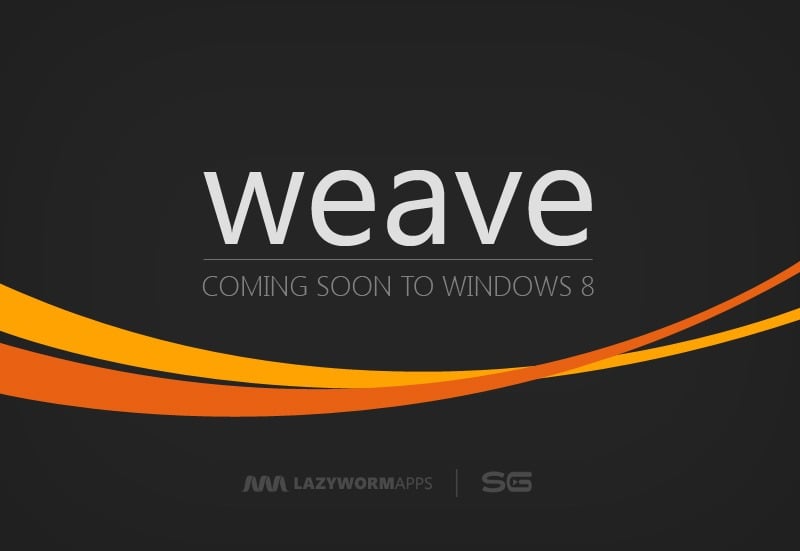 The Weave News Reader, which is currently an exclusive app on the Windows Phone platform, will soon be coming to Windows 8 thanks to partnership announced today between Lazyworm Applications Ltd and Seles Games.

According to a press release from Atta Elayyan from Lazyworm Apps Weave “is a news reader application that will be specifically designed to take full advantage of the latest Windows 8 OS.   Lazyworm Applications will be responsible for designing and developing Weave for Windows 8 with the aim of delivering the best news reading experience on the platform.  The app will continue to be published by Seles Games and is expected to be available for download around June.”

Atta Elayyan said Seles approached them with the partnership idea:

“I have been using Weave ever since it launched on Windows Phone 7 so was excited when Seles Games approached us with this partnership opportunity.” says Atta Elayyan, Managing Director at Lazyworm Applications. “Weave has proven to be a popular solution on Windows Phone and I believe it has even more potential on Windows 8.  We now have an invested interested in Weave’s ongoing success and have been given full creative control over the project so expect an experience that is in line with all other Lazyworm products.”

With the right features could Weave for Windows 8 make a run to replace Google Reader?