Nothing to see here: Microsoft Stated in 2012 Windows Phone 8 Would Only Have 18 Months of Support 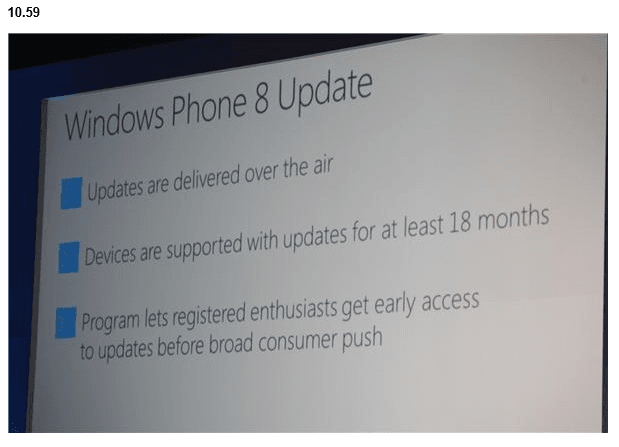 Maybe this little tidbit got lost in the roar of everyone upset that their brand new Windows Phone devices, i.e. the Nokia Lumia 900, would not be able to get the Windows Phone 8 update but Microsoft has already told everyone that 18 months was how long Windows Phone 8 would be supported.

Here are several references to that fact from some of the live blogs that were posted during the June Windows Phone Summit in 2012 which was held in San Francisco last year.

10:55 Rafael Rivera: And guess what folks: Microsoft direct updates for at least 18 months of device.

18:57 Windows Phone 8 will be updated over the the air, not from Zune anymore and with 18 months support

10:56 Melissa Perenson: devices will be supported with updates for at least 18 mos

Even The Verge, who posted this new tidbit this morning because it showed up in a Microsoft Support page, reported last June that Microsoft was only going to support Windows Phone 8 for 18 months.

Just in case you want to hear this from the proverbial horses mouth here is the recording of the 2012 Windows Phone Summit where this same info was stated:

So why do you think this is causing an uprising 9 months later?

Thanks to @NairobiWP for the research idea via Twitter on this story.