Last month Reddit user Leopeva64 shared that they had discovered through clean installs or in-place upgrades using Windows 10 (19H1) Build 18356 that Windows 10 Home users could directly pause updates on those systems for 35 days.

At that time, the general consensus of Windows 10 watchers was that updates for Windows 10 Home users could only be paused for seven days at a time before a full update cycle was necessary to pause for seven more days.

A couple of weeks later, we heard about the major shift in Microsoft’s approach to Windows as a Service (WaaS) beginning with what we learned would be called the May 2019 Update. As part of that announcement from Microsoft, it was revealed that all editions of Windows 10 running the May 2019 Update will have the option to pause updates on their device for up to 35 days (seven days at a time, up to five times).

However, it seems my friend Leopeva64 did indeed discover a month ago, well ahead of Microsoft’s announced changes to WaaS, that Windows 10 Version 1903 users will be able to select a specific date within the next 35 day period to use the new pause feature. In other words, no seven days at a time, up to five times appears to be necessary to reach a total pause period of 35 days. If you want to pause for 3, 8, 13, 27, or 35 days you can choose that option directly. There is also the seven-day pause option that appears on the Windows Update page and while I have not tested it yet, I suspect that will do the seven days at a time pausing of updates.

The one aspect I have not yet been able to test here is whether or not a mandatory update check is required if I select anything less than 35 days using this new dialog in Settings > Update & Security > Advanced Settings. However, I have a Windows 10 Version 1903 Home and Pro installs in virtual machines and I have selected to pause updates for two days, April 21st, to see if a mandatory update is required before further extending the pause period.

By the way, since I do have both a Home and Pro version of Windows 10 running the latest build of the May 2019 Update, I can verify that this direct selection option for the period of pausing updates is available in both editions of the operating system. That is exactly as documented by Microsoft when they discussed the changes to WaaS a couple of weeks ago.

So, for now, I am going to close this out and publish it. After I check the two virtual machines this Sunday I will come back and update this to verify whether a mandatory update check is required for any pause period shorter than 35 days on the May 2019 Update for Windows 10. 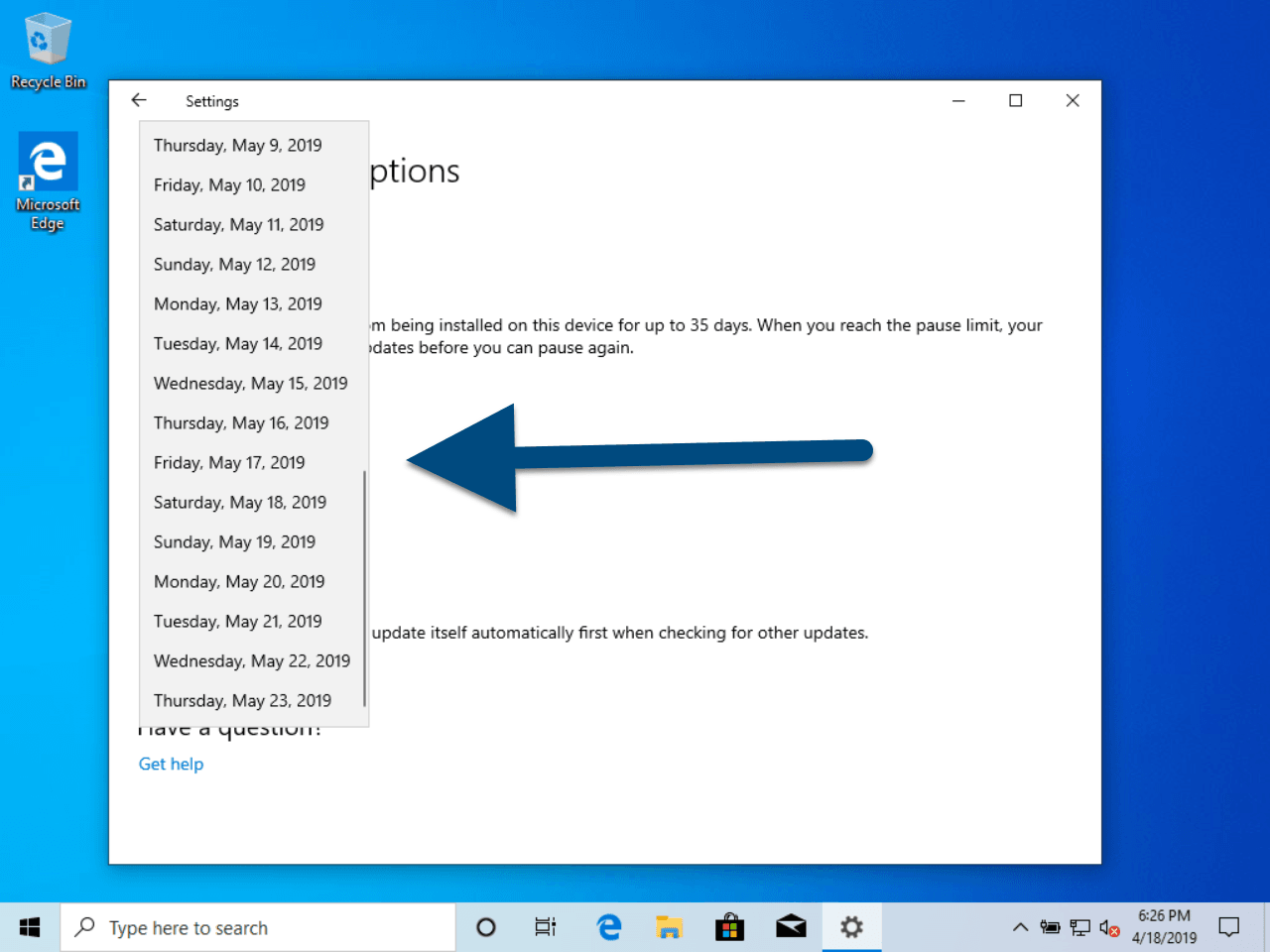