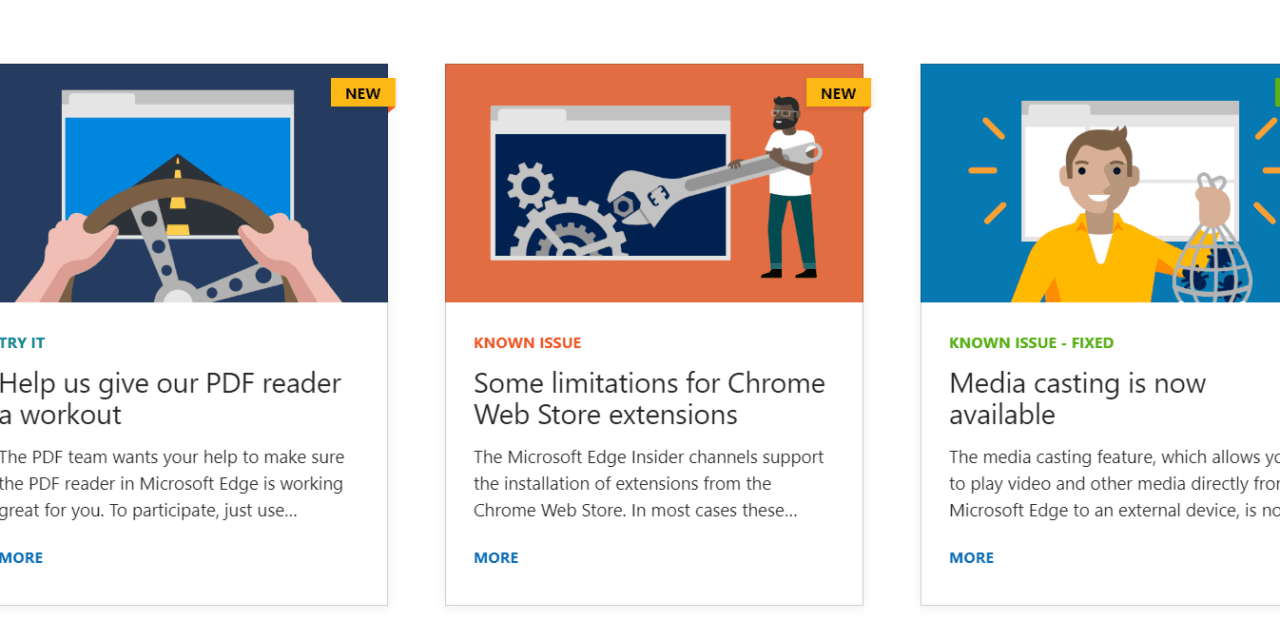 The first Edge Developer branch build of Microsoft’s new Chromium-based version of the company’s browser has been released to testers this week.

Although the Edge Canary branch has received its expected cadence of daily updates over the last 10 days, the Edge Developer version of the browser is only expected to get a new build roughly once per week. That build, which comes from the Canary branch, is considered more stable than the daily Canary releases.

We know that the Edge browser team is getting the cadence down for the daily and weekly releases, so having this first new Edge Developer branch build arrive 10 days after the first release instead of in seven isn’t an issue. Admittedly, it is also the first time Edge has been updated at such a pace so they are getting used to that process as well. Previously Edge was only updated twice a year in conjunction with the release of a feature update for Windows 10.

As you might expect, this first weekly release for the Edge Chromium developer channel does have a few visible updates/changes, but likely has many more under the hood in the browsers underlying code base.

Unlike the daily Edge Canary builds, when you update your Edge Developer channel build and restart your browser you will be shown the Edge Insider What’s New page and the highlighted changes for the new build. 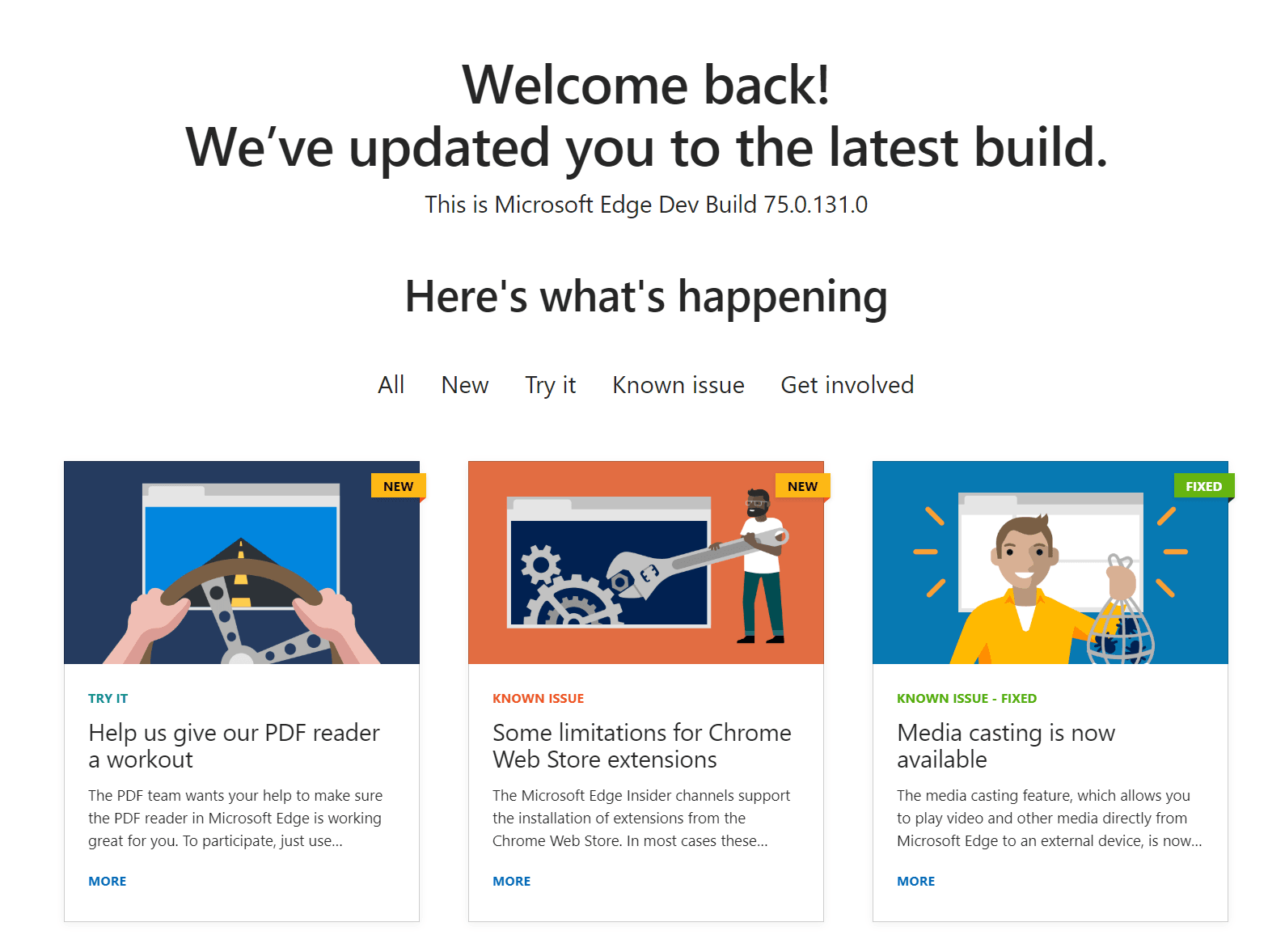 In the release of Microsoft Edge Dev Build 75.0.131.0, which was an Edge Canary daily build on April 16, there are three new areas to check out or be aware of:

In addition to these three updates, the Edge team also shared through the Microsoft Edge Dev Twitter account that beginning with the Edge Canary release Build 75.0.133.0, also released yesterday, that the preview version of the browser can be installed on 32-bit versions of Windows 10. Initially, Edge with Chromium was only available for 64-bit Windows 10 systems.

The other day I did an informal poll on Twitter to see how many people had already made one of the Edge Chromium builds their default browser. At a ratio of 3 to 1, users are quickly making either the Edge Developer or Edge Canary preview build their daily drivers on Windows 10.

I am running both versions on all of my devices, including my bare metal Windows Insider test devices. The other thing that has happened in this first week across my devices, both test and production, is that Chrome and Firefox no longer have a spot on my Taskbar. Edge Chromium isn’t perfect by any stretch of the imagination, but it is solid enough that I no longer need to keep access handy to the other two browsers.

What is your current browser configuration and layout?