How To: Delete Xbox Insider Account and Related Data 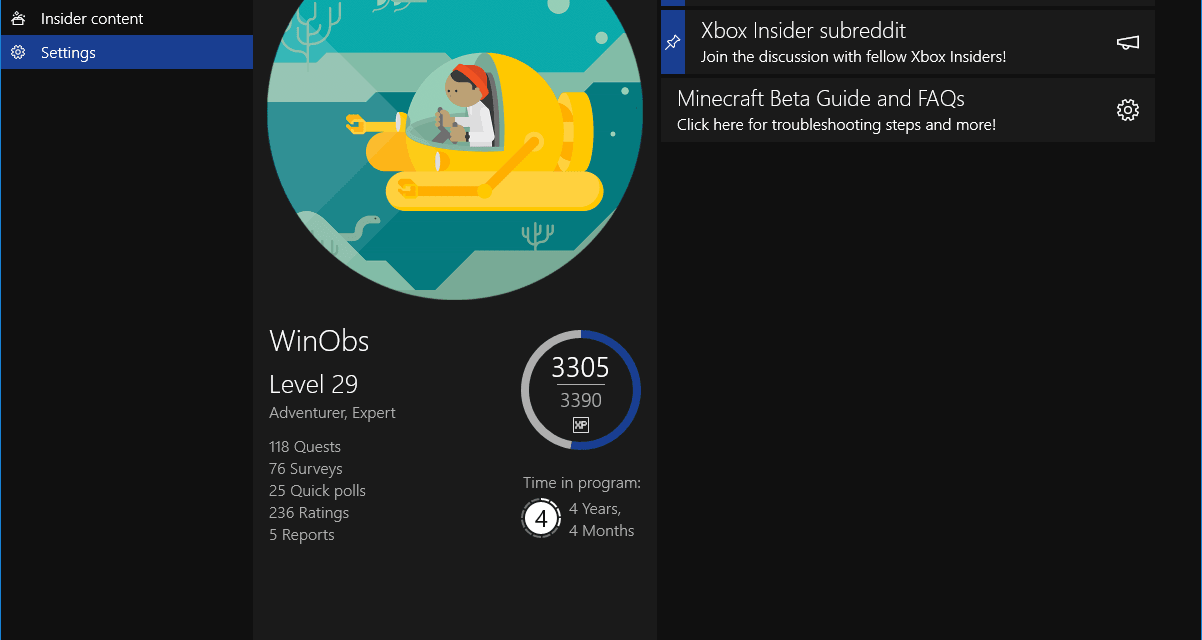 This week Microsoft released an update to their Xbox Insider Hub app that is available for both Windows 10 PCs and Xbox One consoles. This app is used to communicate Xbox Insider program updates, various quests, and early access to features and games when testing pre-release builds of the Xbox One’s console operating system.

The change made this week to the Xbox Insider Hub app provides a path for participants to remove their Xbox Insider account and its related data. Obviously, this option is handy once you are done with the program and no longer plan to test pre-release builds for the Xbox One console. It provides you the option to export all of the data in the Xbox Insider program relating to your account and then complete remove that data from Microsoft’s servers.

I suspect this is likely a step that has been added to be compliant with the General Data Protection Regulation (GDPR). That European law requires companies to provide the means for users to request the retrieval and deletion of their data upon request.

Here is how you use the new account and data removal option:

Just verify you understand by toggling the checkbox next to I understand and then clock Close account to complete the action.

My recommendation is that you export your data if you really want it first and then take the final step of closing the account.

Once you select to close the account the following data relating to the Xbox Insider program will be deleted and this action can not be undone:

As I mentioned earlier, your Xbox account remains open and active and your profile remains on the console. If you are running an Xbox Insider build you will also need to return the console to the retail release channel.

You can see the entire sequence of the above process in the screenshot gallery below.