Xbox Insiders Program Adding a Skip Ahead Ring for Testers 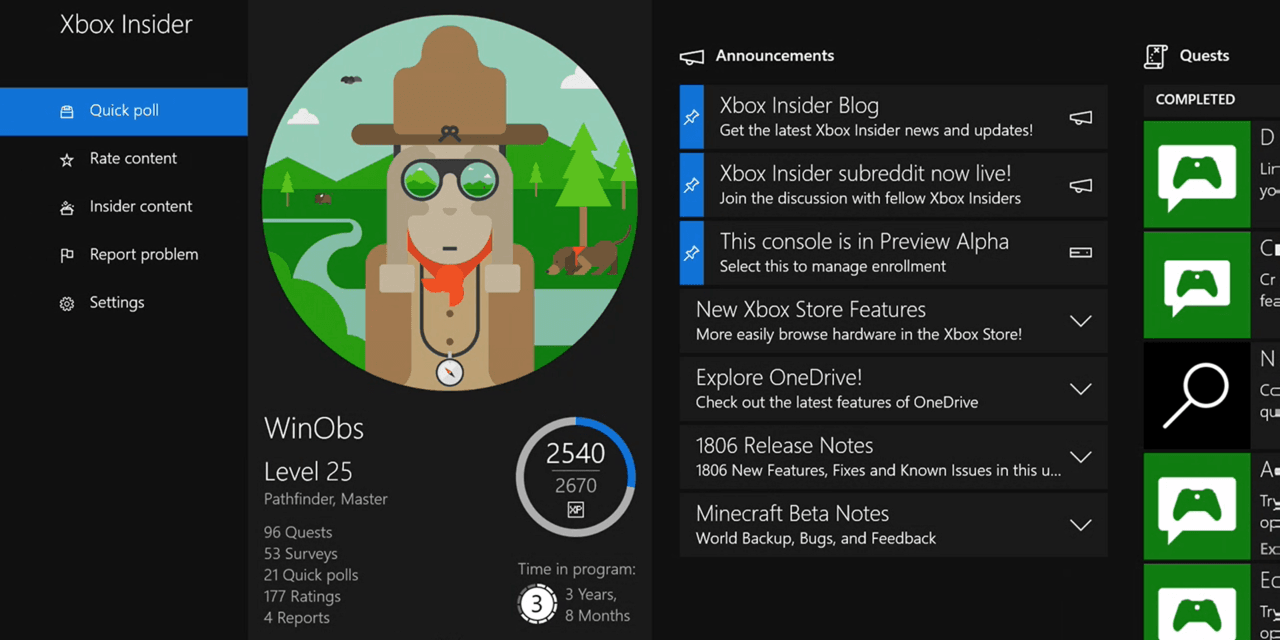 Microsoft’s Xbox team is making a new change to their Xbox Insider testing program for the companies current Xbox One console.

Over the last few years Microsoft as a whole has opened up access to early builds of its Windows 10 operating system so that enthusiasts can get access to test new features and provide the company feedback. Beta testing the Windows operating system has been around for a very long time. There was even a time when they shipped you CD’s or DVD’s with the beta build on them for installation and testing.

The advent of widely available high speed Internet has eliminated the need for shipping our discs with the early builds on them but these testing programs are still a key part of the companies efforts in development of the operating system.

Two of the big consumer related early access programs these days from Microsoft is the Windows Insider Program which is for access to early builds of upcoming feature updates for the Windows 10 client. The other one is the Xbox Insider Program for the companies current generation Xbox One hardware including the original, S, and X versions of the gaming and entertainment console.

It is the Xbox One program that is getting an update soon that will introduce an additional ring to the programs current four tiered system of early access.

According to Microsoft’s Savannah, an Xbox Program Manager, this new Skip Ahead ring for Xbox Insiders will give testers access to even earlier builds in the consoles software development process. If the Skip Ahead ring sounds familiar then it is because if you test under the Windows Insider Program the desktop Windows team uses a similar ring as they transition between the testing of feature updates.

For Xbox Insiders that are currently in the Alpha Preview ring, this is the top ring in the program, you will get access later in June with an option to join the Skip Ahead ring and begin testing these early builds. Some Xbox Insiders in other rings of the program could receive invites for the Skip Ahead ring as well. Although Microsoft did not state what the criteria for those invites would be, I imagine it will be tied to program longevity and participation just like the current ringed system.

You will have the ability to move in between the Skip Ahead and Alpha rings easily with the change registering almost instantaneously according to Microsoft.

Of course, an earlier ring in the development process also means more bugs and a less stable console but that is part of the accepted risk when testing software. Over the course of the almost four years I have been an Xbox Insider and testing these various early builds for the console, I have never experienced a major malfunction or damage to my hardware in this testing. I have had to reset the console once or twice but that was the exception rather than the norm.

If you are interested in becoming an Xbox Insider it is easy to join these days as no more invitations are necessary from current members of the program. Just download the Xbox Insider Hub app on your console, sign in, and you are part of the program.