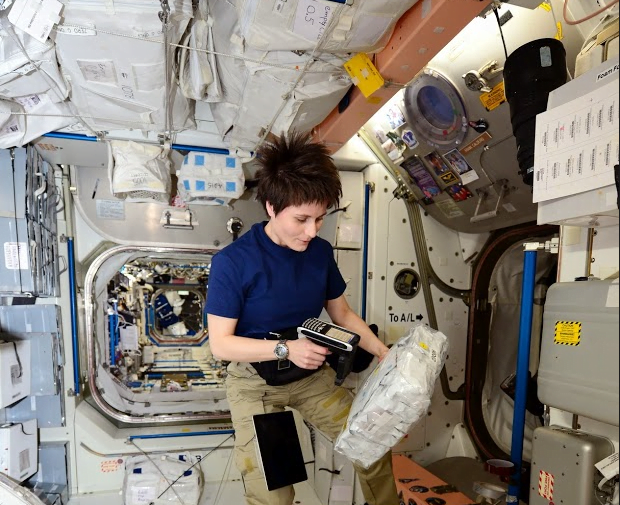 On May 13th, 2009 NASA astronaut Mike Massimo (@Astro_Mike) sent the first ever tweet from the International Space Station.  Ever since we have been getting brief 140 character updates from various astronauts who have been living on the orbiting platform.

Over time that tweeting has become very active and started to include awesome photography of our planet and videos demonstrating various scientific matters including simple fun stuff in micro-gravity.  NASA Astronaut Reid Wiseman (@Astro_Reid) used Twitter’s Vine app to show us wonderful six second video views of our planet passing beneath the station . He even tweeted shortly after his return to Earth that he had seven terabytes of photos to go through from his mission.

So as the forms of sharing the view from ISS have changed since that first tweet back in 2009 there has never been an astronaut on ISS, at least to my knowledge, who has long form blogged/shared the experiences of life on ISS.

Well at least until now.

Samantha Cristoforetti is an astronaut with the European Space Agency and she began her life onboard ISS just a couple of weeks ago when she and her two crew mates launched on a Soyuz TMA-15M spacecraft from Baikonur Cosmodrone in Kazakhstan.

What Samantha is doing differently from just sharing on Twitter, which she is doing as well at @AstroSamantha, is she is keeping a logbook on Google+ to chronicle her day to day experience on the orbiting outpost as she does science, maintenance and other activities during Expedition 42/43.

When you visit her page at Google+  page you will see that she has grown a following of almost 550,000 earthbound human begins and has accumulated nearly 12.5 million views.  You can keep up with her activities and learn how a simple thing we do on Earth, like clipping our finger nails, presents an added dimension when living in micro-gravity.

She also shares about the experiments she is working on and how the astronauts share various duties to keep the station running efficiently.

The posts usually include photos and sometimes a video to highlight her activities as well.

Until the day that the opportunity for all of us to travel in space becomes routine it is great to have Samantha sharing this experience in such a verbose way with us gravity challenged human beings on Planet Earth.