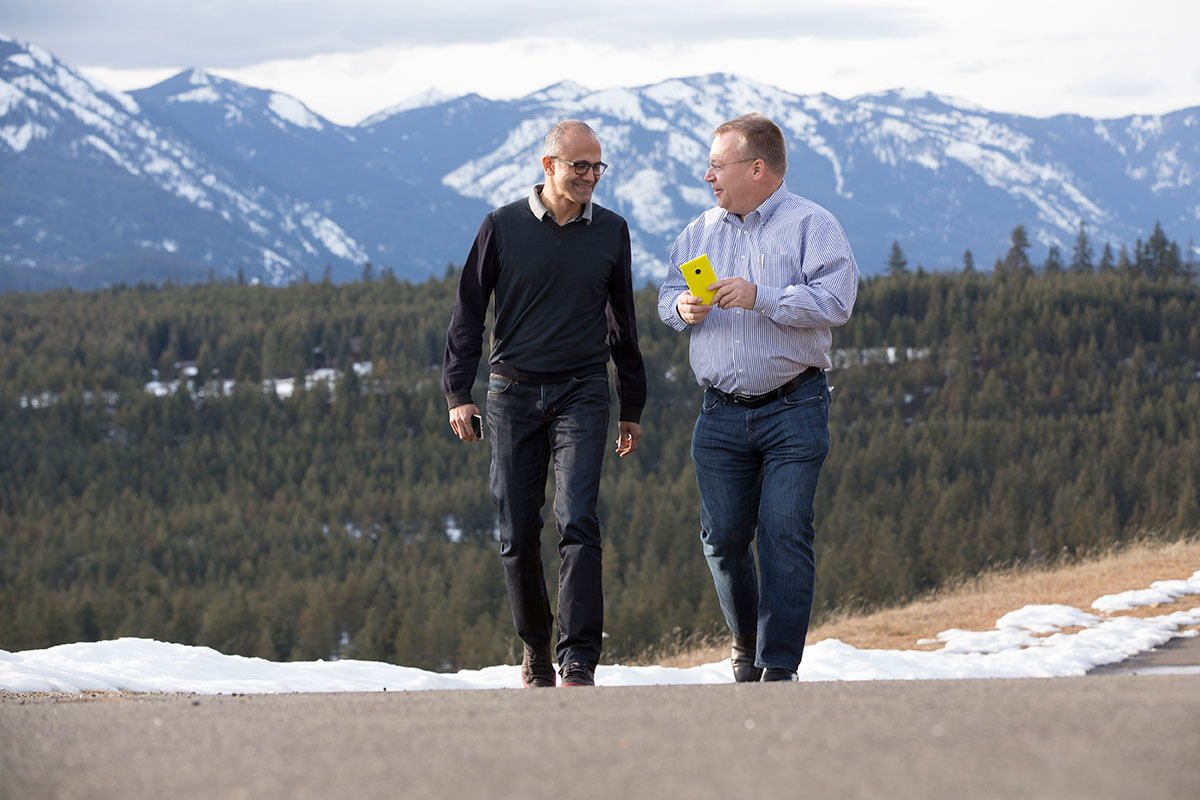 I followed the very lively session, which had almost 100 comments on the Nokia Conversations site before the event even started, and grabbed some snippets from the conversation to share here on the site.

There is some really good insight on where things will go with not only Windows Phone but other Microsoft devices which is the division Elop will lead at Microsoft.

Will Microsoft keep up the innovation and pace that Nokia has set with the line of Lumia devices?

I think we can go even further than that. By combining with MSFT, we will each be able to innovate together in ways that we could not as separate companies. Lots of good things ahead.

As the Executive VP of MS Devices how do you see the future of the integration and cloud utilization between Windows, Windows Phone and Xbox devices going. What would you like to see happen?

I think that people are looking for and deserve a consistent and continuous experience across their different devices and platforms. A good example of this today is OneDrive, where i have consistent access to my stuff across all of my devices. Same thing with Skype.

How about Nokia X future after acquisition?

Microsoft acquired the mobile phones business, inclusive of Nokia X, to help connect the next billion people to Microsoft’s services. Nokia X uses the MSFT cloud, not Google’s. This is a great opportunity to connect new customers to Skype, outlook.com and Onedrive for the first time. We’ve already seen tens of thousands of new subscribers on MSFT services.

When will we get the first Microsoft branded Smartphone?

Now that we are One company, the marketing and product folks will lay in the plans for the shift to a consistent brand. While we are not ready to share precise details, i can assure you that it will not be the “Nokia Lumia 1020 with Windows Phone on the AT&T LTE Network” … too many words! That somehow doesn’t roll off the tongue.

What is going to happen to Nokia MixRadio, Nokia TV, Nokia Camera apps and other Nokia apps in Lumia phones. Are they going to disappear. Which one, Nokia or Microsoft, is going to continue developing and updating them?

We have been building a lot of app’s that have been specific to Lumia, but now those people and efforts will transfer to MSFT. We believe that these types of capabilities are critical to differentiation, so you will see these themes continue.

Is there going to be a successor to the Lumia 1020 this year?

While I can’t comment on specific product plans, it is safe to say that imaging will continue to be an important differentiator for us in the future.

Do you think that Nokia with Android is a good idea?

When we made the decision to focus on Windows Phone back in 2011, we were very concerned that a decision to pursue Android would put us on a collision course with Samsung, who already had established a head of steam around Android. That was the right decision, as we have seen virtually all other OEMs from those days pushed to the side. Today, we are using AOSP to attack a specific market opportunity, but we are being thoughtful to do it in a way that accrues benefit to Microsoft and to Lumia.

How are other smartphone manufacturers encouraged to produce or keep producing Windows Phone devices?

It is GOOD for Microsoft to encourage other OEMs to also build WP devices, and there have been some announcements in this direction recently. Our intent is for the Microsoft Devices Group to “make the market” so that others can participate, so we will be doing things to facilitate other OEMs as much as possible.

Will the Nokia Developer Ambassadors and DVLUP be shutting down or being absorbed into something not recognizable or less accessible?

One of Nokia’s strengths is its truly global presence, moreso in emerging markets. I believe it responds faster than Microsoft in this regard. Can we expect better localization in these markets in terms of services?

Both Nokia and Microsoft are global companies, but it turns out that our strengths are complementary. We have great strength in emerging markets while Microsoft has more strength in developed markets. I think this will work well together.