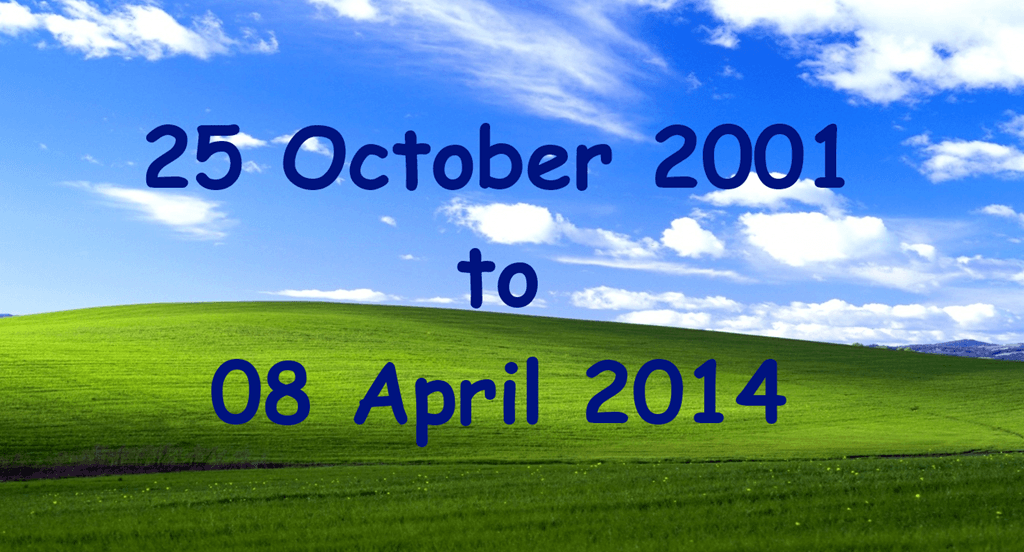 No matter which way you look at it Windows XP has been part of our computing landscape for a very, very, very long time.

Windows XP was easy to configure and it sipped resources instead of gulped them which made it a great operating system for PC gaming in those early days.

I have seen a significant rise in the number of people coming into our Best Buy to replace their Windows XP machines because they saw the alert on their computers about the expiration of support today or family and friends have mentioned it to them.

There is also plenty of help out there for people who are upgrading to cut the cost down including a program at Microsoft Stores and Best Buy that gives at least $100 towards the purchase of a new PC.

I even had one customer come in to ask about the expiration and when they realized they actually had Windows Vista instead of Windows XP they were quite happy that no upgrade was required.

That might have been the first time someone was excited about having Windows Vista.

However, there are some Windows XP users that are not moving off their machines running XP no matter what. Some are opting to unplug them from the internet and others are just loading up security software and forging ahead with the intrepid OS.

So whether you have upgraded or are choosing to stick with XP for the even longer haul – just stay safe out there on the net.

Are you still using Windows XP?