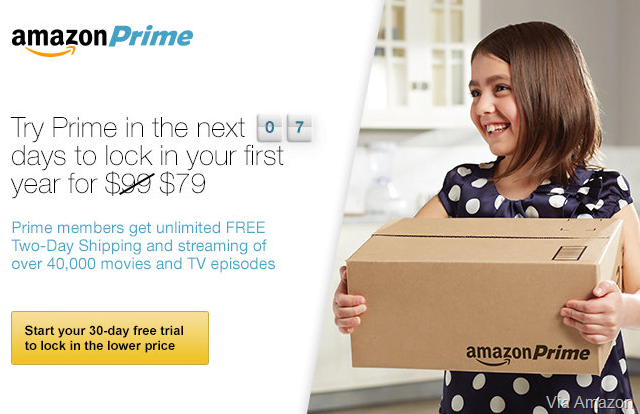 A price increase for subscribing to Amazon Prime has been rumored for several weeks now and it appears those rumors will become reality soon.

According to a graphic on Amazon’s home page the opportunity to lock in Amazon Prime at its current $79 per year pricing is being offered to customers.

In that graphic, which is posted below, they have crossed out $99 which seems to indicate that will soon be the higher price of the subscription at some point in the near future. As this rumored price increase was discussed in the last several weeks there were reports that they would add a music streaming service to the offerings with the subscription but there is nothing indicated on the current Prime information page.

What do you think – is Amazon Prime still worth it at $99?