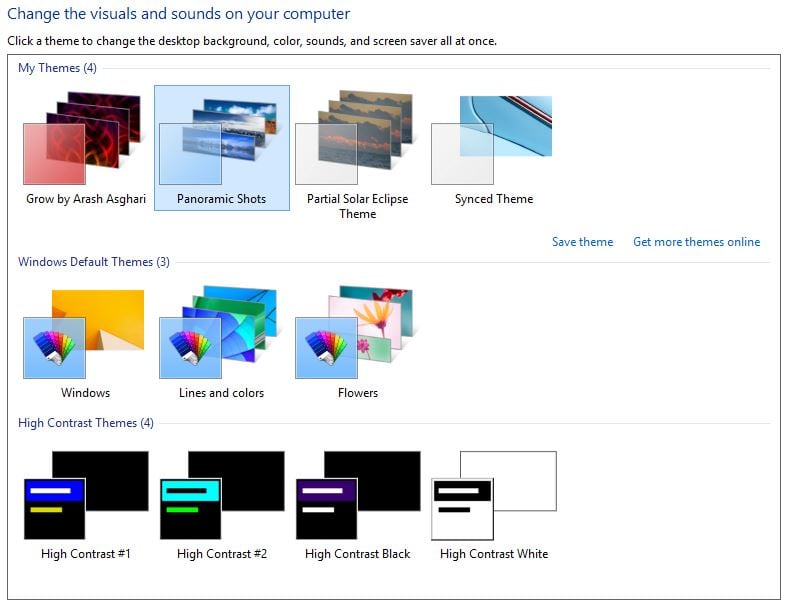 When Windows 7 became available in October of 2009 one of the features of the OS was a new type of Windows theme, called Dynamic Themes, that allowed the images in that theme to be updated via an RSS feed.

Once installed any images added to the theme on a central server at Microsoft would update the RSS feed and result in the image being downloaded on the local Windows installation.

The themes were very popular and there were several created.

Remember any of these?

I really enjoyed following these dynamic themes and used to post about the updates to these themes here on WindowsObserver but last year they started to slowly stop updating.

In fact I had a few of my own images included in a couple of those dynamic themes.

However, if you clicked on any of the above links you would have seen that the themes have been retired by Microsoft.

My last update about the dynamic themes, back in June 2013, appears to have been the last set of updated images based on what I saw on my system.

I contacted the coordinator of the Windows.com Themes directory and as a result of that email exchange I was giving the following official statement concerning the status of the Dynamic RSS Themes:

RSS themes were retired from Windows.com due to a need for efficiencies. Customers can maintain themes already downloaded to their PC but won’t receive new images.

It is sad to see them go but even with the dynamic themes being retired there is still a chance to have a dynamic theme. In a blog post I wrote back in September 2011, How to Create Your Own Dynamic RSS Themes, I show you how to create these themes by uploading files to any repository that provides an RSS feed of the images stored there.

So are you ready to create a new collection of Dynamic RSS Themes?

In the next few weeks I will be putting together my own set of dynamic themes based on photographs I have taken and will take in the future. The downloads will be in a new category on my Themes Download page called, simply enough, Dynamic Themes.

If you want to build one let us know where we can download it from in the comments below.