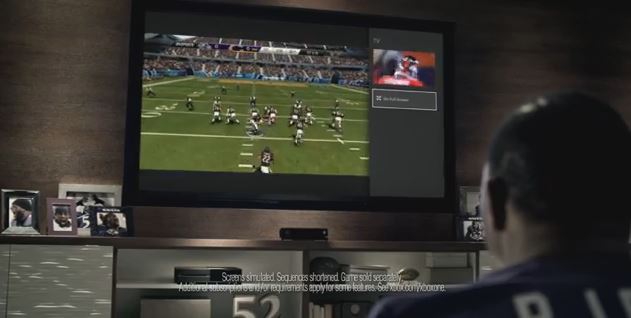 Last night during Sunday Night Football the new Xbox One was featured in a new ad from Microsoft.  It seems the NFL has become a heavy venue for Microsoft advertising lately with the prominent ads for Microsoft Surface as the Tablet of the NFL.

As you will see in this ad two former linebackers discuss moving on after retiring from their careers in the NFL but one of them has moved on in a very different way.

The commercial shows the handy snapping feature and ability to easily multi-task on the console.