Windows RT 8.1 Update is back in the Windows Store 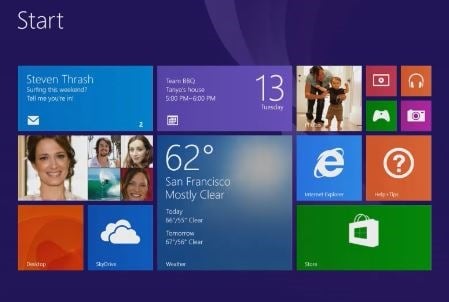 According to the Microsoft Support Twitter account, @MicrosoftHelps, the Windows 8.1 for Surface RT devices is back in the Windows Store.

The update was pulled this past weekend due to an issue that impacted what was a “limited” number of devices according to Microsoft.

I have reached out to Microsoft to see if I can get some more info on what exactly the issue was with the original update and I will provide that info in this post when I hear back from them.

Let us know how your update goes this time around.

Remember, if you need to get your bricked Surface RT back up and running use the Surface RT Recovery Image Microsoft recently provided.

Update: According to the Microsoft Support Tech in the Microsoft Answers forum where the pulled update was first confirmed here is what was happening with the broken update:

The update to Windows RT 8.1 is once again available as a free download in the Windows Store for users with Windows RT devices. We immediately suspended availability of the update after reports that a very small number of Surface RT customers—around 1 out of every 1,000 Surface RT 8.1 installs—had experienced an issue that left the update incomplete and their devices unbootable. This was due to a rare situation where firmware updates had not completed at the time of the update to RT 8.1. In most cases, if a customer encountered this issue the result was simply an extra reboot. However, for a very small percentage, the boot configuration data was affected which prevented a successful boot. We worked to quickly resolve the issue and now encourage customers to update their Surface RT devices. Surface Pro and 8.1 customers were not impacted by this issue.