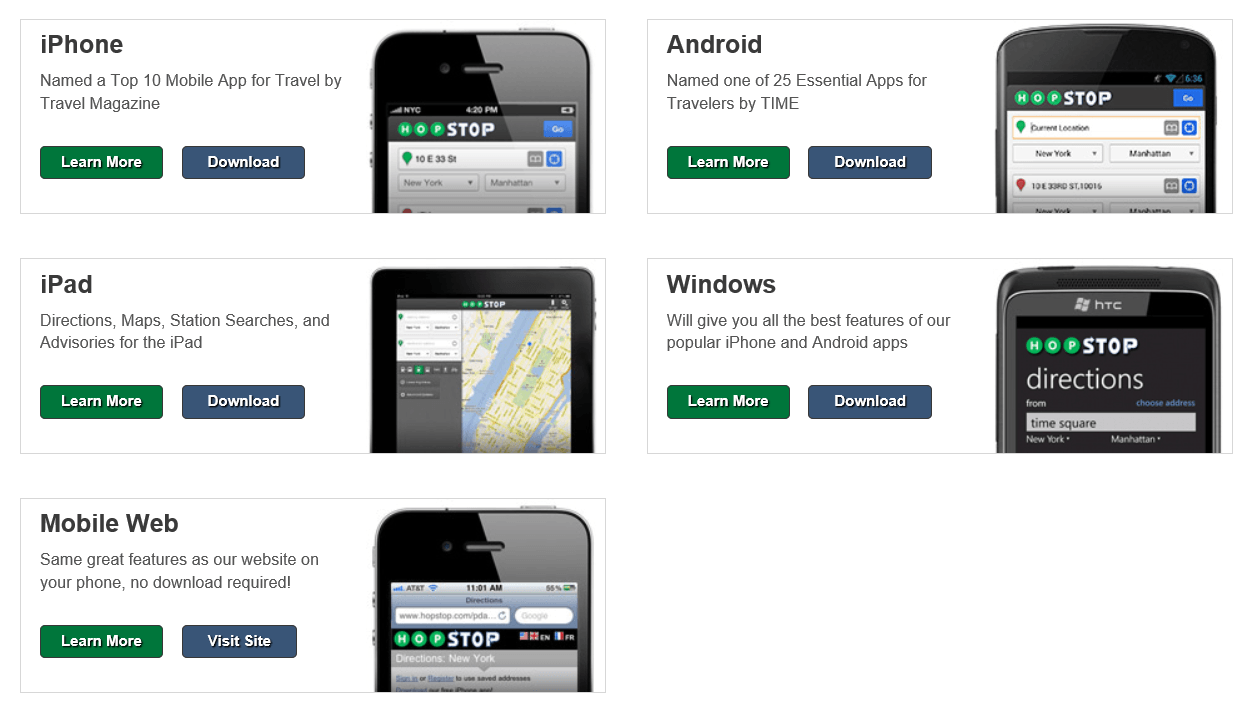 So news broke just a few hours ago that Apple might have purchased HopStop which provides mass transit directions.

According to All Things D  Apple confirmed this acquisition in a round about way and it seems action was taken very quickly to drop all Windows Phone related support like a hot potato.

In the last hour I received a tweet from a Twitter follower Roman DeSilva (@MetroHeads) with this picture attached and the question “When did this happen? Coincidence?”

That is a screenshot from the HopStop Windows Phone App that is now shown in the Windows Phone Store as  This app is no longer published.

If you search for the HopStop App on your Windows Phone device it is shown as This app is not available for your device.

Here is a screenshot of the apps page in the Windows Phone Store on my Nokia Lumia 920.

If you go visit HopStop’s current mobile apps landing page you will also see that the Windows Phone App is no longer listed as an option either.

Here is a screenshot of the apps offered as of just a week ago:

Sure didn’t take long for HopStop to dump Windows Phone users did it? I wonder if that order came from the mothership?