Note: Apparently this new UI has been around for a couple of update cycles in Stable channel.

It appears that the Microsoft Edge web browser has a new user experience when the browser has received a recent update in the Stable, aka Production, channel.

I first saw this earlier in the week after this Edge channel was updated to Build Version 89.0.774.57.

After the update was applied and Edge was restarted, the summary of this update was presented in the browser with a sidebar menu. Each link in that sidebar showed off one element of the overall update.

Compared to how update summaries were presented in Stable and are still noted in the Developer and Beta channels, see below, this is much more intuitive for everyday users who will see updates in the production version of the new Microsoft Edge.

A quick glance at what is new is perfect for those users and beneficial for us enthusiasts as well. 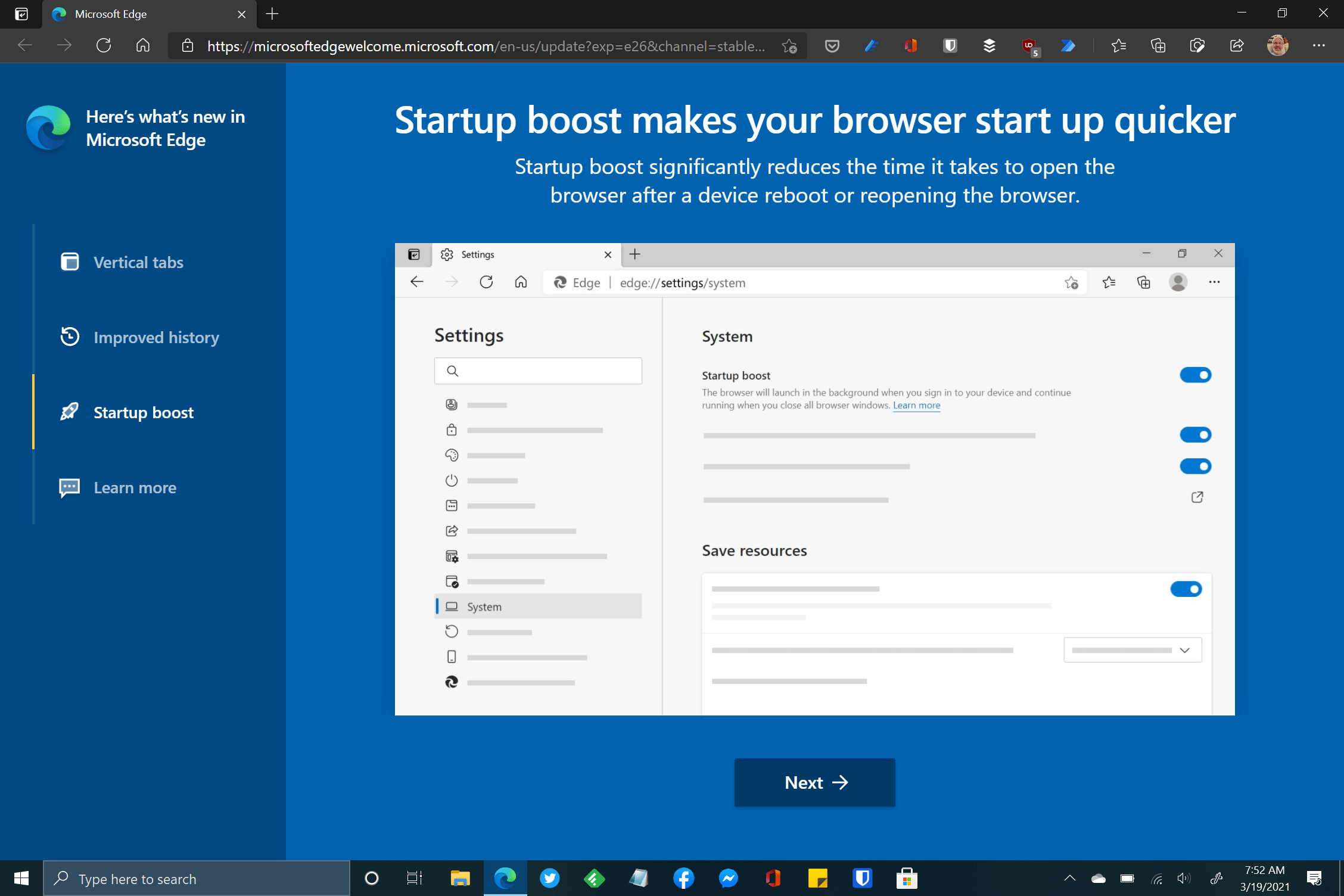