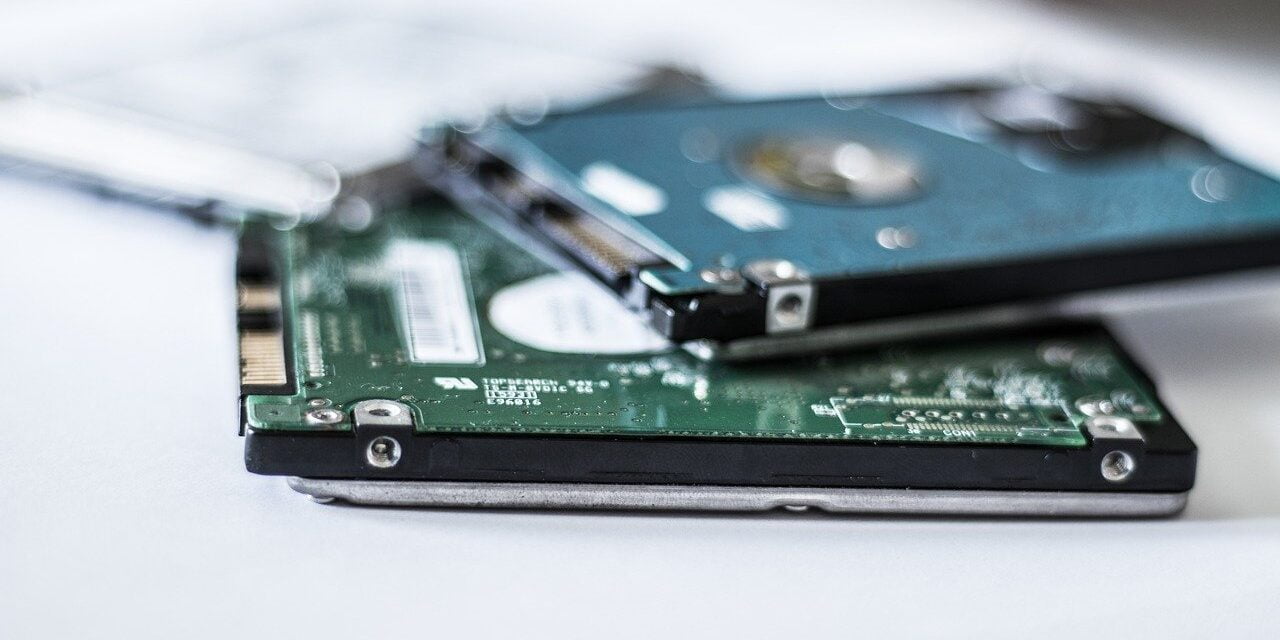 A couple of weeks ago I chronicled a new PC Build that I did for my main desktop system at home.

The build was a lot of fun and over the last two weeks I have been poking around and tweaking various aspects of the system and its performance.

As you will recall, I recycled the two Solid State Drives (SSDs) I had in my old system. Both were Crucial SATA 3 devices weighing in at 1 TB and 256GB each. In the new system I ran up the 1TB SSD as my main system drive with the smaller 256GB drive becoming my primary storage drive.

The system has been running well since then and everything was solid. well – until I decided to do some testing.

Several weeks ago, back in mid-June, I shared an image of an HP Spectre X360 that had a swollen battery:

I decided to open up that old HP Spectre x360 and check out the battery that was bulging. I am pretty sure that battery is supposed to be flat and firm but each cell is all squishy and soft. #Yikes pic.twitter.com/JHr8fuQK5N

As you can see, the battery was in unbelievably bad shape. After removing the battery, I decided to grab the 512GB M.2 NVMe SSD out of that system.

Although, I was not on a motherboard at that time which supported this form factor of SSD – there was always future upgrades that were possible. Granted, it came sooner rather than later.

I dug about that M.2 SSD and installed it in the new PC Build and was extremely impressed with its speed. Easily three or four times the capabilities of either of the recycled Crucial SATA 3 SSDs. At this point I used this speedy M.2 SSD as the install drive for Microsoft Flight Simulator 2020 to take advantage of that increase in bandwidth to speed up the games start up and load times.

Not long after that, I decided to try one of these M.2 SSDs as the boot drive for the new PC Build. I decided on one of the few PCIe Generation 4 M.2 options and grabbed the 500GB Corsair MP600 M.2 PCIe NVMe SSD as my new boot drive.

Initial impression after cloning the old SSD boto drive to this one – WOW!

Less than 20 seconds from hitting the power button to Windows Hello logging me in via the Logitech BRIO. No kidding – system overall feels even snappier because of the increased bandwidth between the drive and the CPU via the motherboard’s PCIe bus.

Now that sense of performance is not very scientific – more about the feel than anything else – so I grabbed the free PassMark PerformanceTest software trial to ruin some real time scientific based benchmarking.

TLDR: It is still a WOW result!

Here is that data in a line chart: 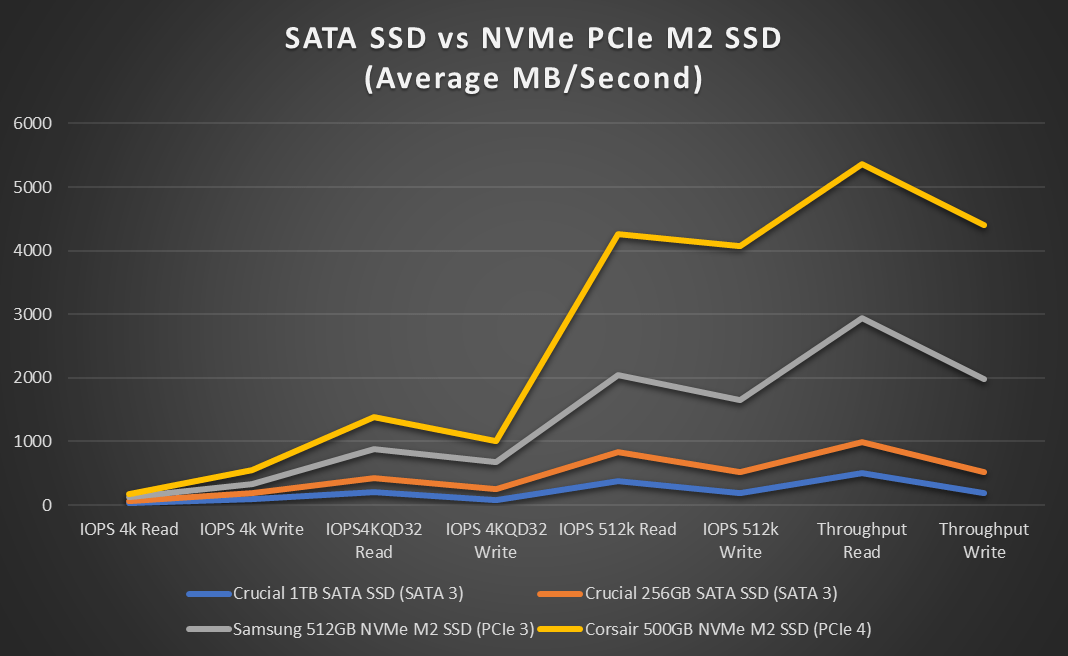 Just in case more visual is needed to show the significance increase in performance for this SSD form factor, here is a bar chart:

I used the average megabytes per second in these two charts but looking at the raw data from the PassMark PerformanceTest software, here are the minimum and maximum speeds measured across the entire disk test – of course in a beautiful bar chart thanks to Excel! 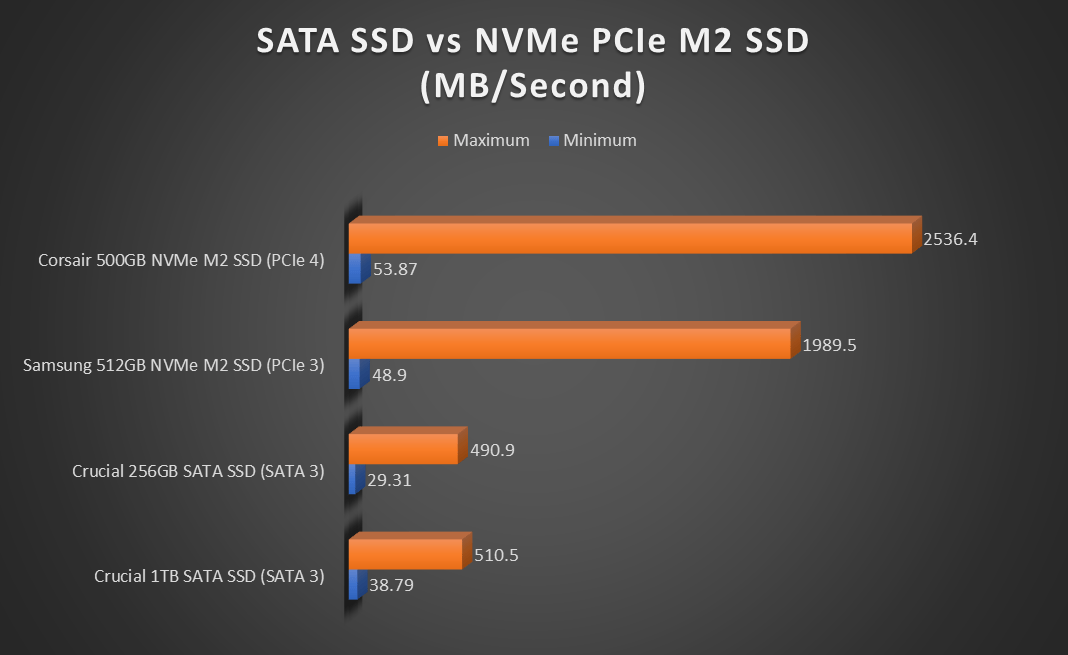