Microsoft just released their first Windows 10 (19H1) Build of 2019 as they continue moving towards the seventh feature updates release in the March/April 2019 time frame.

This is a critical release for the Redmond software company as they continue to deal with the challenges around the April and October 2018 Update feature updates from last year. Much of the focus in 19H1, the code name for this upcoming feature update, has been on fit and finish of the existing feature set and user interface.

However, in Build 18305 which was the final build made available to testers in 2018, they did introduce a new feature called Windows Sandbox.

Unfortunately, myself and many Windows Insiders were unable to try out the feature because of the release of a critical  Internet Explorer security patch for a vulnerability that took that release to Build 18305.1003. That patch caused Windows Sandbox to stop working and thus interfered with any opportunity to test and explore the feature. Build 18309 remedies that situation and now testers like myself are able to dive in and poke around Windows Sandbox.

In a nutshell, Windows Sandbox is an OS level version of Windows Defender Application Guard (WDAG) which allows you to run Microsoft Edge in a virtualized environment that is separate from your main operating system. On hardware that supports virtualization, you can use WDAG to visit questionable websites and be protected against any malicious software that might be present on those sites.

Windows Sandbox works under that same concept but adds the ability to executer questionable software in a safe environment that will not impact the host operating system.

Just like with WDAG, Windows Sandbox is not something everyone might need to use and will likely be more welcomed by security researchers and others who look into malicious software as part of their normal job description. I imagine some enthusiasts might jump in there as well using Windows Sandbox, but caution should be observed at all times. Ultimately, Windows Sandbox is a tool to provide a safe clean environment for these types of activities but still require the grey matter between your ears to be used appropriately.

I have spent some time poking around Windows Sandbox in Windows 10 (19H1) Build 18309 and these are my initial observations:

I have had Windows Sandbox open on an original Surface Book running Windows 10 (19H1) Build 18309 since I started writing this article. I just checked Task Manager and it is currently using no CPU and just 261MB of memory as it is running. 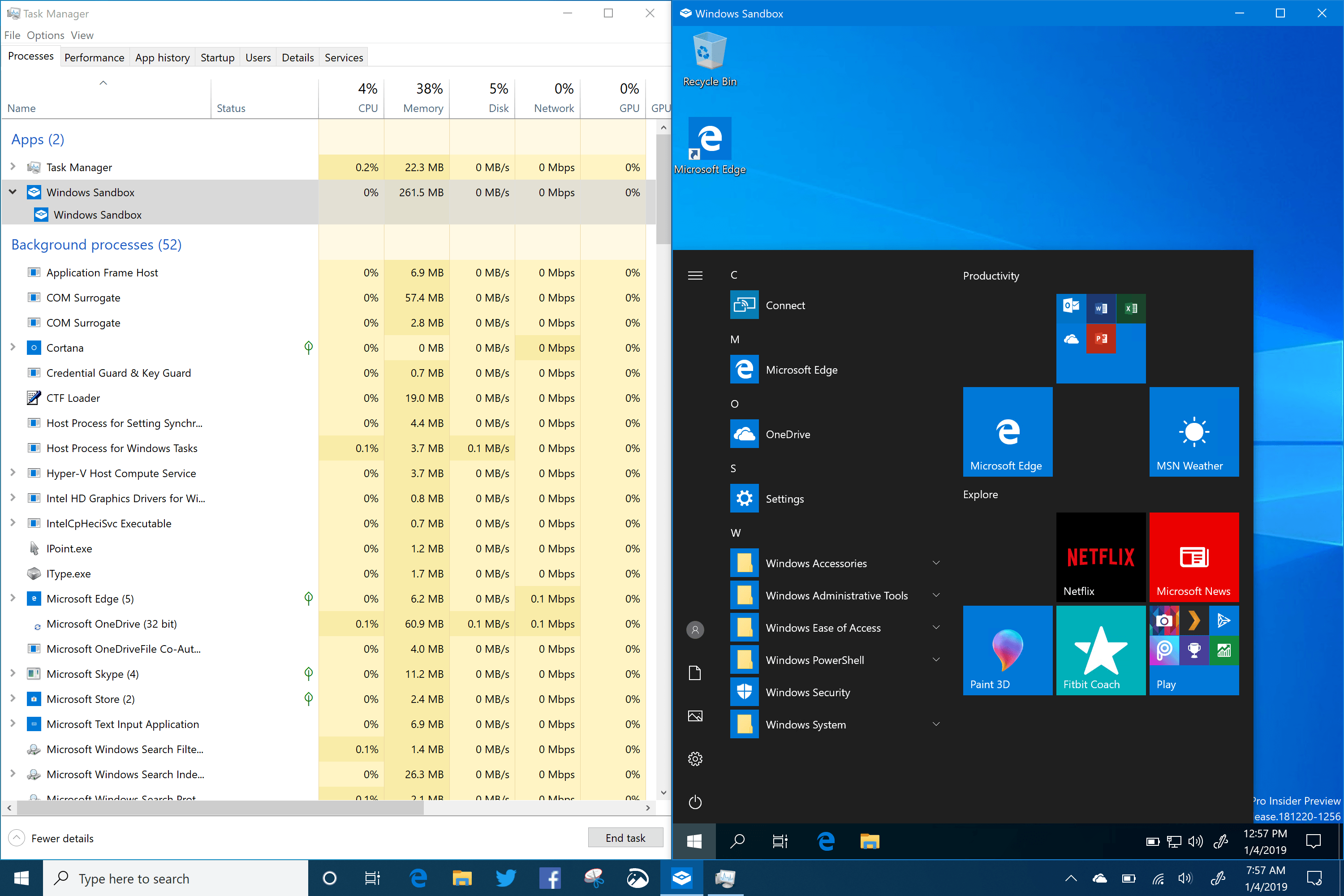 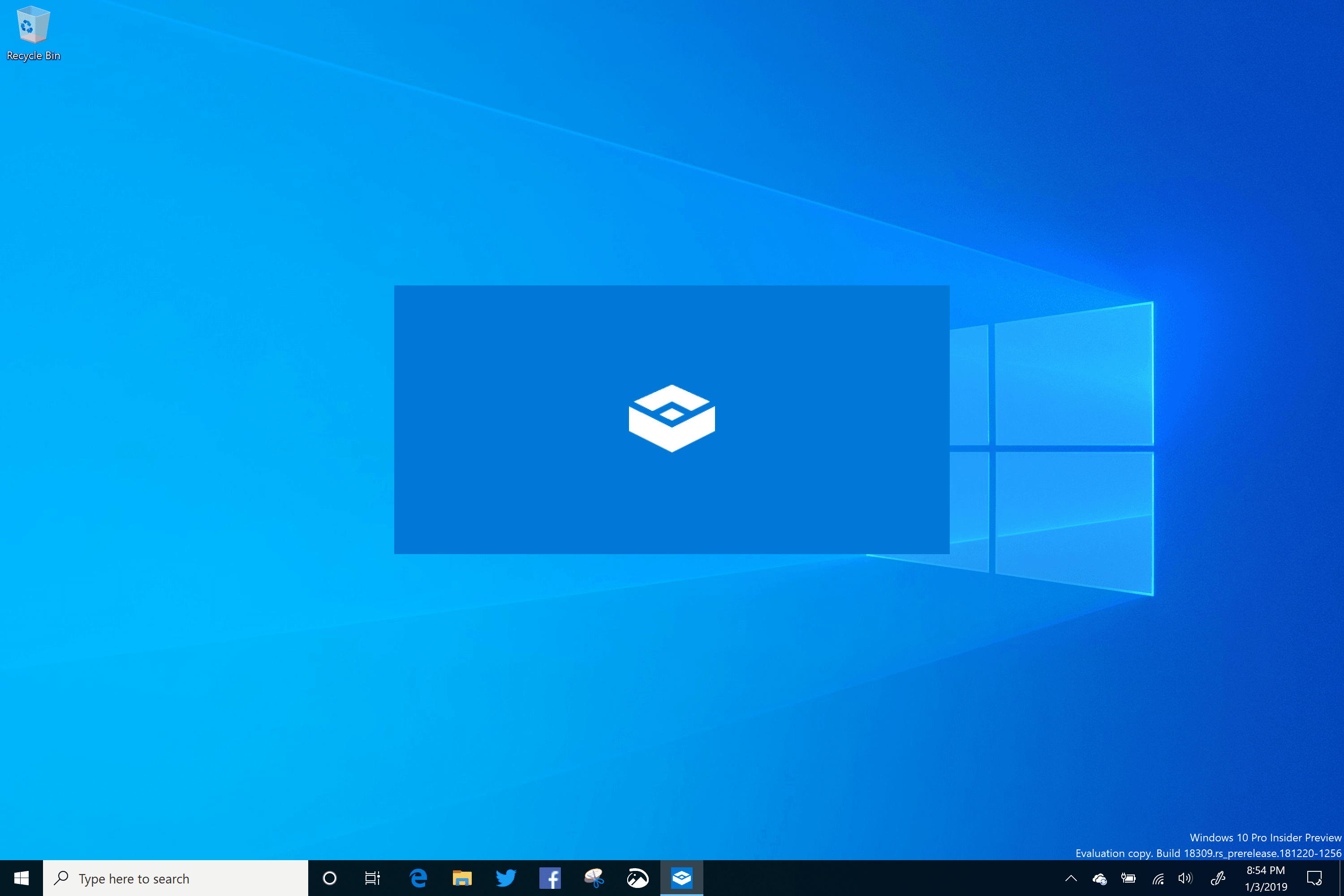 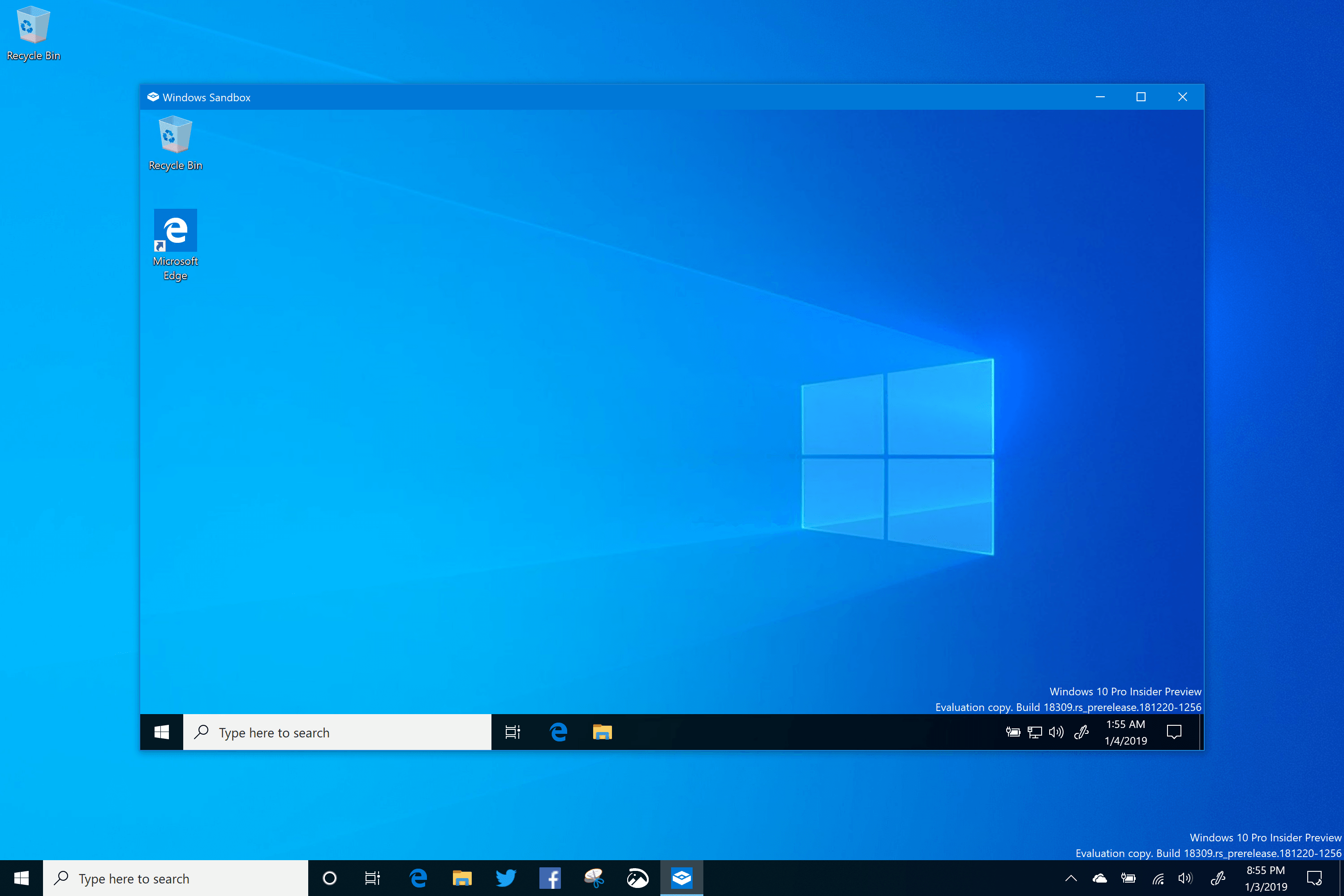 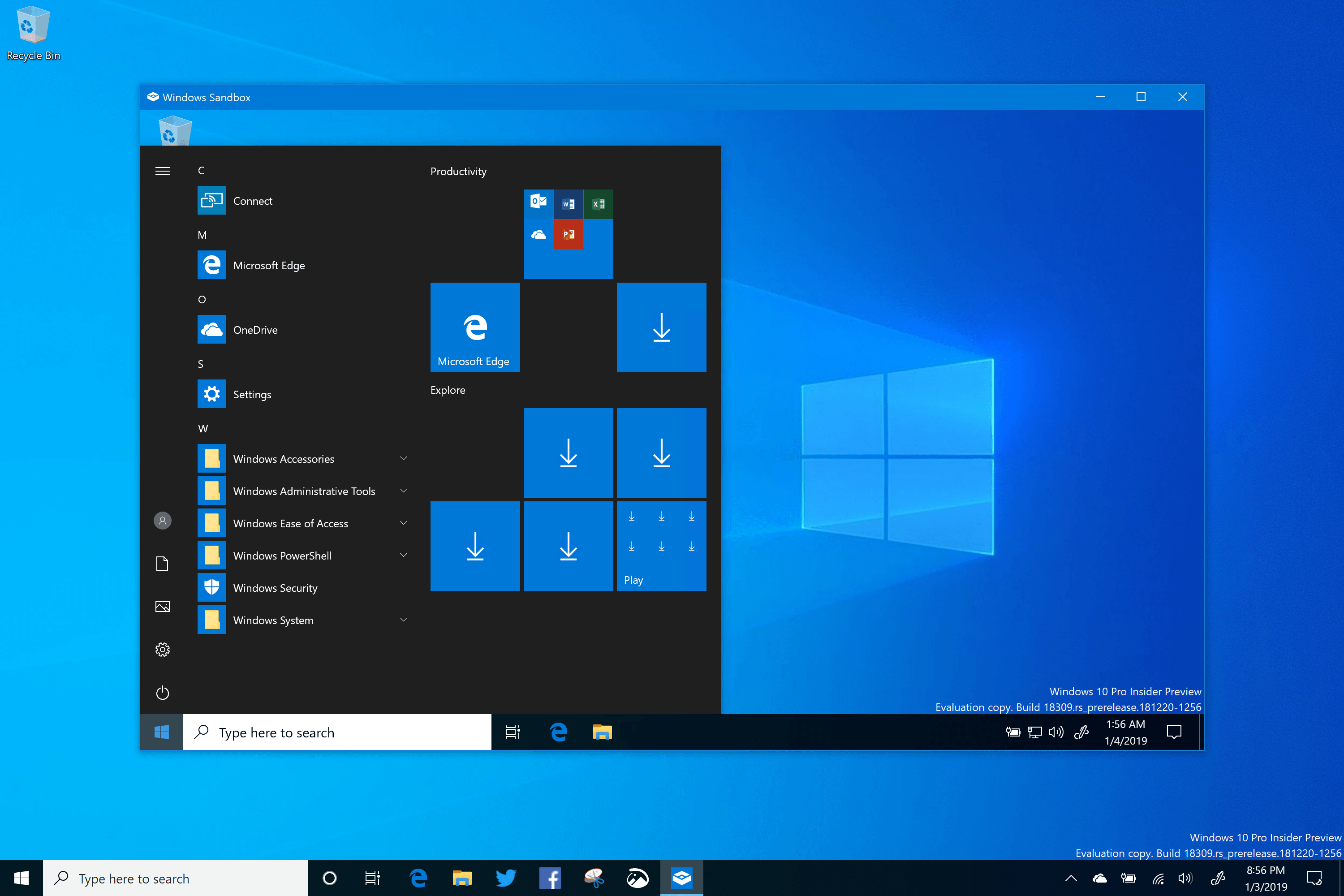 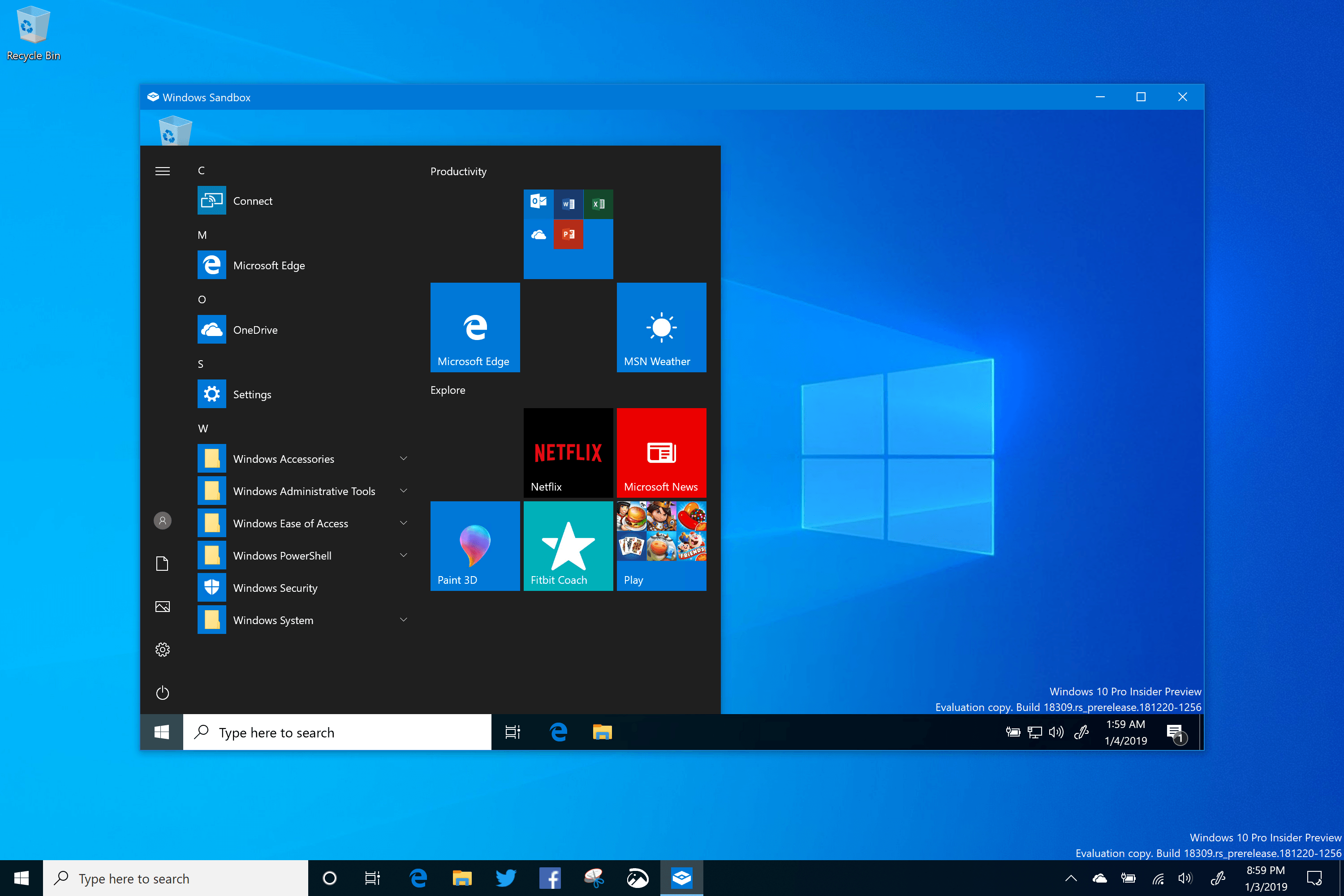 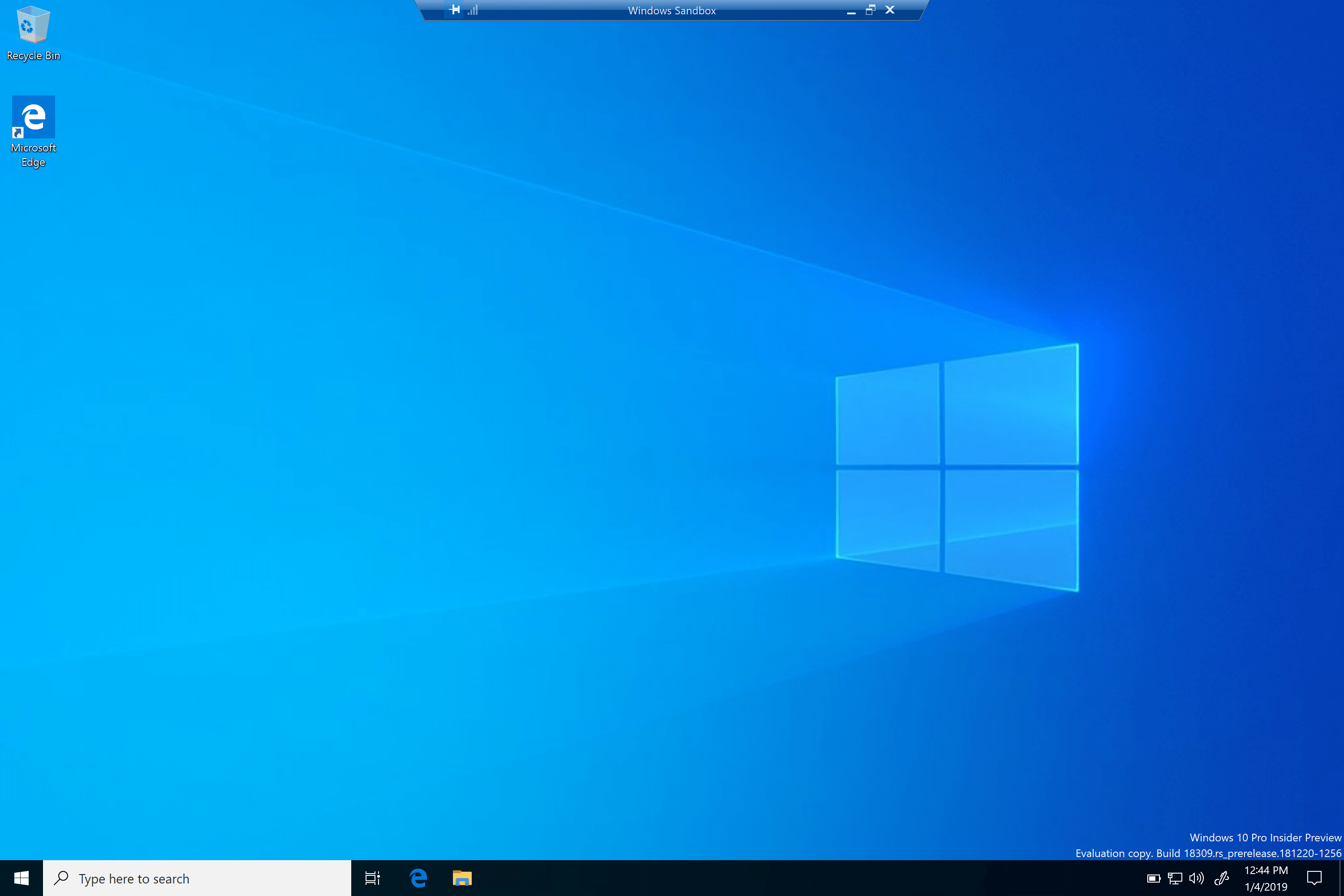 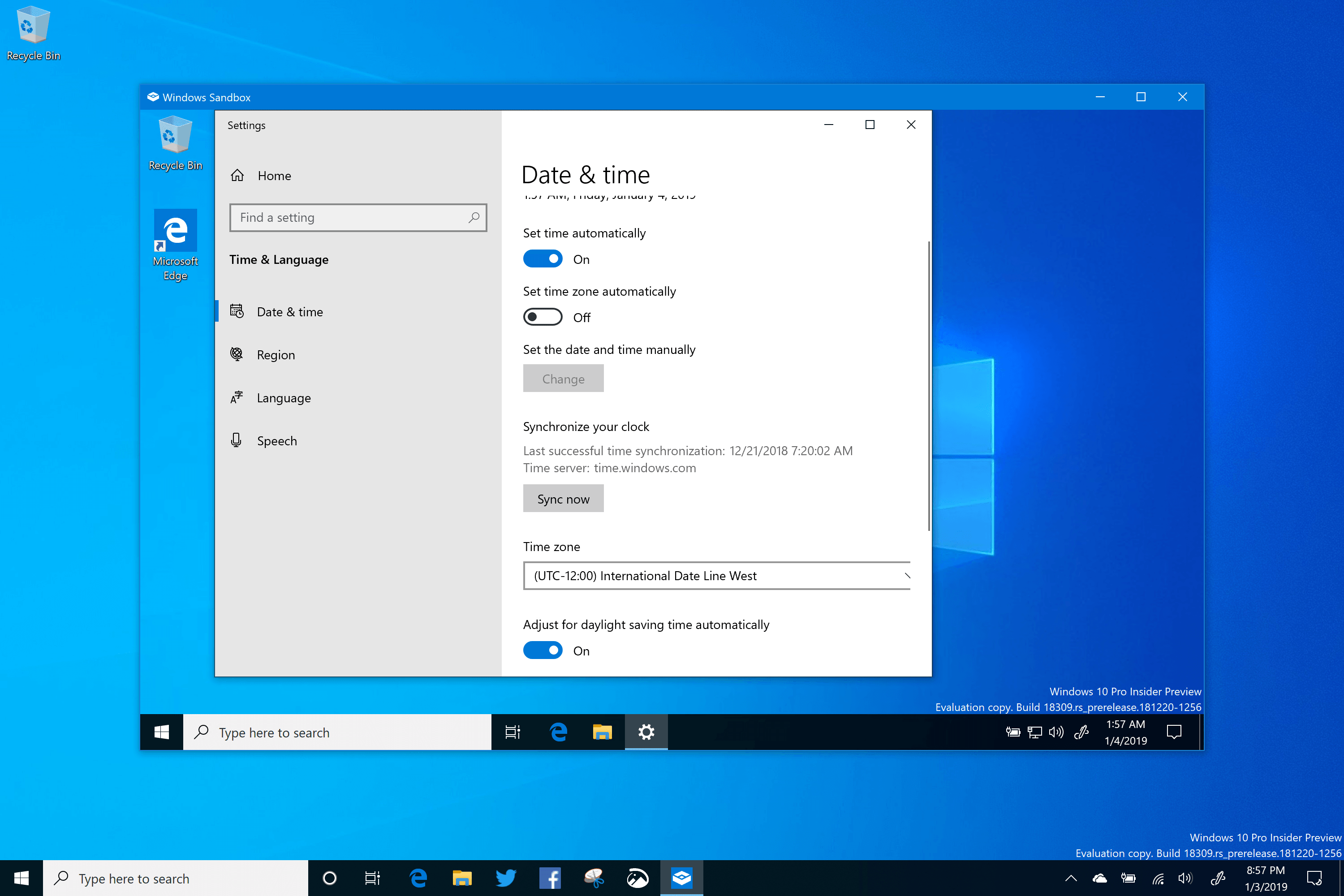 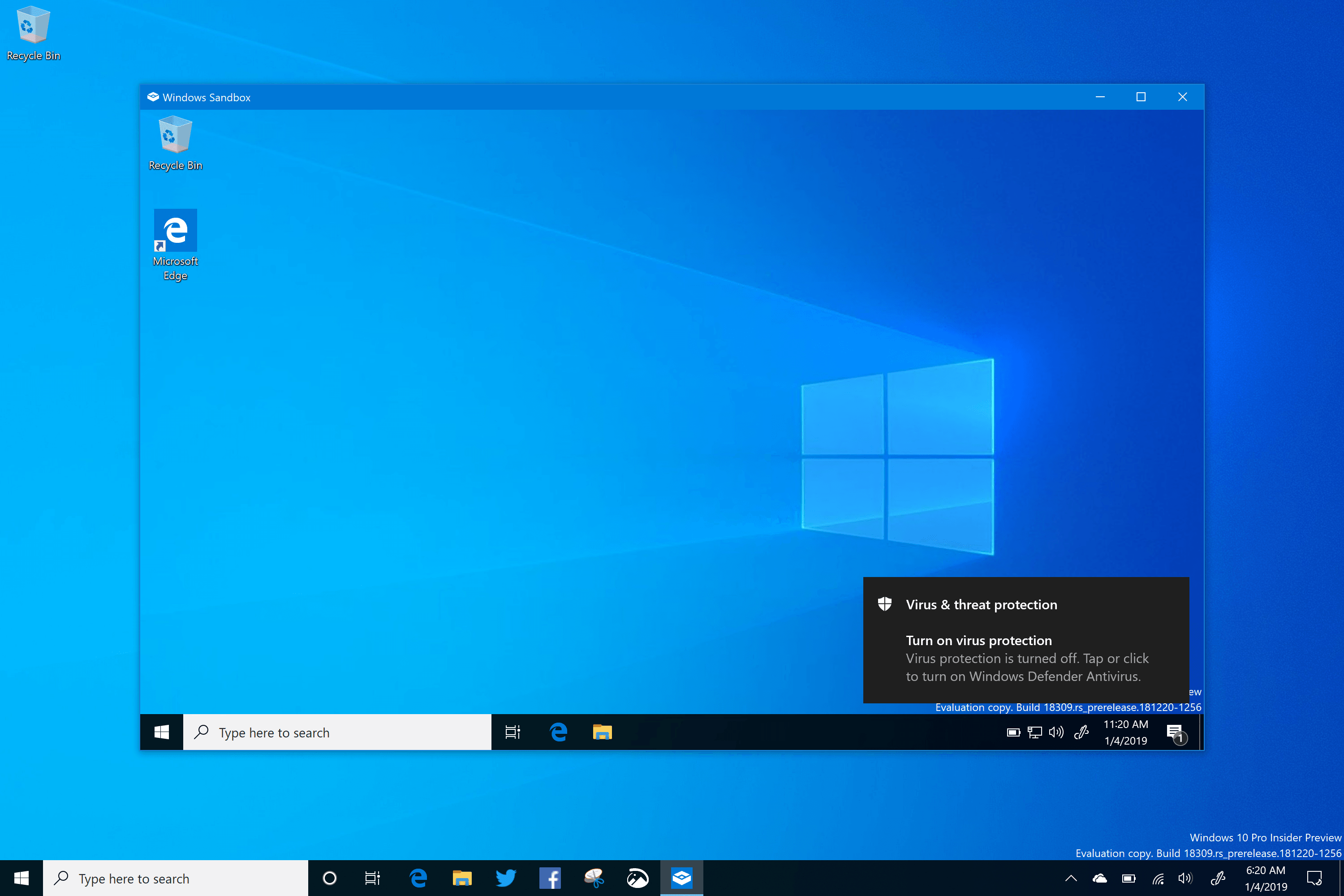 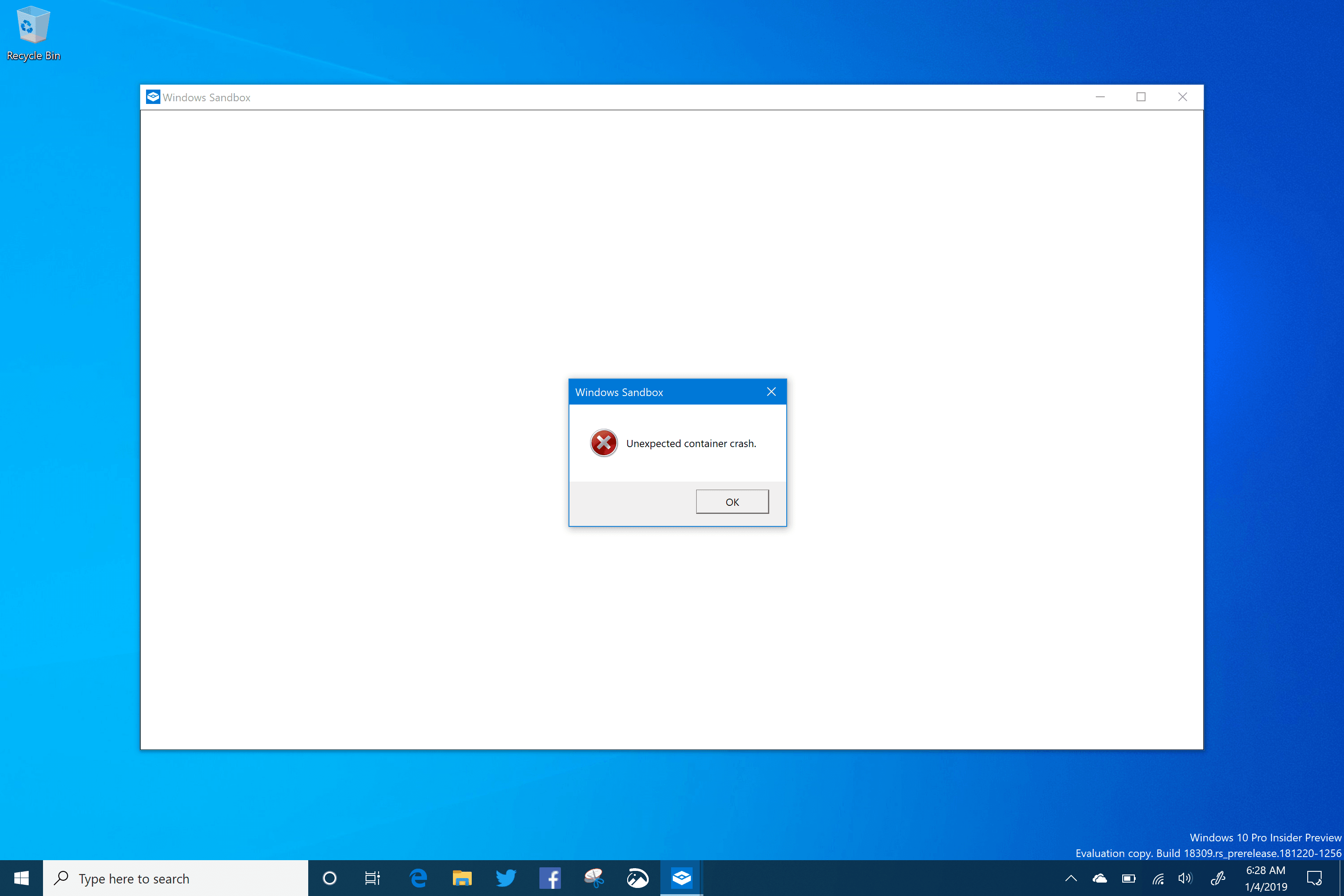 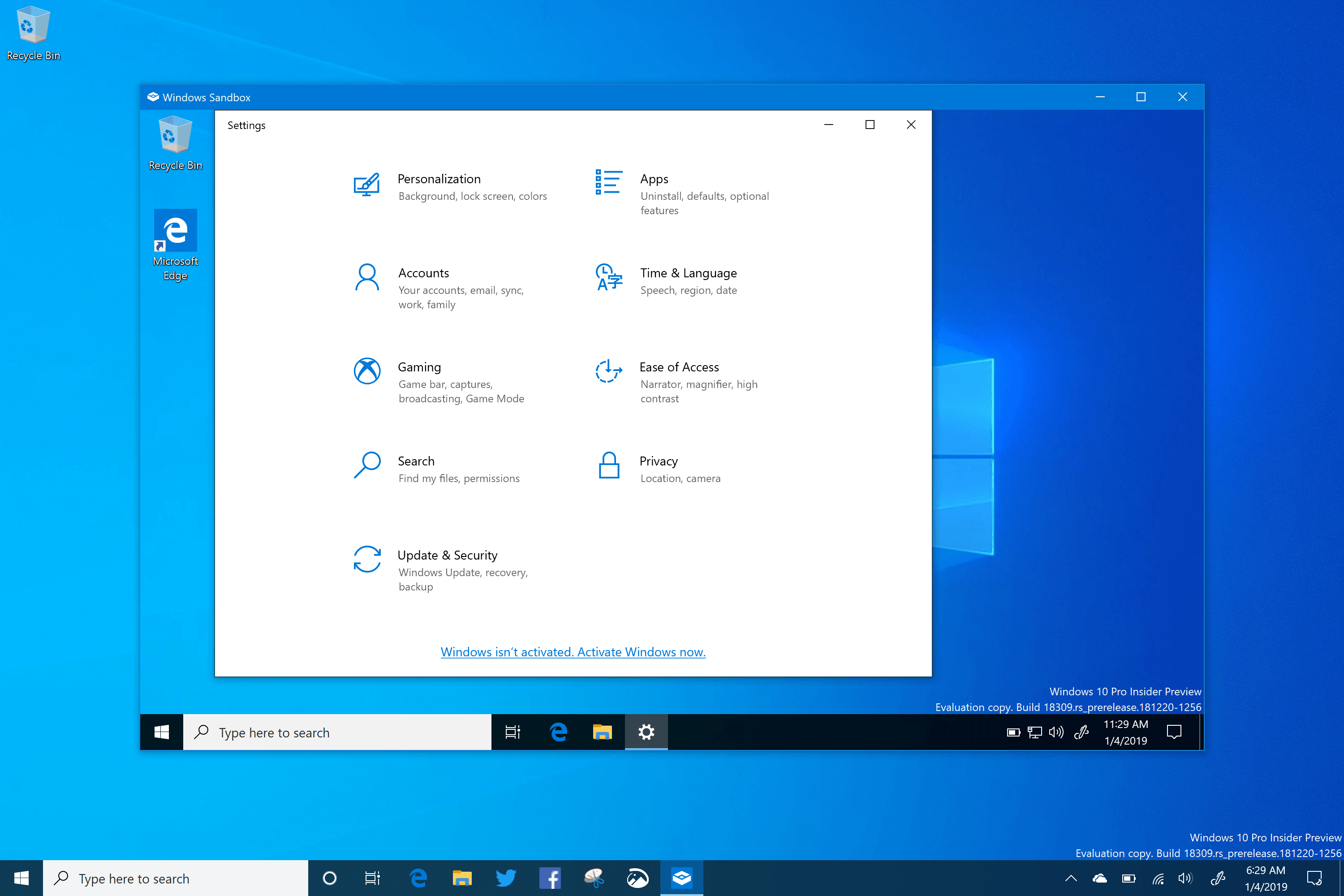 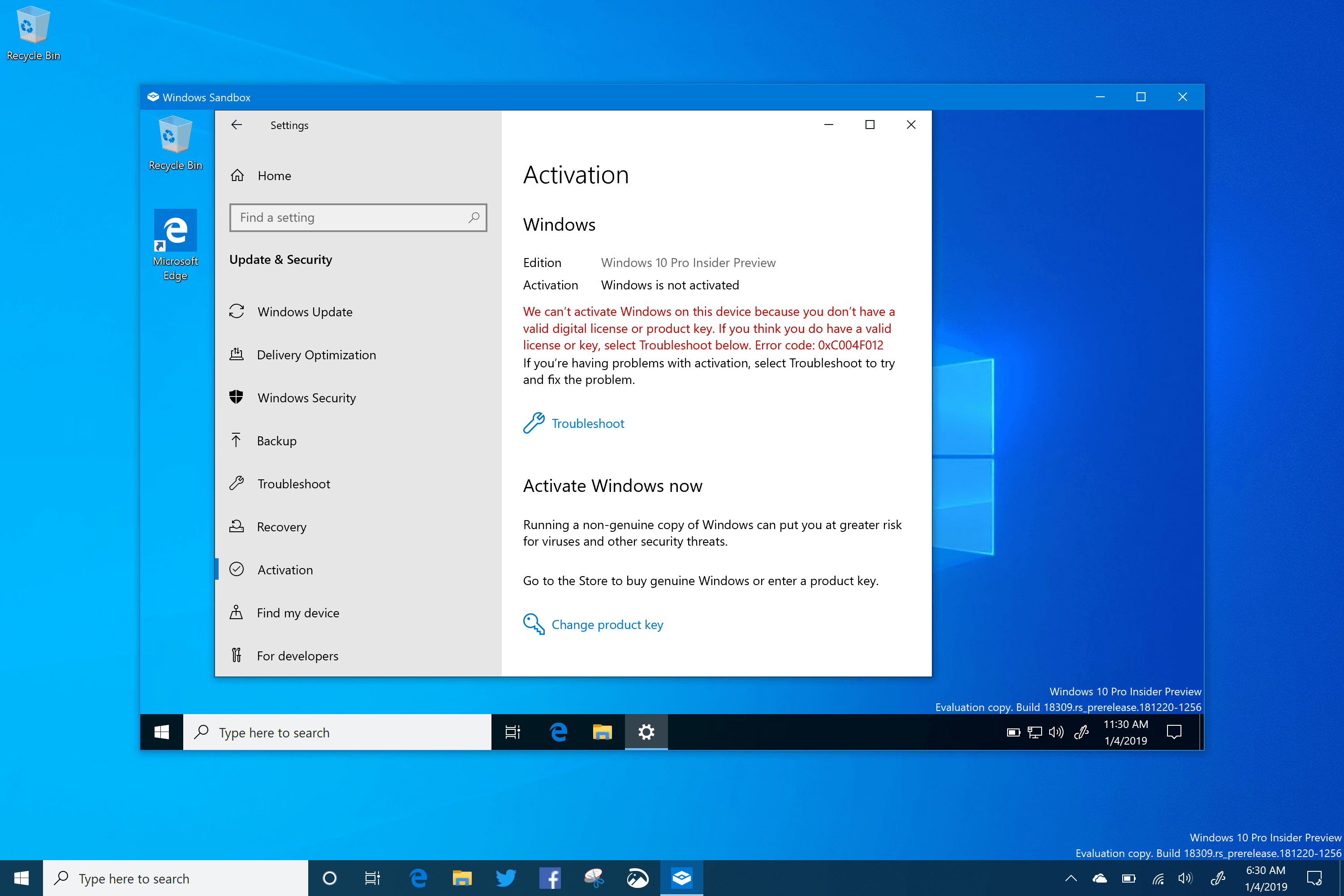 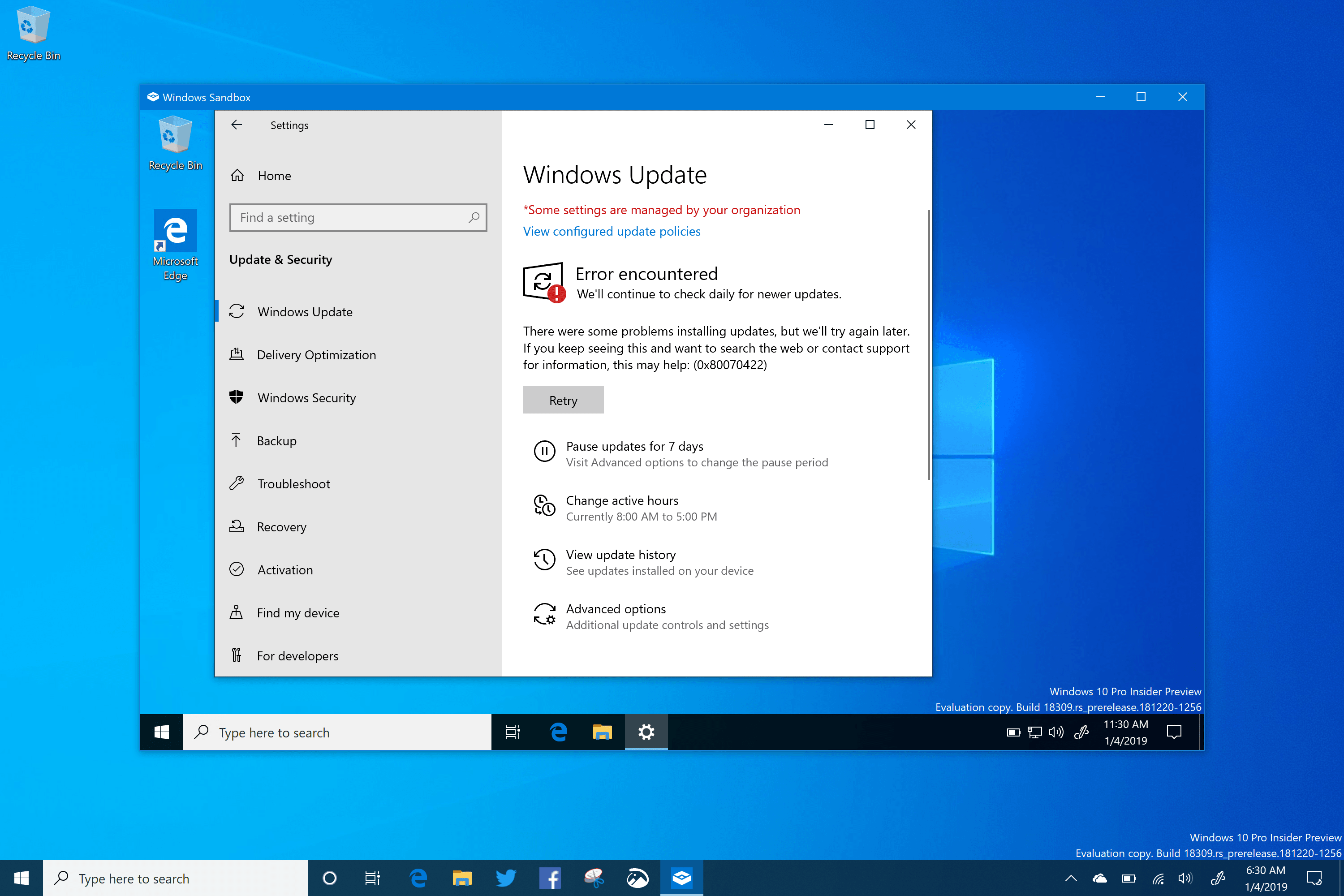 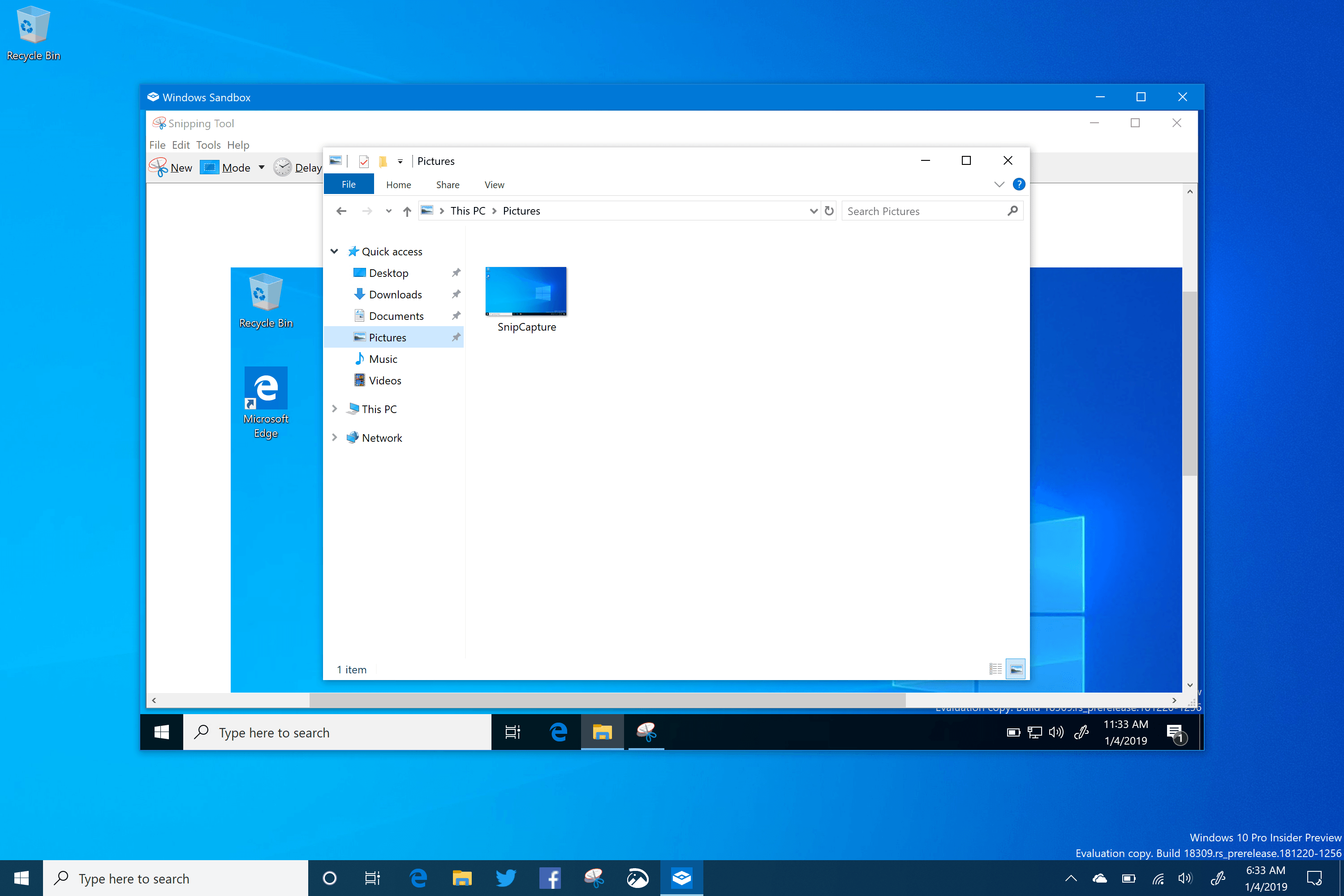 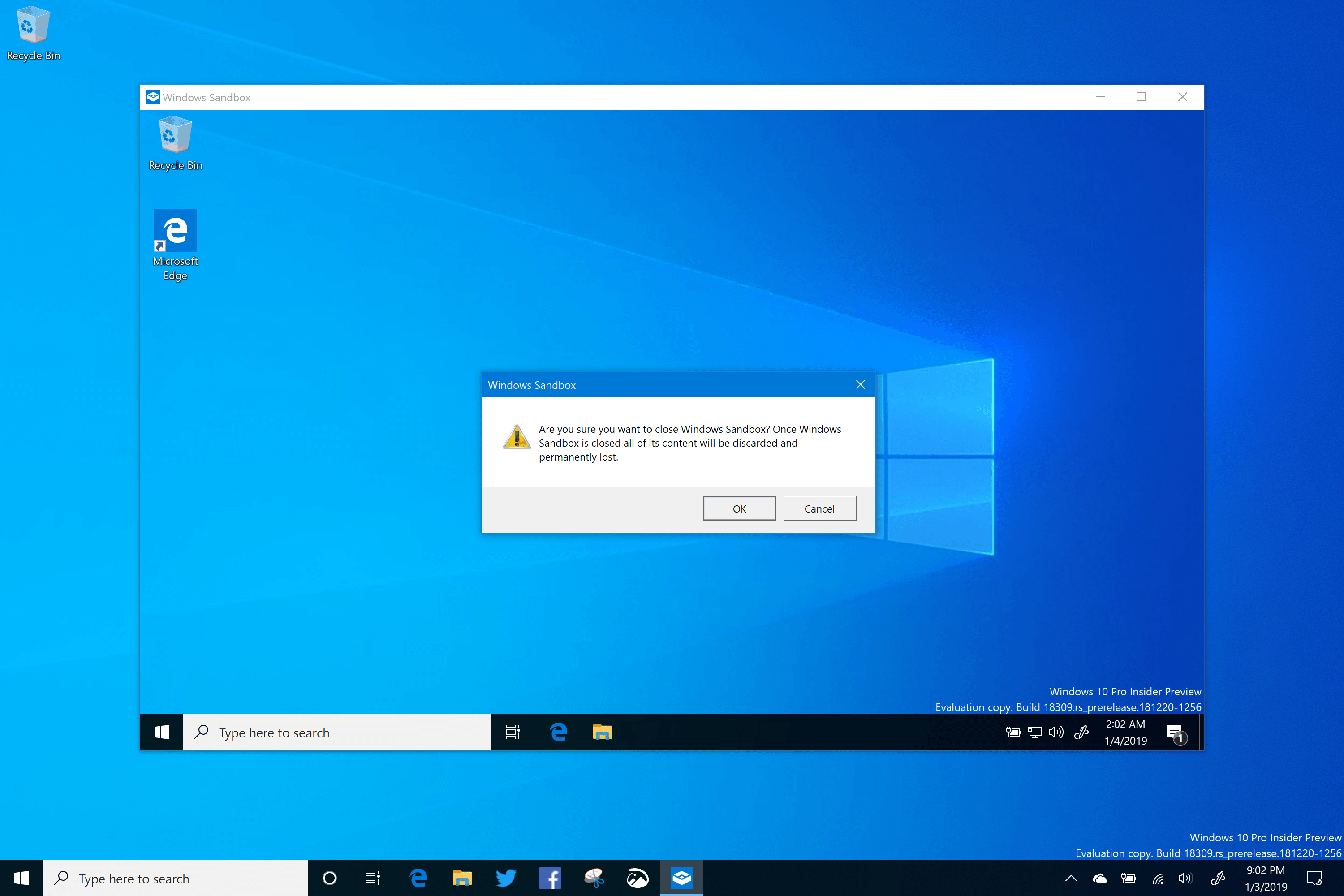