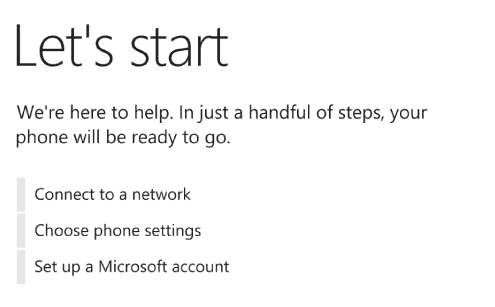 I have been running the Windows Phone 8.1 Developer Preview for about 30 hours now and it has been a pretty positive experience.

Like most of you I updated to the new OS through the over the air download process that we have all become familiar with and installed it over top of my current collections of apps and data. on my Nokia Lumia 1520.

That process went very smoothly and then the race was on to discover the new features and talk to Cortana.

After a few hours I started to notice a couple of annoyances with my 1520 that have continued since:

I had added a 32GB MicroSD card to my phone and moved apps and data over to it so I thought that might be an issue. I moved everything back to phone storage and the slow resumes continued.

So earlier today I opted to do a complete reset on my 1520 but this time I selected to not use a back up of the phone and just start from scratch with Windows Phone 8.1.

In other words, exactly the experience that will happen when you buy a new Windows Phone and go through its initial setup.

Now I know the Nokia Lumia 1520 is a fast phone with its Qualcomm Snapdragon 800 Quad Core 2.2GHz processor and 2GB of RAM but I was really blown away by how fast the reset happened.

It took only 11 minutes from the time I pressed the button to reset the phone until I landed on the default Start Screen. That included signing in with a Microsoft Account and going through the customized install instead of the express option.

Once the phone rebooted after the clean install the screenshot functionality is available so I snagged images of each setup screen to share here so you can see what the process looks like.

After the images look for my observations on the entire process.

I have some additional screenshots from after the reset but I am going to discuss them in Windows Phone 8.1, Resetting your device Part 2, to keep the number of images in the post manageable.