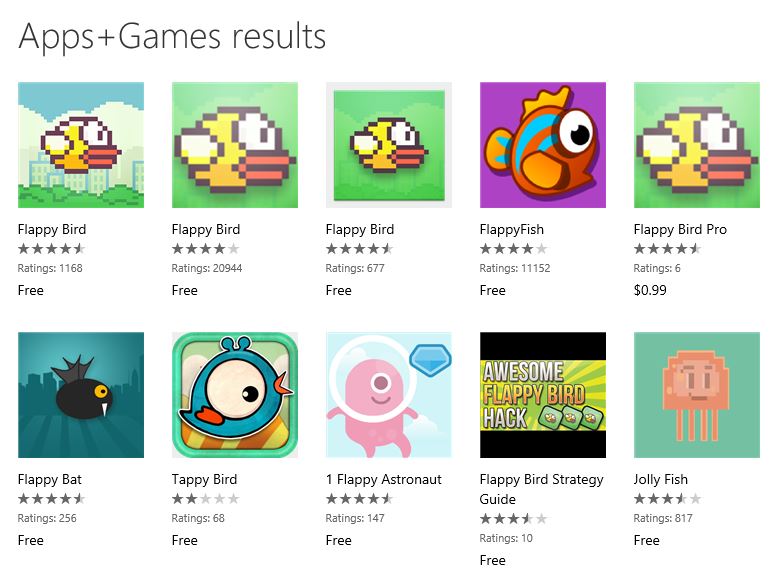 I must admit I have become quite enamored of Flappy Bird and it happened by accident – really it did.

As I was reading all the tweets and stories over the last week relating to the original Flappy Bird developer deciding to remove his $50,000 per day app from the Apple App and Google Play stores I wondered why it was so popular.

Then I decided, in the interest of research and awareness of course, to check out some of the clones in the Windows Phone Store.

Well there are plenty to be had in there:

That top game there is the most popular in the Windows Phone Store and can be checked out online. It has nearly 21,000 reviews for an average of 4 Stars as of today which is astonishing and a testament to its addictive nature.

It also seems to be the best match to the original Flappy Bird game from what I can tell through screenshots and game play clips.

So far 7 is my highest score and that took me several, and I mean several, attempts to get.

I now understand the addictive nature of this game and it is not about awesome graphics but about the game play and desire to get that score higher and higher.

Are you playing Flappy Birds on your Windows Phone?

Share with everyone your favorite clone of the game in the comments below.