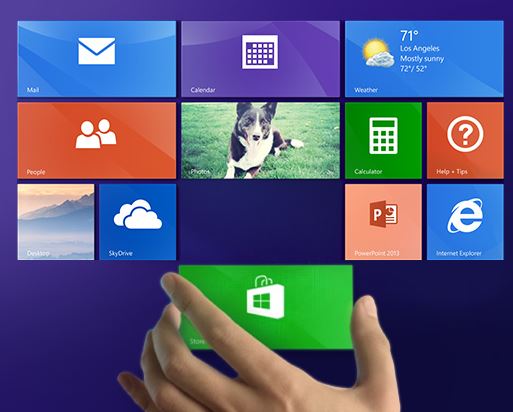 Just this past week Microsoft released a couple of updates to get things ready for Windows 8.1 General Availability (GA) on 18 October 2013.

One was updated camera codecs for Windows 8.1 RTM and the other updates were delivered via Windows Update to make the transition from Windows 8.1 Preview to RTM smoother.

Now Microsoft has setup a hero page for the upcoming Windows 8.1 upgrade.

On this page they talk up the new apps and improved search as well as other areas of the new OS as reasons you will like the update.

Included on the page is a new 30 second commercial that gives a quick idea of the customization and multi-tasking ability of Windows 8.1.

The commercial looks familiar to another one that has been running for Windows 8 called Windows Everywhere: Office so I suspect it is the same ad agency who has done both.

The new commercials tag line is “One experience for everything in your life” and fits inline with Microsoft’s new approach of One Microsoft and their company realignment/reorganization.

What do you think of the new ad?