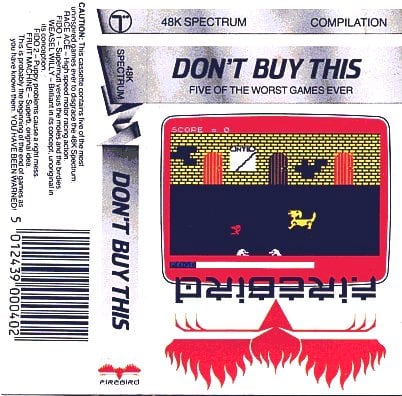 This article is a guest post from Jeremy Harris aka @Fullmetal1986 on Twitter. He describes himself as an arcade and retro game lover and he was a Microsoft Xbox MVP from 2010 to 2012.

Videogames have a lot of history behind them. Some of that history has some very interesting trivia behind it that sounds too good to be true, but it is. Here are some facts that you may not know about in the world of videogames.

Everyone remembers Mike Tyson’s career in boxing during the 80’s. His popularity was enough to get his name on Nintendo’s boxing game, Punch-Out!! for the NES. However, he has never actually played the game up until recently, a 26-year gap from when the game was released in 1987. Unfortunately, Tyson didn’t get very far in his playthrough, losing to the first opponent in the game.

When you think “Nintendo,” you think “videogames,” right? Does the name make you think “American Pro Baseball Owner?” You think it wouldn’t, but it may now. During the middle of the 1992 season, then-Nintendo chairman Hiroshi Yamauchi purchased the Seattle Mariners. Baseball officials were against the idea of an American baseball team being owned by a company not in North America. However, the sale was made.

3.  Downloading games before it was cool

With today’s technology, downloading and playing games is incredibly simple and commonplace with services like Xbox Live and Steam. Would you believe this concept was around during much simpler times? Maybe, “1983 times?” Yes, that far back.

Have you heard of the CVC Gameline for the Atari 2600? Chances are, you haven’t. Probably due to it being out around the infamous VideoGame Crash of 1983. You plug the Gameline into your Atari 2600’s cartridge slot, plug your phone line into the Gameline, and you could download around 75 different titles. All you needed to do was to spend $60 for the cartridge, pay for a year’s subscription, then pay a dollar to download the game. But the catch was that the download would work like a week’s rental. After a week, the game “expires” and you have to pay a dollar again to play it.

The pricing model was….bad. But the concept was very futuristic. Sega would briefly try out this download model with their Genesis/Mega Drive console and Nintendo in Japan with the Super Famicom and the Satellaview add-on.

Have you ever heard of a game publisher urging you as a customer to NOT buy their product? Sounds unbelievable, right? Well, there’s more behind it than what it seems. During the 80’s in the good ol’ United Kingdom when home computers were popular for games, aspiring developers could develop a game and send it to a publisher in the hopes that their game would be published. Not all submitted games were published, mostly because a majority of the submitted games were very subpar.

British publisher Firebird was one of the said publishers who accepted games being submitted to them for publishing. In 1985, they came up with a unique idea. Rather than sending off yet another rejection letter to the aspiring developers, they took the five worst games they have ever received and sold it as a compilation for the ZX Spectrum bluntly titled, Don’t Buy This: Five of the Worst Games Ever. No, really. That’s the real title. Hilarious, isn’t it?

The compilation was sold in stores at £2.50, but Firebird was still dedicated in warning you not to buy it. Even going so far as to disowning any and all copyright to it and encouraging you to pirate it. There were other “compilation games” out there that were made simply for a quick buck in the industry. For this, it was total joke by the publisher against the indie “devs.” Of course, is it a success that their game was published even in this manner or would the rejection letter be better?

The Konami Code. It’s considered “THE code” in videogames. It’s an easy code to remember: Up, Up, Down, Down, Left, Right, Left, Right, B, A. It’s commonly believed to have come from the NES version of Contra but it came from an earlier game and it was there by accident.

Kazuhisa Hashimoto was developing the NES port for Gradius and during testing, he was having trouble playing the game due to it being difficult. To help, he quickly made up a special code that would give him all power-ups to help him progress through the game much more easily. He meant to remove the code before sending it out to store shelves. However, he forgot and the code was left in. Players would discover the code, share it, and help make it into what it is now.

Today, the Konami Code is in many different Konami games over the years in various forms. Either as a cheat, a pointless Easter egg, or as a severe penalty. Please don’t use the code in the SNES version of Gradius III.

Learn something cool from these facts? There’s a lot more where that came from and it will never stop. Even today, players are still finding out some interesting facts and secrets about the games they love, regardless of how old those games may be.