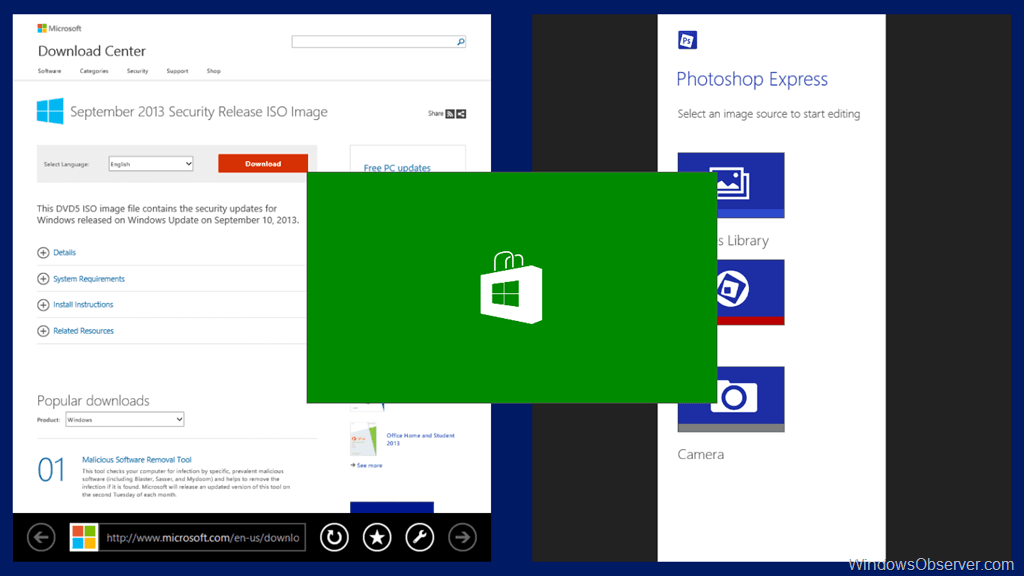 That is my suggested name for this feature.

I just wanted to share this video with you to document what I believe is an undocumented Modern App multitasking feature in Windows 8.1.

When I first saw this in the Windows 8.1 Preview I suspected it might just be a bug however, with it now being present in Windows 8.1 RTM it seems more like a UI feature as you work with multiple Modern Apps on one screen.

The video commentary explains everything.

I can also confirm that this behavior occurs on my Microsoft Surface RT which I am currently running the Windows 8.1 Release Preview on.

So have you seen this as well?

If you had a choice what would you call this feature?

Let me know in the comments and I will pick one of them to receive a 3GB SkyDrive Storage code courtesy of the SkyDrive team.