The Steve Jobs movie as seen by a Microsoft Guy 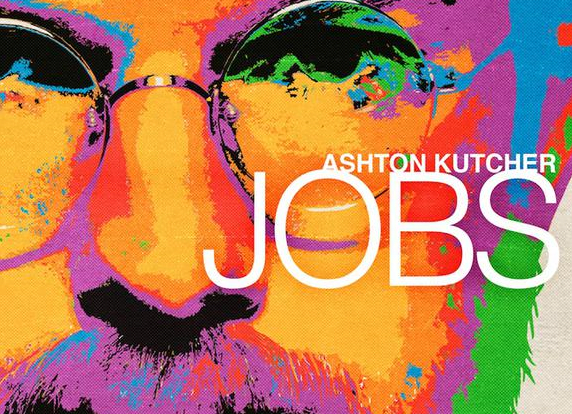 We have been hearing about this movie for quite some time now and it has finally hit the big screen with a nationwide release.

Since seeing more of the trailers as they were released over the last few months I have had a growing interest in seeing this movie.

Now you know from this site, my podcast and of course my Twitter timeline that I am a Microsoft Guy. I use Microsoft products and when I am looking for a piece of technology or software to fill a need I look first to Microsoft options.

However, one thing I have always tried to do, and think I have been successful with, is not faulting others for their own technology choices. If something works for you then use it and if that includes brand loyalty then so be it.

My first observation is that I think this movie is not going to do well at the box office.  There were less than 20 people in the theater watching the movie and there were not huge crowds waiting to get into the next showing as we came out.

The release of a new iPhone this event most certainly was not.

I think this movie will do well when it releases to DVD and the various streaming options.  It also struck me as the type of movie that is going to identify with a niche crowd probably first and foremost with Apple fans and then followed by tech enthusiasts who are interested in the tech history aspect of this slice of Apple history. I quite enjoyed seeing all of the old tech companies that were represented at the tech fair where Apple announced the Apple II in the movie.

The movie covers the period of time from the companies creation until the unveiling of the iPod in 2001, a scene that actually opens the movie, but the movie ends about four years earlier as Jobs returns as CEO of the company circa 1997.

Now I am not intimately familiar with Apple’s historical timeline but I had a rough idea of how things started, when Jobs was forced out and of course his return to the company in the late 90’s and then their products released after his return and until his death.

I found the movie fairly entertaining and was very impressed with the casting of the main characters because at the end when they showed the actors next to their real life counterparts it was obvious there was a lot of intent to get those matches.

As certain characters made their initial appearances on screen or names were heard those watching the movie certainly seemed to recognize them for who they were in the Apple story.

When you go and see a movie that is based on a true story it can be challenging because of the word based. There is no way to tell what did or didn’t happen and what is a dramatization of real life events etc. for the camera.  So much of that has to be taken with a grain of salt. However, I thought Ashton Kutcher did a good job alongside of Josh Gad who portrayed Steve Wozniak and the remainder of the cast was OK as well.

I also found myself focused on Ashton Kutchers walk throughout the movie based on an early screening movie review I read from GeekWire’s Todd Bishop.

As the movie finished I paid particular attention to the reactions around me in the theater and as I walked to my car around others who saw the film.

There were a couple of man that was a great movie comments as well as one older couple talking about the behaviors of smart people as portrayed in the movie.  These reactions were enthusiastic as you might expect from the type of crowd likely to go and see this movie in the theater – enthusiasts and fans.

So is it worth seeing on the big screen? I would say if you can get in on a matinee showing with a reduced ticket price then yes otherwise wait for the DVD and streaming options.

Have you seen the film? What did you think?