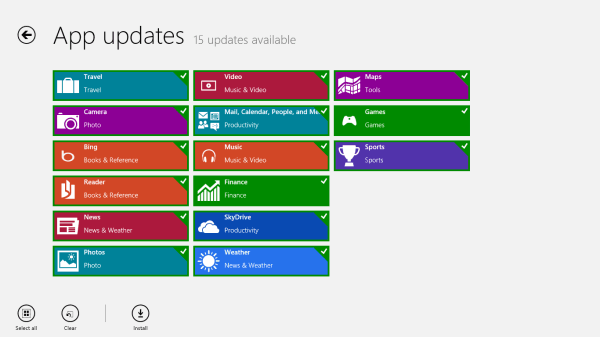 Patch Tuesday’s are always pretty busy days for everyone on Windows based systems as it is the day that updates for security related issues are made available as well as firmware updates for Microsoft’s two Surface devices.

However, one area for security updates that will not have to wait for the second Tuesday of each month, which is when the regularly scheduled Patch Tuesday happens, is Microsoft’s collection of Modern (formerly known as Metro) Apps.

According to info posted today by Microsoft these apps will get security updates whenever they are available and a security advisory will also be released.

With this in mind, we will deliver high quality security updates for Windows Store apps as they become available. This applies to Microsoft apps that are installed using the Windows Store and to apps like Mail, which are preinstalled with Windows 8 but updated using the Windows Store. Providing security updates to these apps more frequently will allow us to add new functionality, fix issues and improve security. This will also help developers to avoid introducing new issues during the update process.

Maybe eventually we will arrive at a point where all security updates are distributed whenever they are ready instead of all on one single day each month.

Would that be unmanageable?