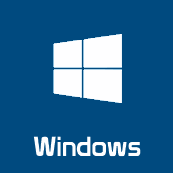 Yesterday I presented a Consumer Camp session at the Microsoft Store in Orlando, Florida which is located at the Florida Mall. The session was a very straightforward presentation about Windows 8 and navigating it in both touch and with a keyboard/mouse.

I had already prepared my presentation in PowerPoint and had it loaded in the cloud, on a flash drive and on the drive of my Acer Iconia Tab W500 Windows 8 tablet. Never hurts to have a backup.

However, I had decided before heading to the store for the presentation that I was going to purchase a 32GB Microsoft Surface tablet so as I arrived to set up I spoke with the store events coordinator and made my purchase.

My plan was to make my presentation for the session on the brand new Surface that I purchased less than an hour before the presentation to show the synching and cloud features of Windows 8. This also showed the audience how quick and easy it is to get running on a new install of Windows 8 compared to past OS installs.

I am very pleased to say that the Surface downloaded all of its waiting updates including those for the built in Bing Apps, the firmware update and all of the security updates that were released last week.

Of course, since I used my Microsoft Account to log into the system my settings were synched from my other Windows 8 system and my SkyDrive cloud access was setup as well.

I was able to pull my presentation down from the cloud and share it with the audience.

All of this was accomplished in about 45 minutes. I would call that very flexible and functional!

Of course I will have more to add about my experiences with the Surface as my time with it progresses but I did want to say that this blog post is being written in Word 2013 which comes with Surface RT.

Since Windows 8 RT does not run legacy x86 apps that means the Windows Live Essentials suite of software, which includes Windows Live Writer, cannot be installed. Word 2013 offers the next best thing in allowing you to connect to your blog and post to it.

It is an entirely different experience to Windows Live Writer but the Word team is very open to feedback on what features bloggers want to see in the tool so make sure you let them know via Twitter (@Office) if you have something for them.