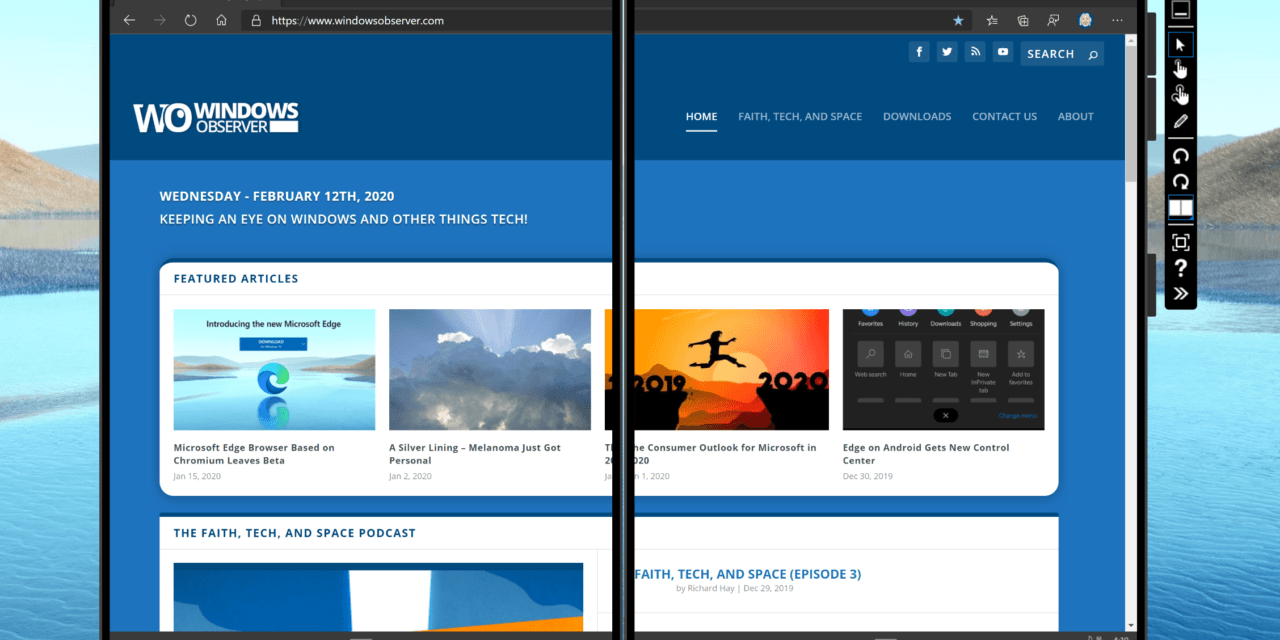 Although it was intended to be a pure developer event, yesterday’s Microsoft 365 Developer Day turned into a debut of what might be the first public glimpse into the future of Windows and not just Windows 10.

While development for dual-screen devices such as the Surface Neo, which Microsoft first shared with the public in New York City last October, was the focal point of the developer event and on-demand videos, the exciting part for geeks like myself was finally seeing Windows 10X.

It has been known by a couple of monikers – Windows Lite and Windows Core OS being the main names as leaks abounded across the blogosphere.

However, after spending some time checking out this early look at a truly modern operating system, it might just be the key to the future of Windows.

This theme has been percolating across Twitter in the last 24 hours as well.

With all that said and I have more to add later, here are the key details that can help you check out Windows 10X right now:

If your device meets all of this requirements, you must make sure that the Hyper-V feature has been activated on your install.

Hopefully, at this point you are ready to start the emulator software up and access the Windows 10X image. If everything is working you should see this on your screen.

If that is what you see now you can start checking our Windows 10X.

Note: This is an early release of this operating system and not everything is backed in yet so be patient with bugs and other errors. In addition, you are running this OS in a nested virtual machine utilizing resources from the host OS. Even on the most powerful desktop or laptop devices, this is still an imperfect experience. Be patient and have fun poking around because you can’t really break anything as you explore.

Below I have provided more than 30 screenshots of Windows 10X running in the emulator on a Surface Laptop 3. That device, which was launched in October of last year, has an Intel Core i5 CPU (quad core CPU) with 8GB of RAM. It does much better than when I tried to use the 2017 version of the Surface Pro so your performance experience with Windows 10X will be dictated in many ways by the host operating system.

Visit the Microsoft 365 Virtual Events homepage and check out the Getting started with Microsoft Emulator and Windows 10X video for additional tips.

In no particular order, here are my notes and observations about Windows 10X:

It is going to be a lot of fun watching Windows 10X along its development path.

As others have said on social media, the dual-screen devices that will run Windows 10X, including Surface Neo and hardware from Microsoft’s OEM partners, are fun and interesting for sure.

However, the real secret sauce is how Windows 10X is being built under the screens at the operating system level. Between the read-only core OS and the containers for apps and software, this has the potential to be a huge innovation moving forward for Windows overall in areas of backwards compatibility, security, and data protection.

Note: Go see the video called How Windows 10X runs UWP and Win32 apps on the Microsoft 365 Virtual Events homepage to see how this all fits together.

I honestly believe that Windows 10X will be made available on consumer devices that are not dual-screen based hardware because this is going to be Windows as we know it moving forward in the consumer market. It should turn the 2-in-1, convertible, and tablet form factor markets into ones with a collection of hardware that is capable of keyboard, mouse, touch, and tablet based interactions without any compromises.

The next several months are going to be a lot of fun. 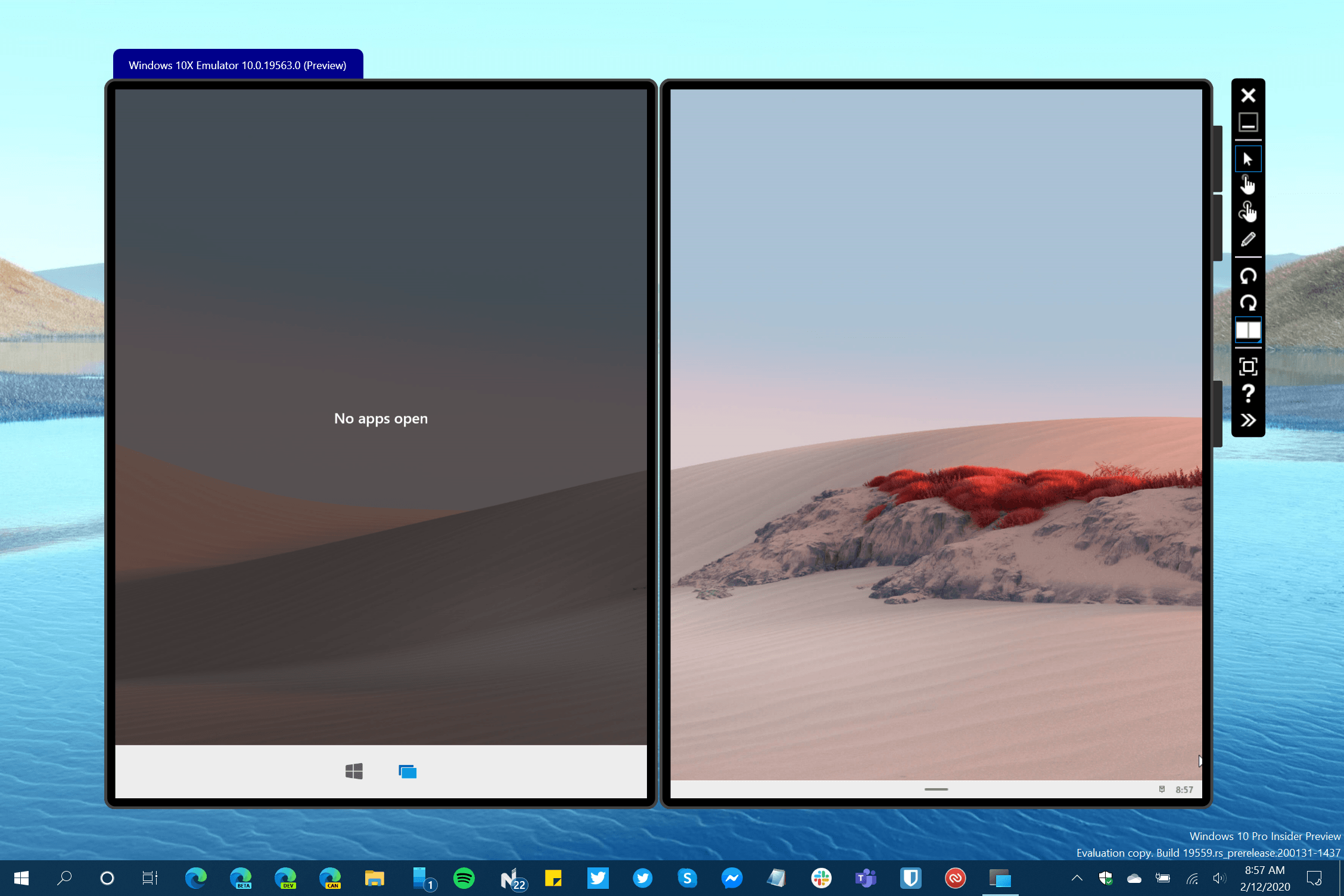 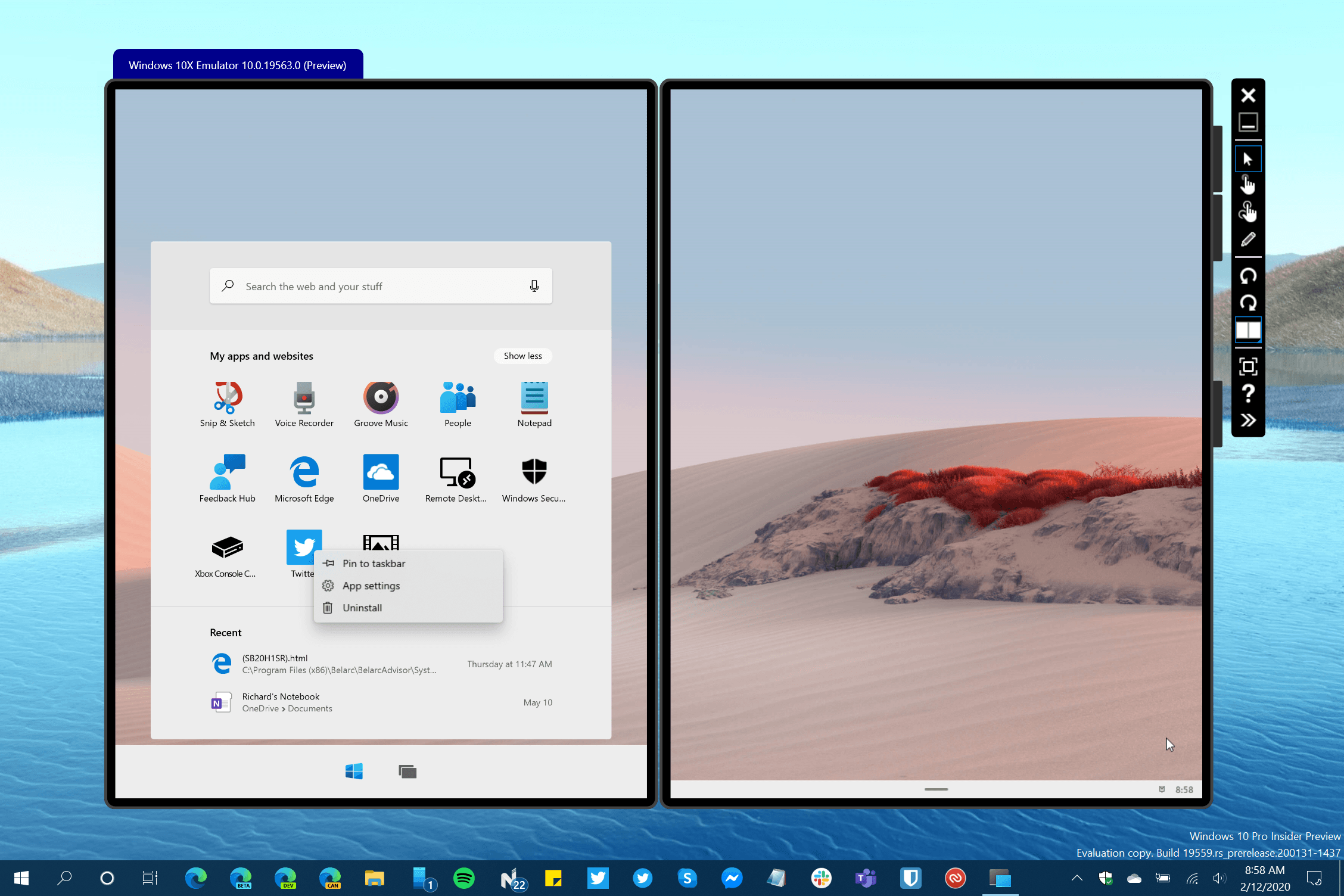 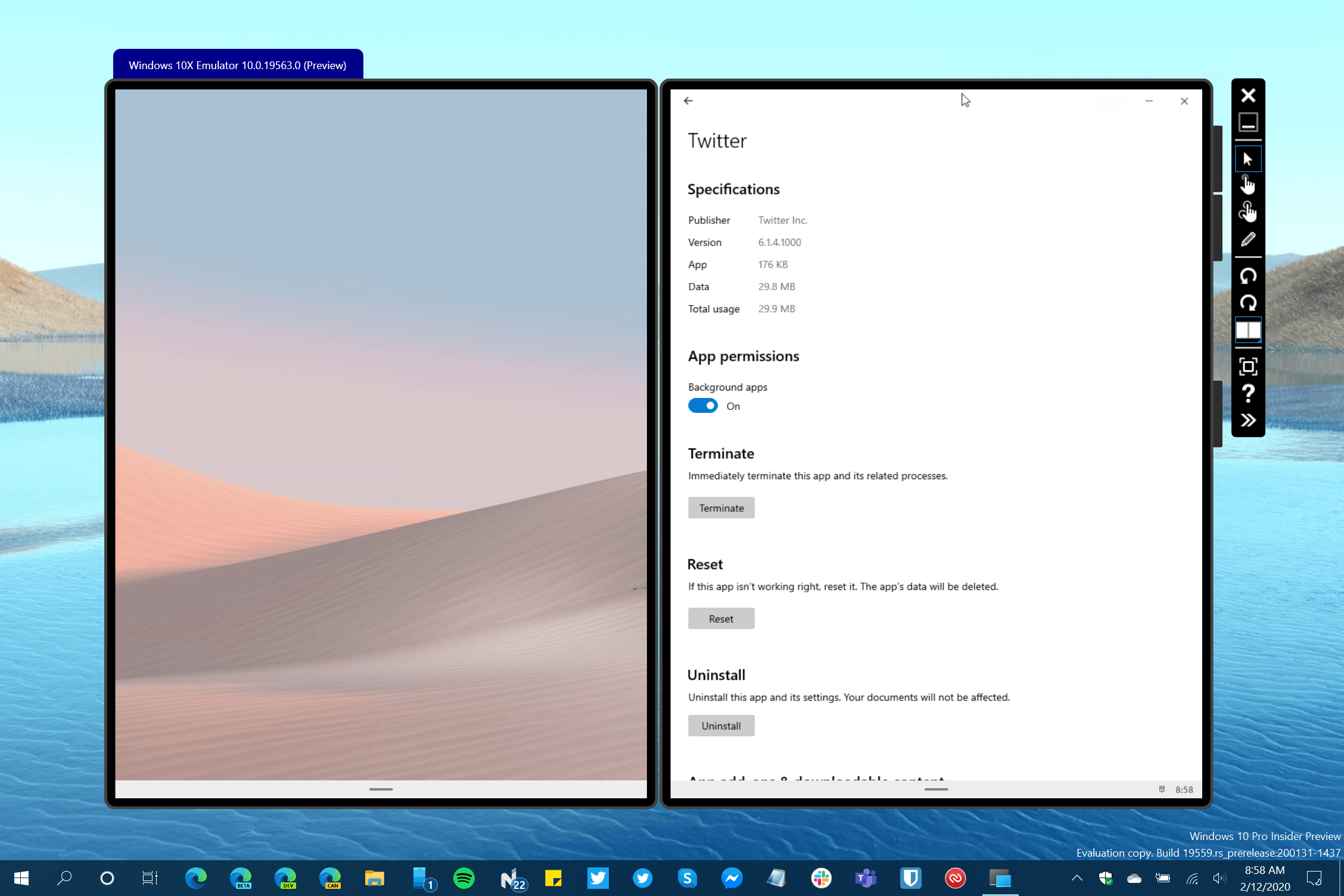 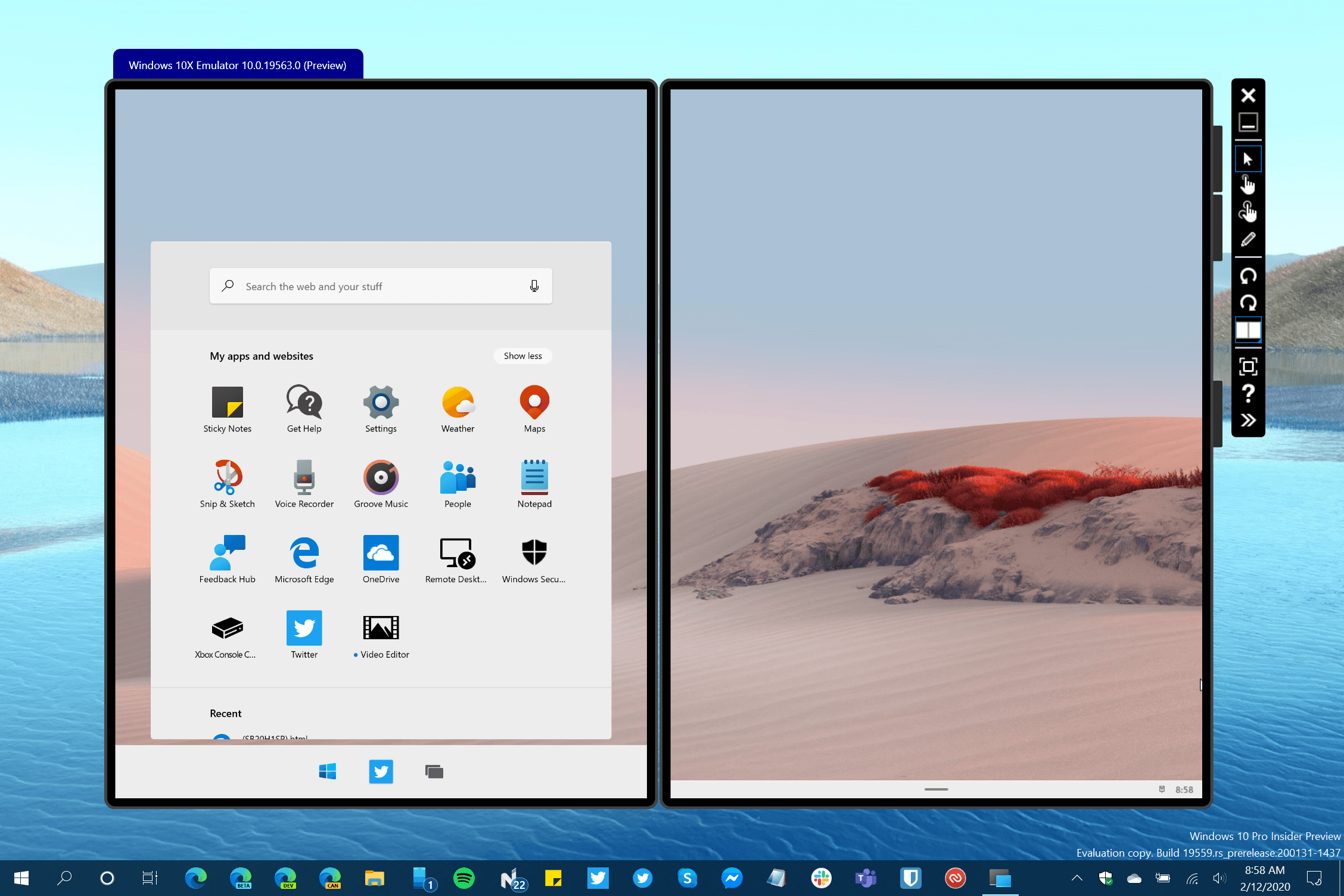 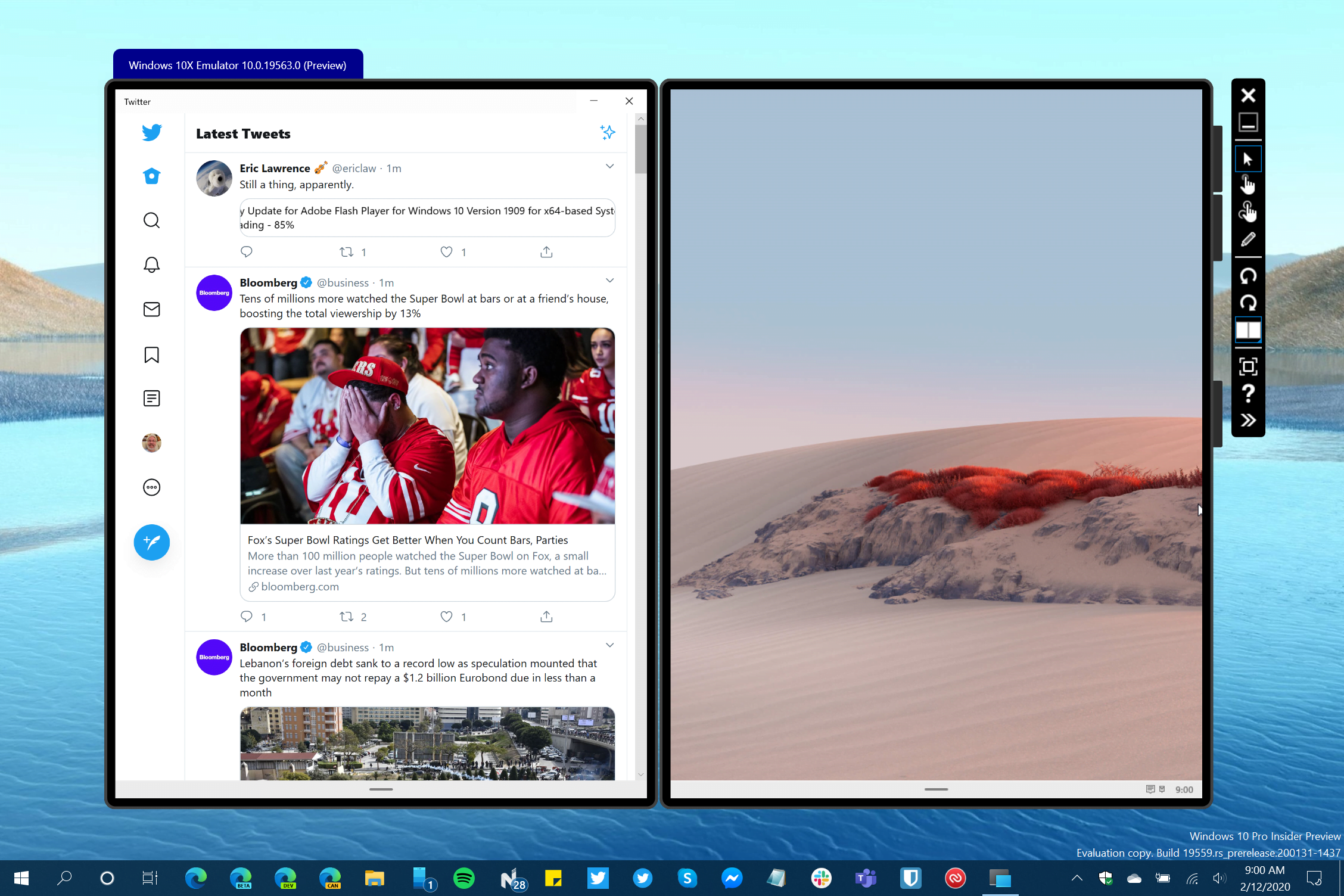 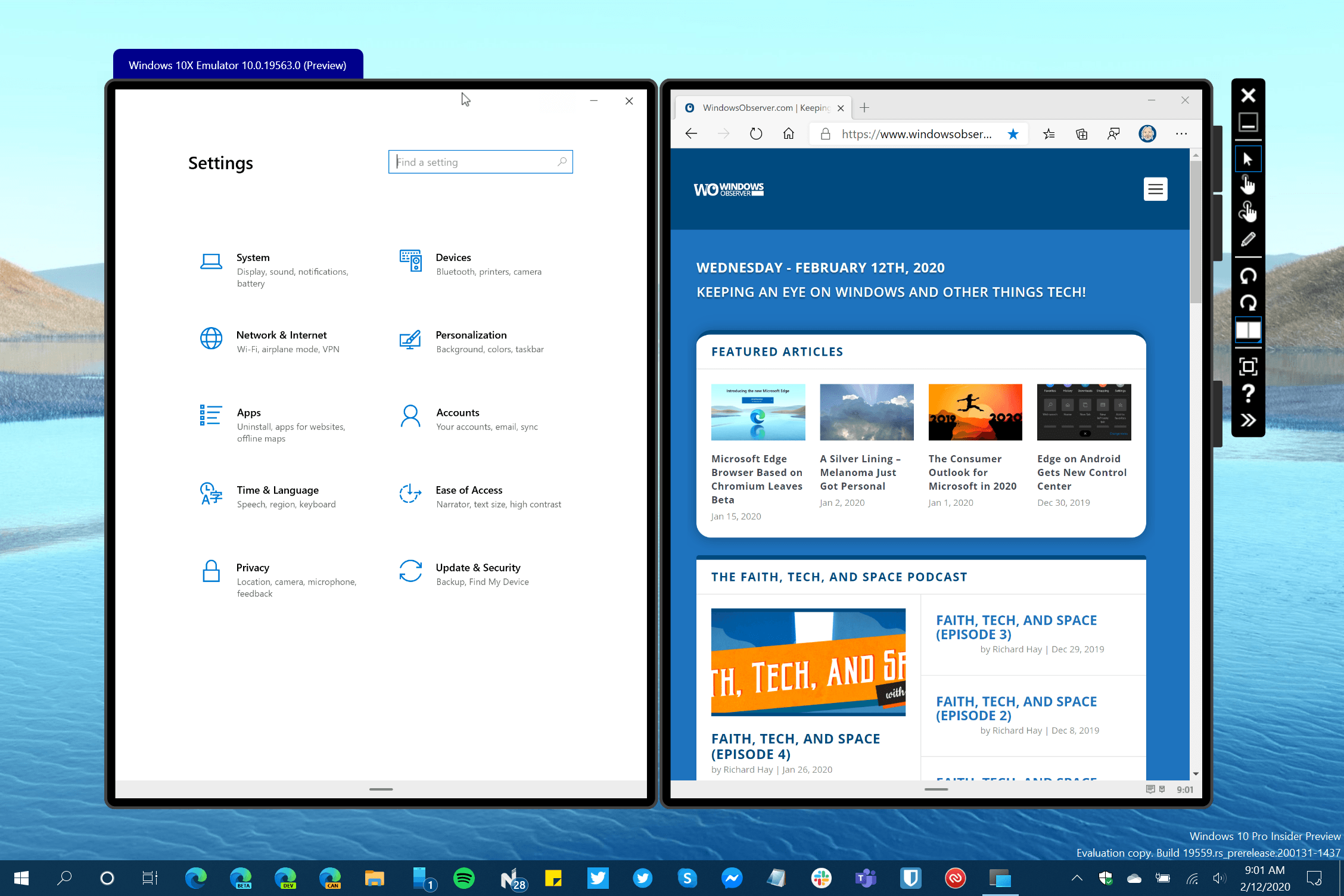 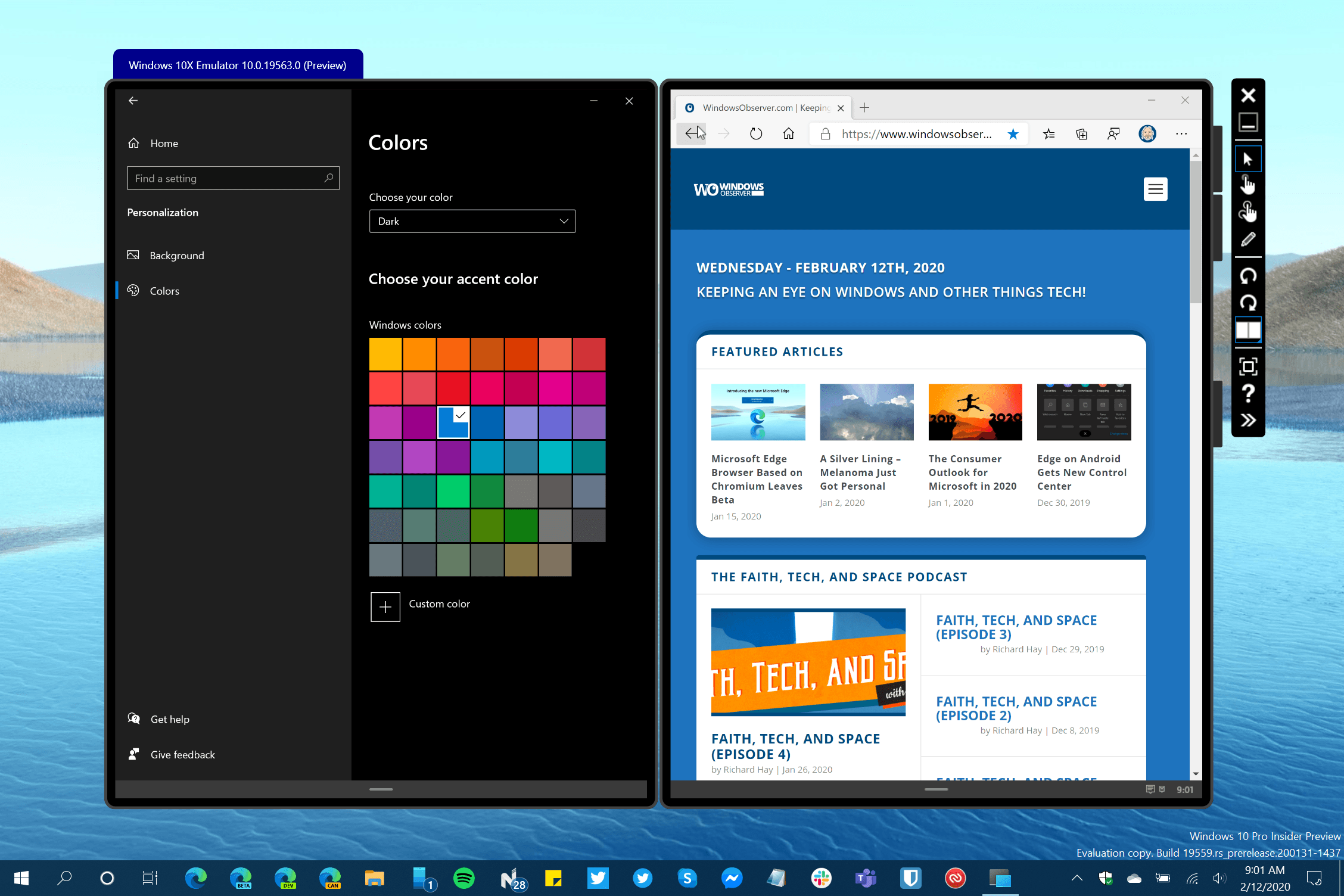 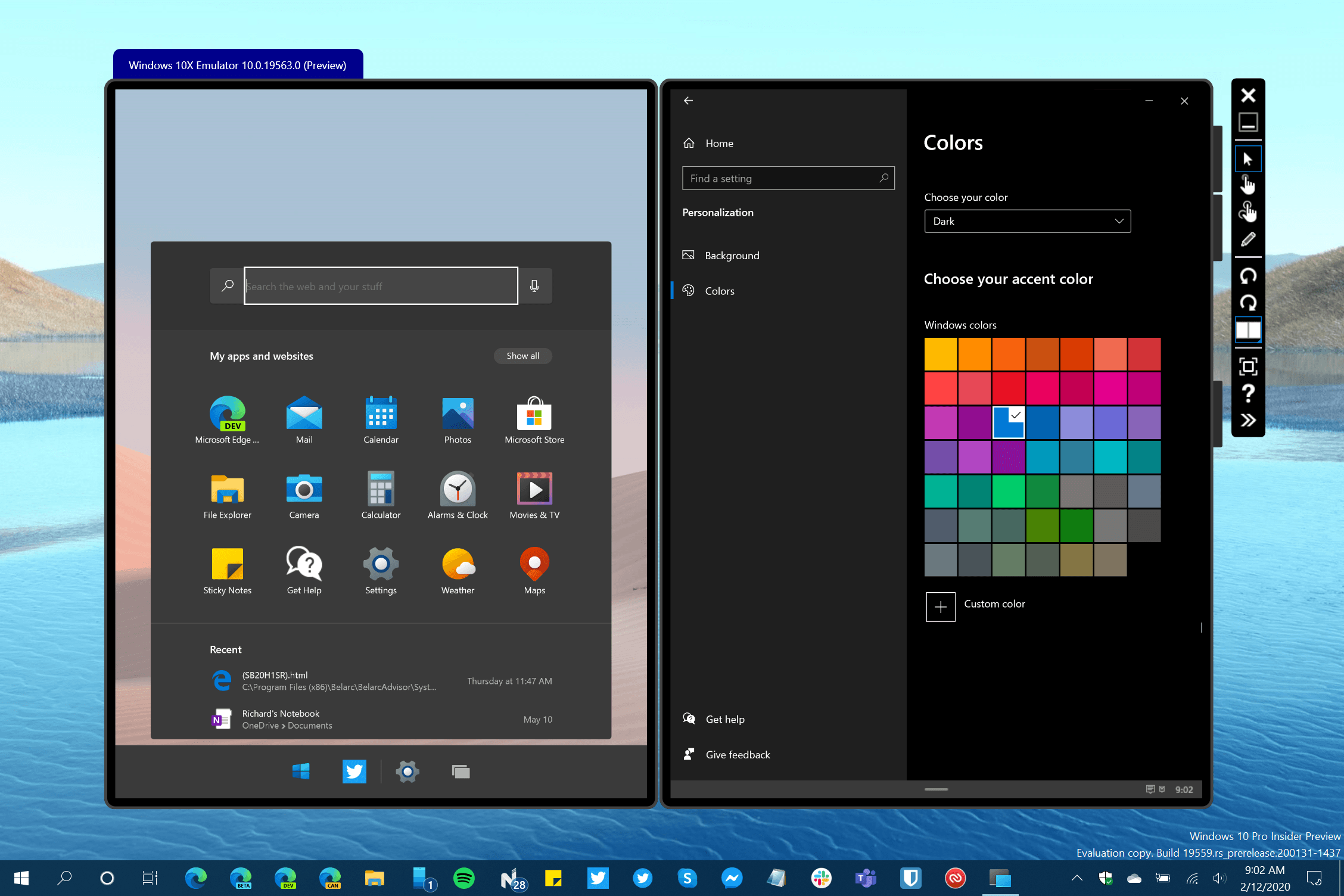 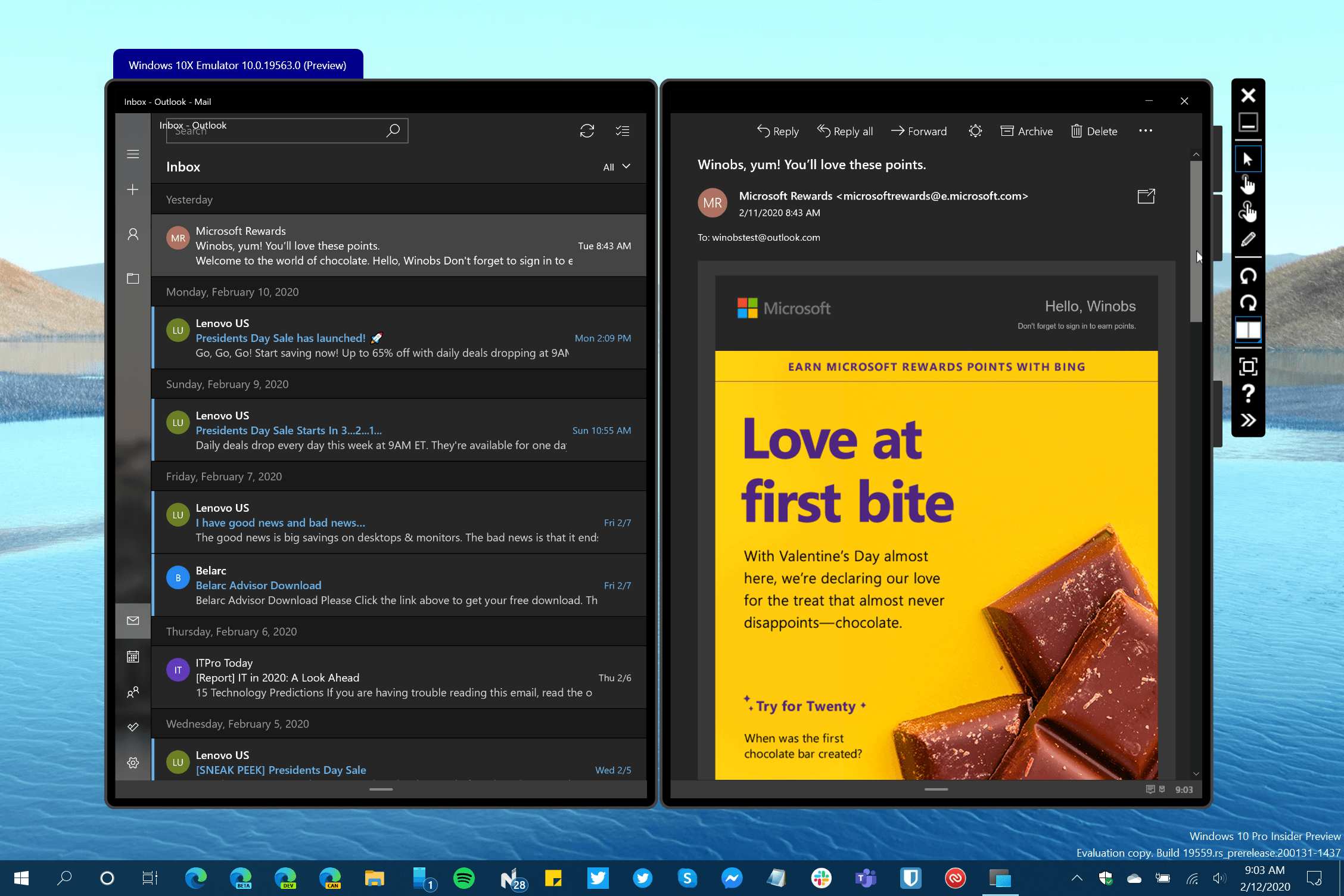 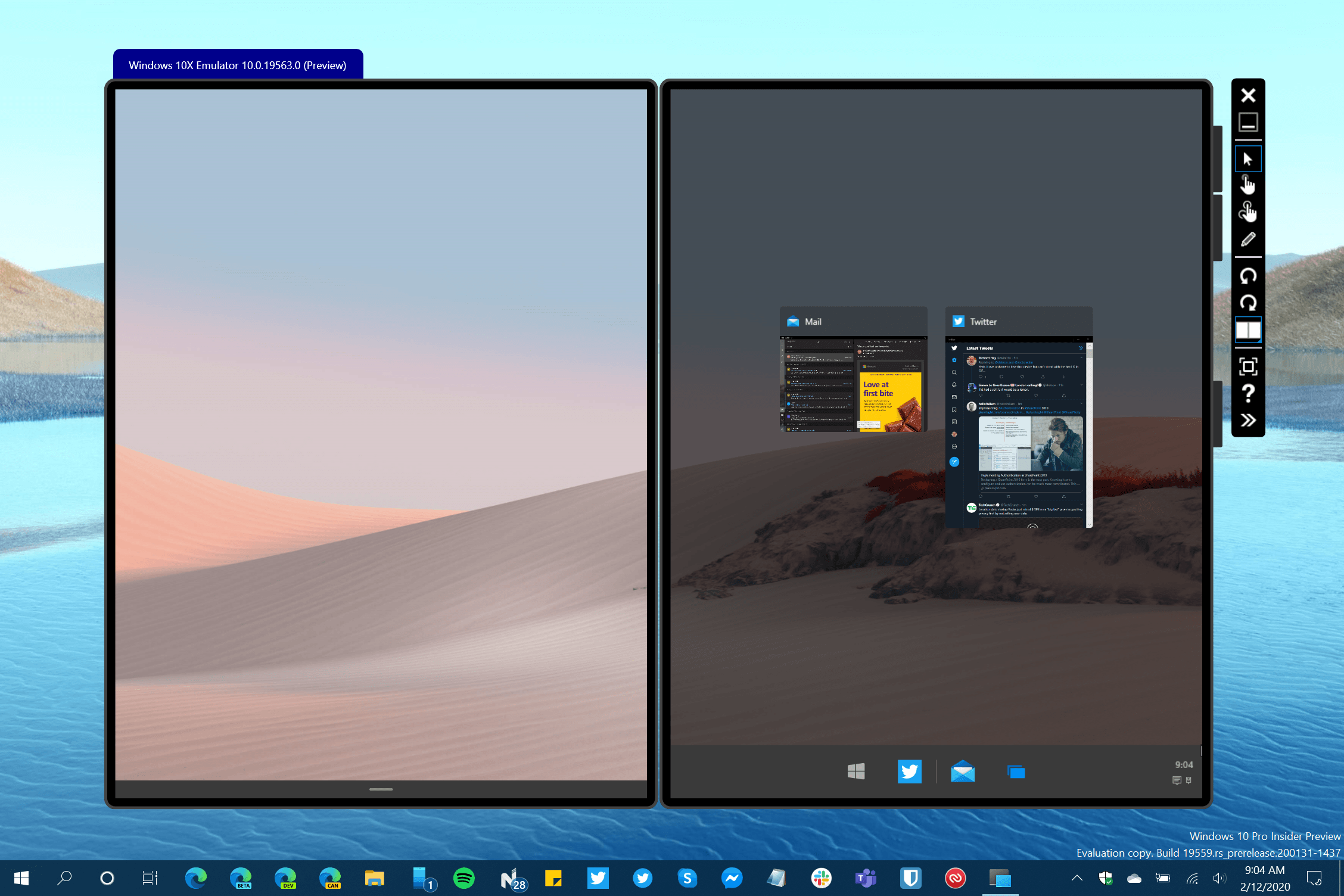 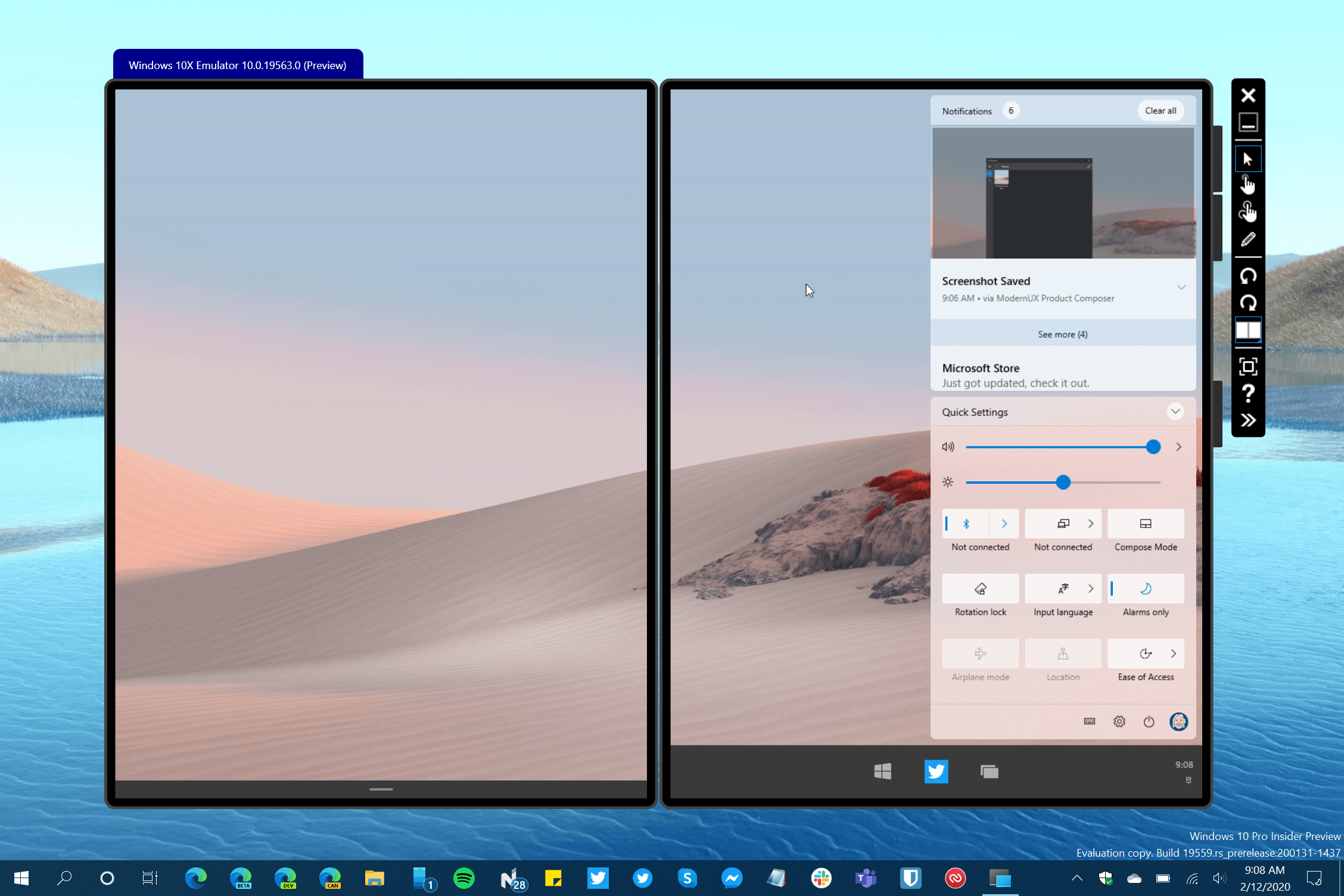 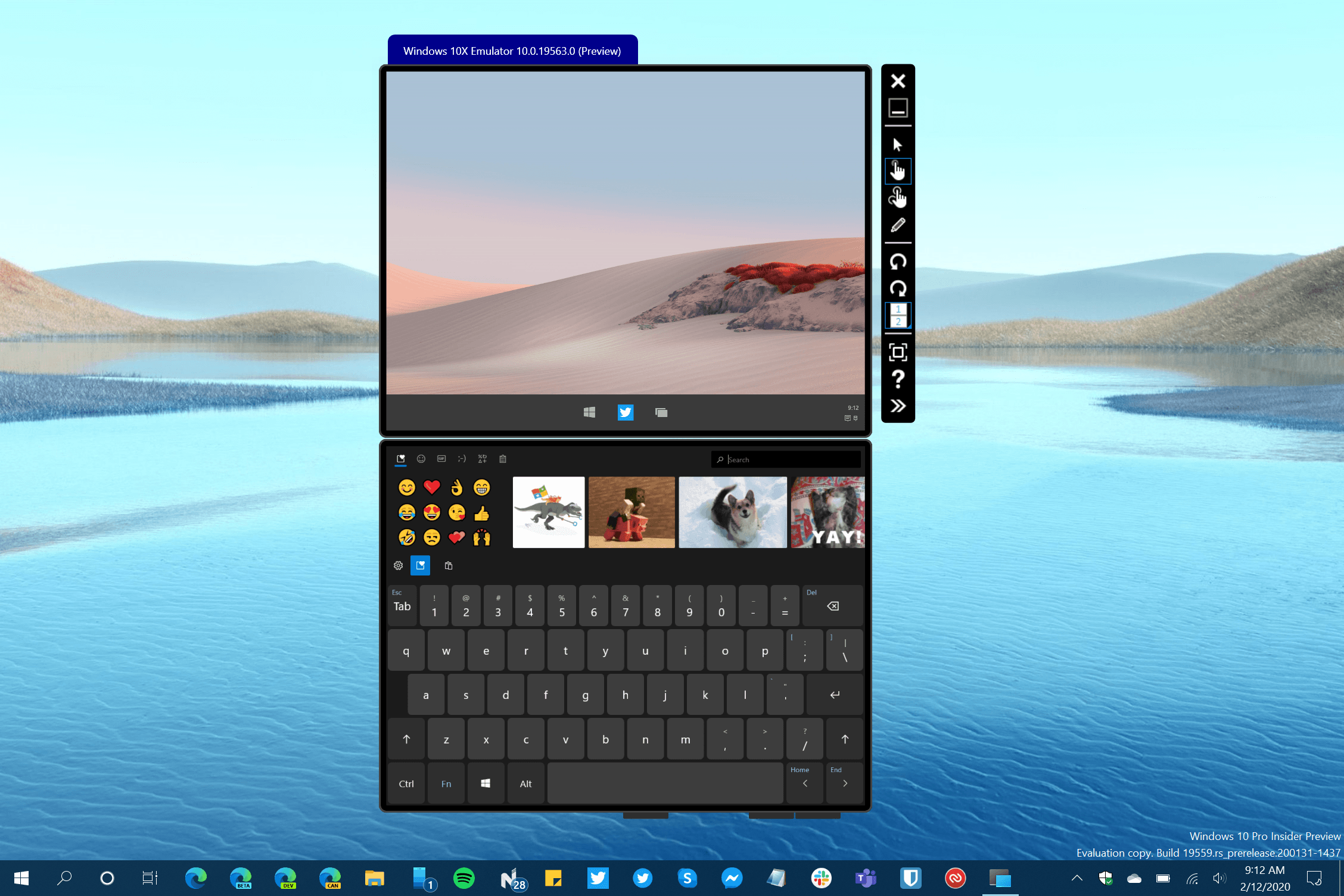 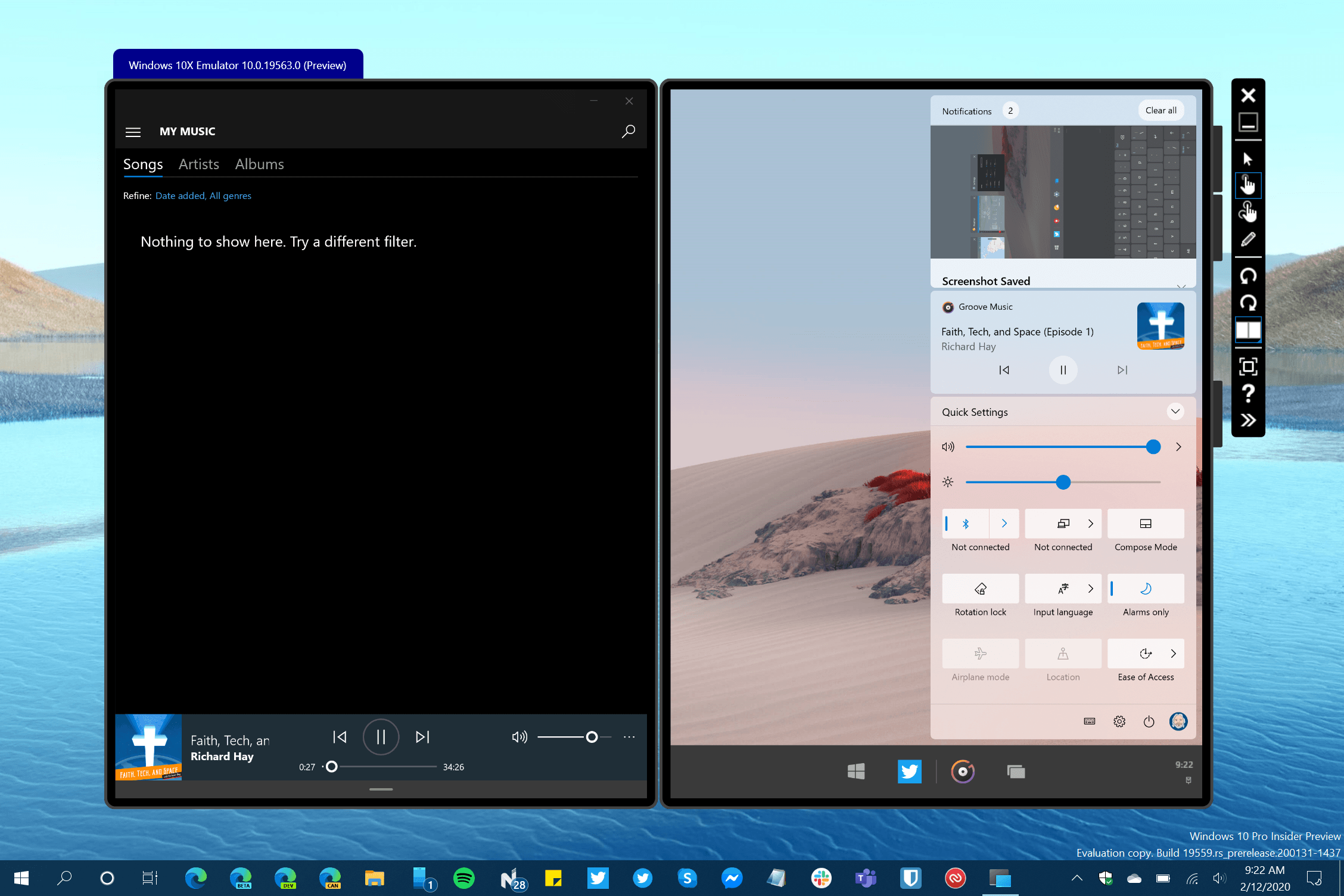 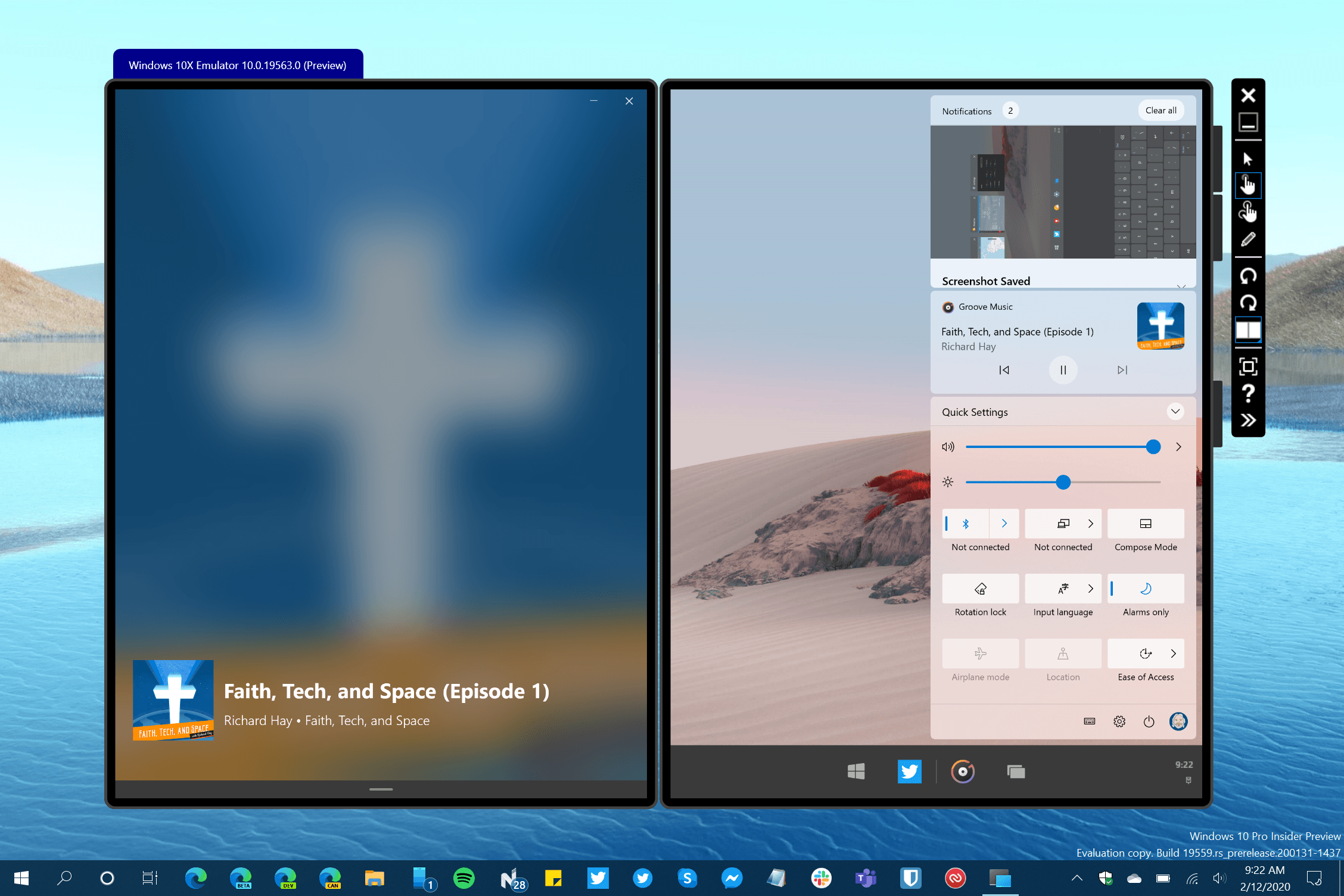 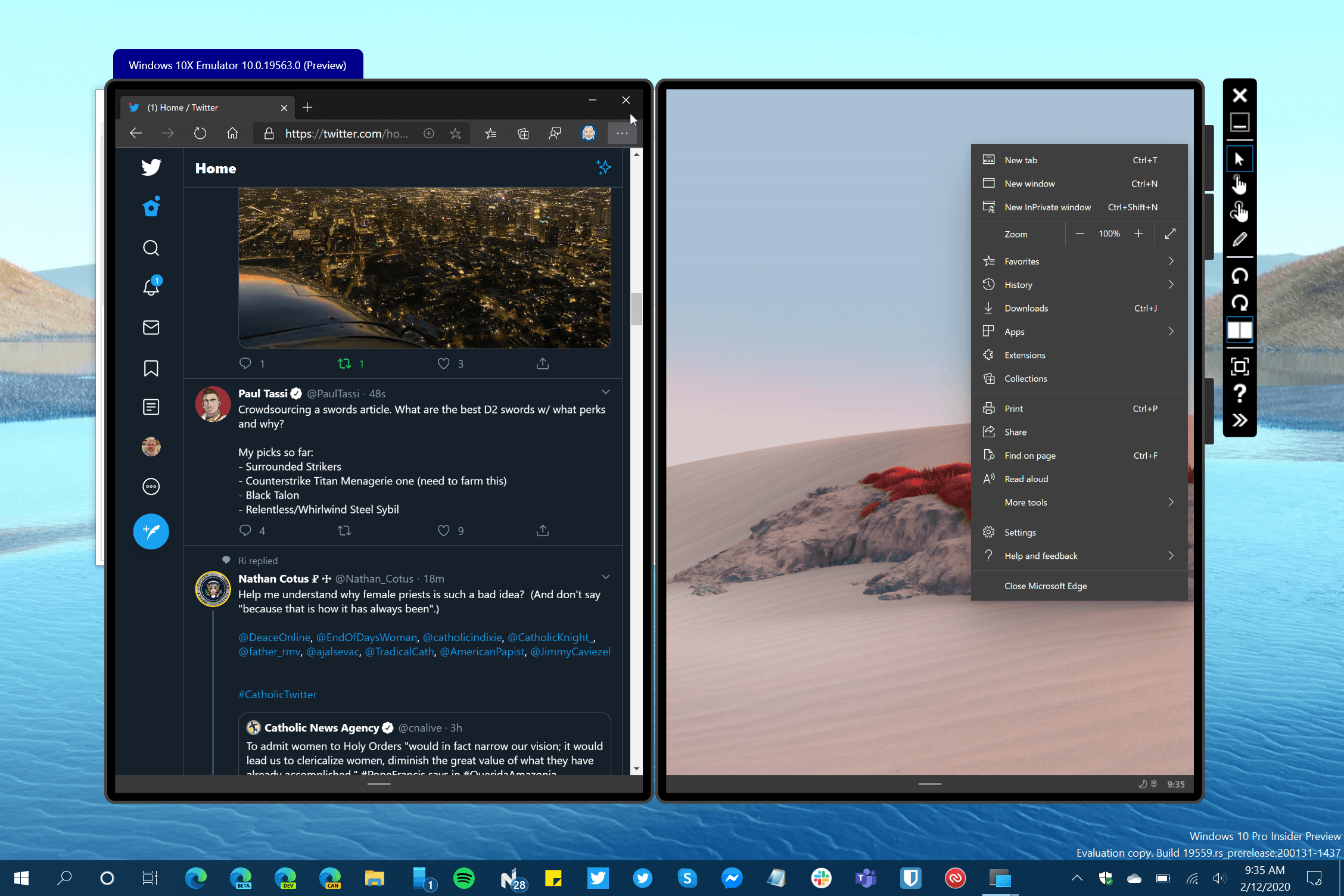 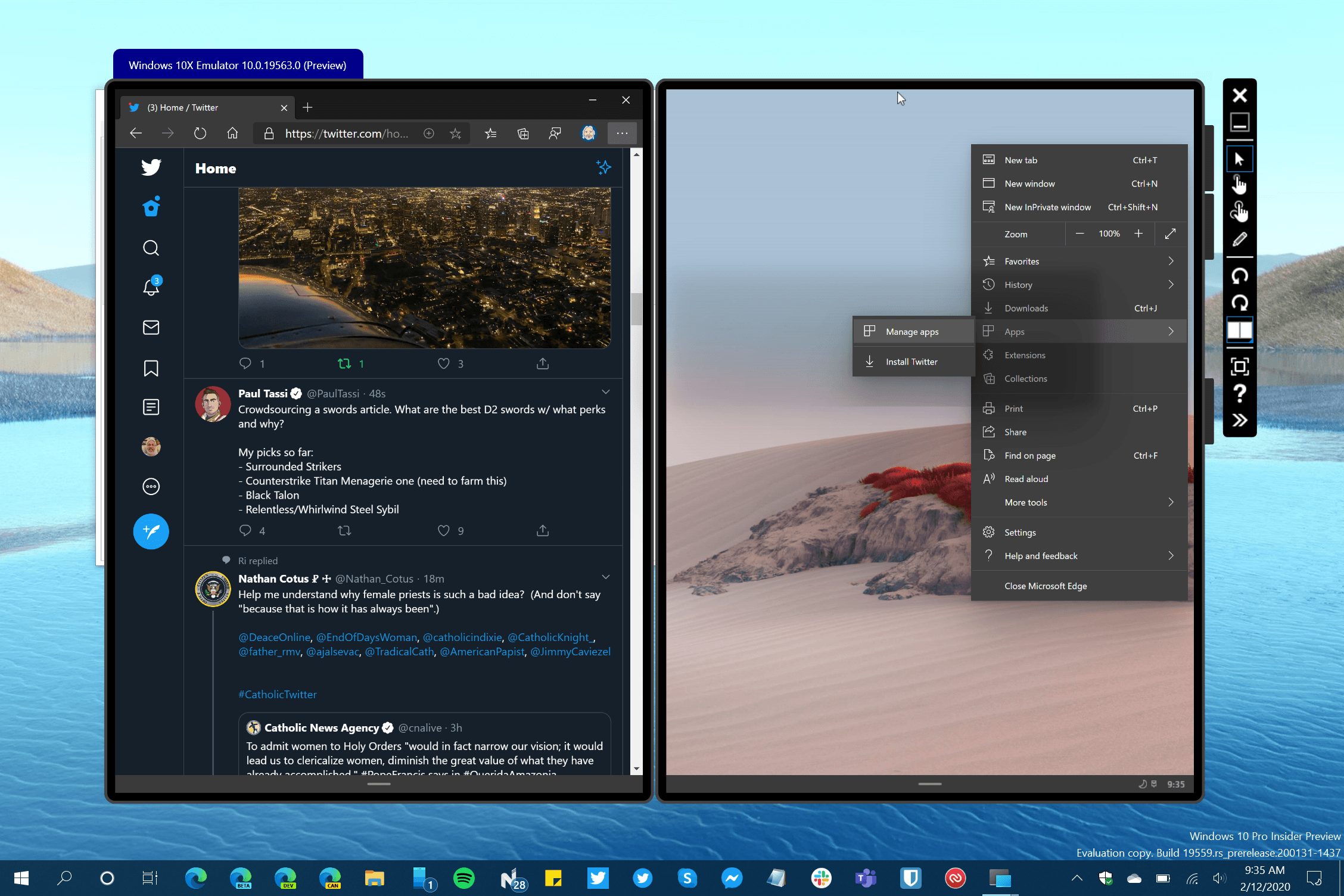 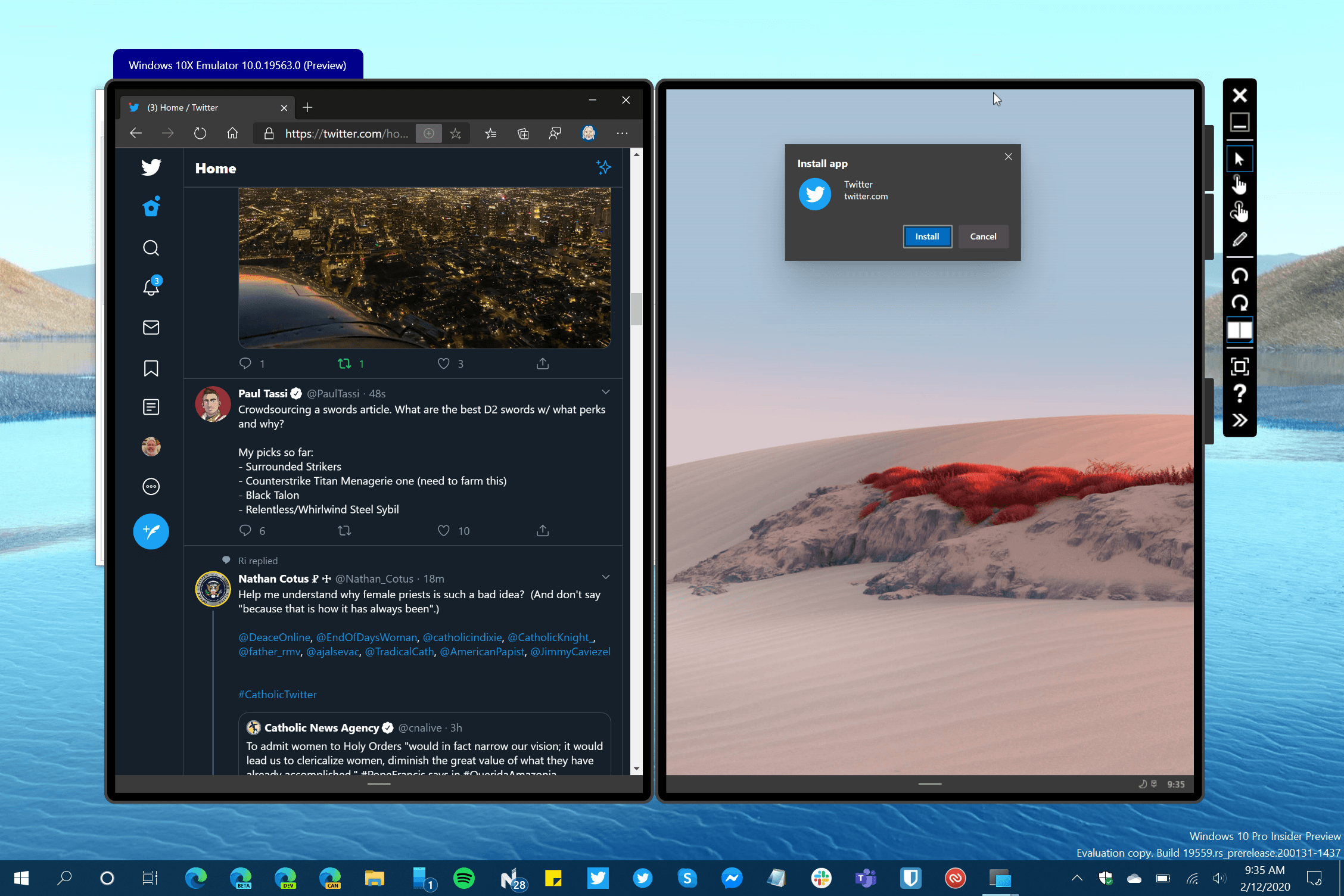