Microsoft caught everyone off guard this week when they announced some significant changes to Office 365 subscriptions for consumers.

Subscribers who are using Office 365 Personal or Home will see a couple of changes.

Currently this subscription is only allowed to be installed on one PC or Mac plus one tablet. Beginning October 2nd, subscribers will be able to install this to an unlimited number of devices and can be actively signed into the subscribers account on up to five of those installs.

All other aspects of this subscription remains unchanged including the 1TB of OneDrive cloud storage.

This package also benefits from the unlimited number of installs and being signed in on up to five devices just like the Office 365 Personal subscription. This means an end to the current cap of 10 installed devices that Office 365 Home subscribers normally encounter at times.

In addition to this change, the Home subscription package is getting a big boost when it comes to users.

Beginning October 2nd, the current limit of five users sharing this subscription will be bumped to six and there will be no change in the annual subscription cost of $99.99.

The last change for Office 365 Home subscribers will effect those who have added family members to their Microsoft Account. Those members of the family will now automatically have the subscription shared with their accounts. Previously, sharing among family members had to be setup manually.

One less step for getting your family members access to the Office 365 subscription.

This change is already in place and you can see the new management interface in the screenshots below. 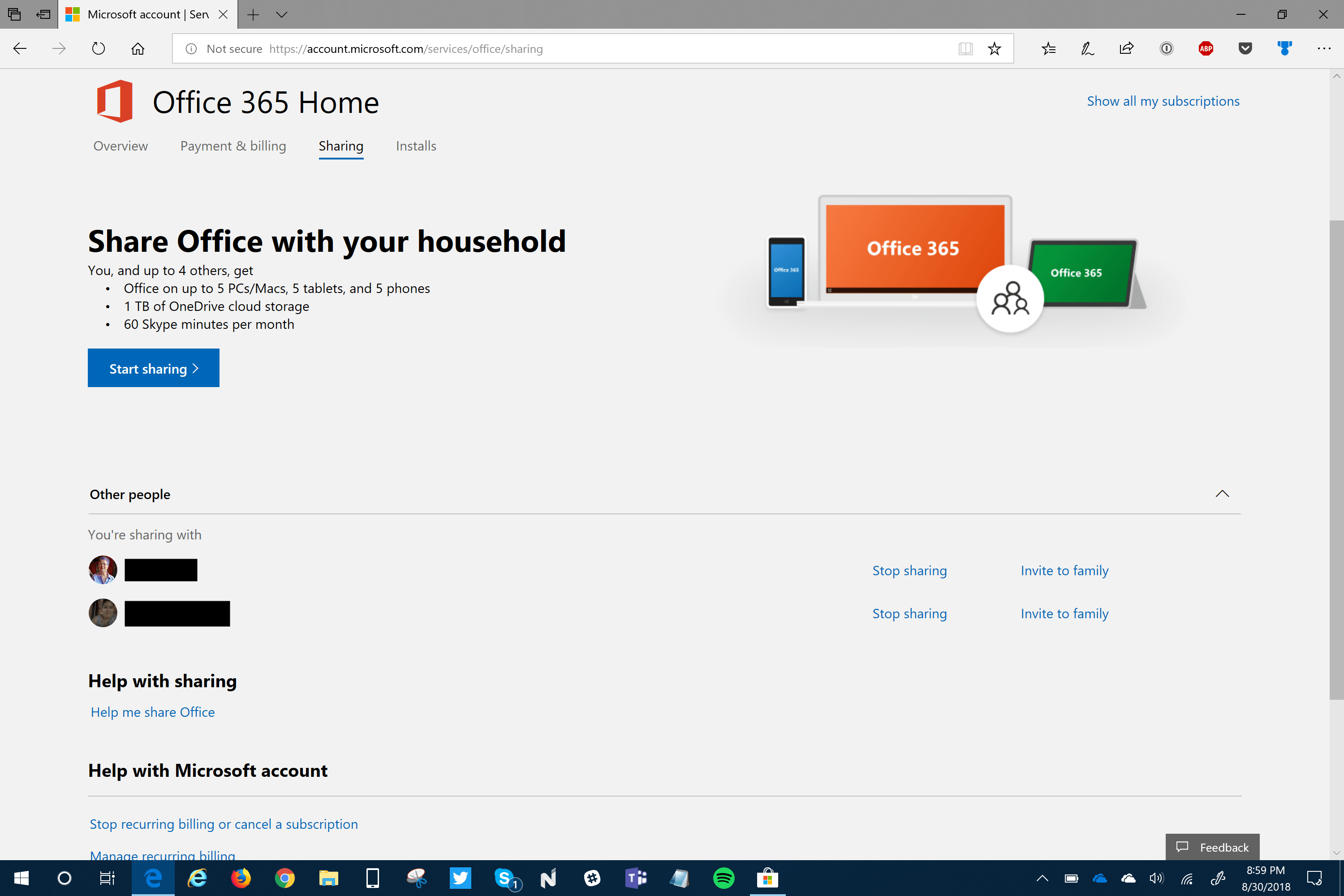