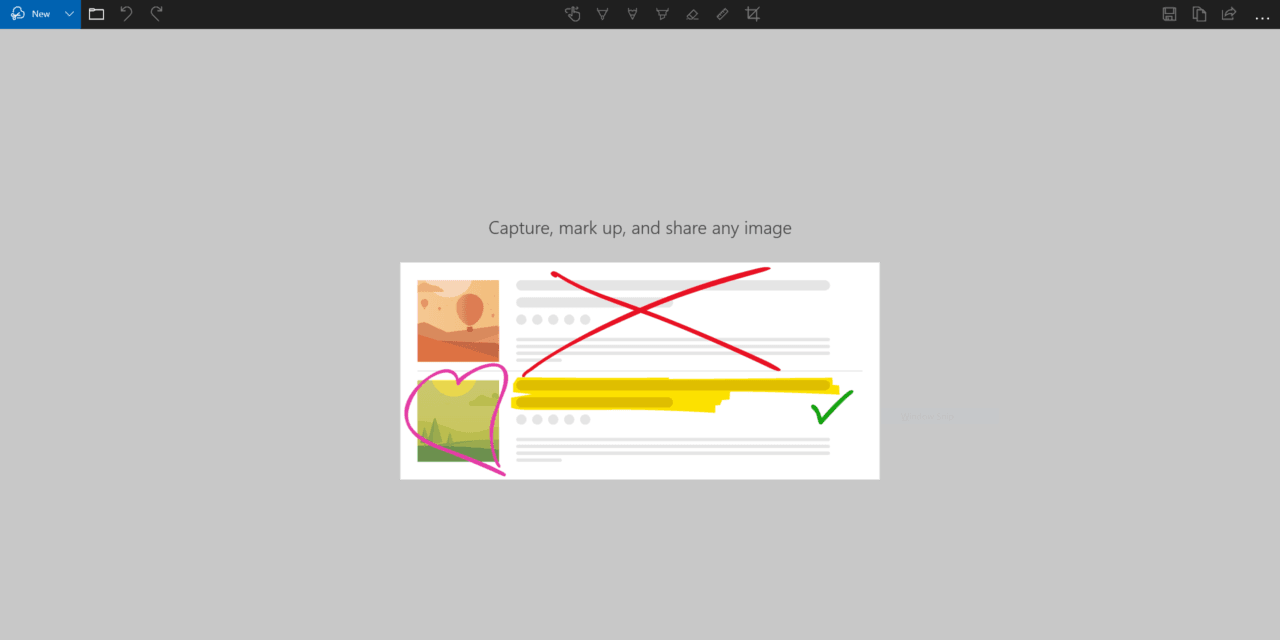 By far, one of the most popular tools to emerge as part of Windows 10 is the Snipping Tool.

The handy utility allows you to grab images from your Windows 10 desktop using free-form, rectangular, Window or full-screen snips. These snips can then be saved and shared via social media or with other image editing programs.

For a few months now we have known Microsoft plans to deprecate the popular tool in Redstone 5, the expected October 2018 Update, in favor of the new Screen Sketch app that was introduced in early RS5 builds for testing.

Microsoft will make users of the final release of RS5 aware of this upcoming change using messaging in the current Snipping Tool which will still be included in this fall’s feature update alongside the new Screen Sketch app/capture tools.

However, as of this weekend, as reported by other Microsoft sites, that app will now appear to be known as the Snip & Sketch app instead of Screen Sketch.

While the name change is not 100% across all of it instances in the OS, the app update has only been pushed out to Skip Ahead so far. I expect it will also be made available in Fast ring builds since this change is part of RS5.

In addition to the name change, the new Snip & Sketch app now has options for capturing delayed snips of your screen which can help you capture menus that are normally not available when pressing the standard screen capture keyboard shortcut.

Other than the name change and the delayed capture options, the app remains unchanged. I was hopeful that an option to capture/snip an open dialog box or other on-screen app/program window would be added but that has not occurred yet.

The delayed snip option does add another feature that helps this new capture process gain closer feature parity with the current Snipping Tool so that is a plus. However, the Window snip option is a very important feature as well so we will be watching for its addition in a future update.