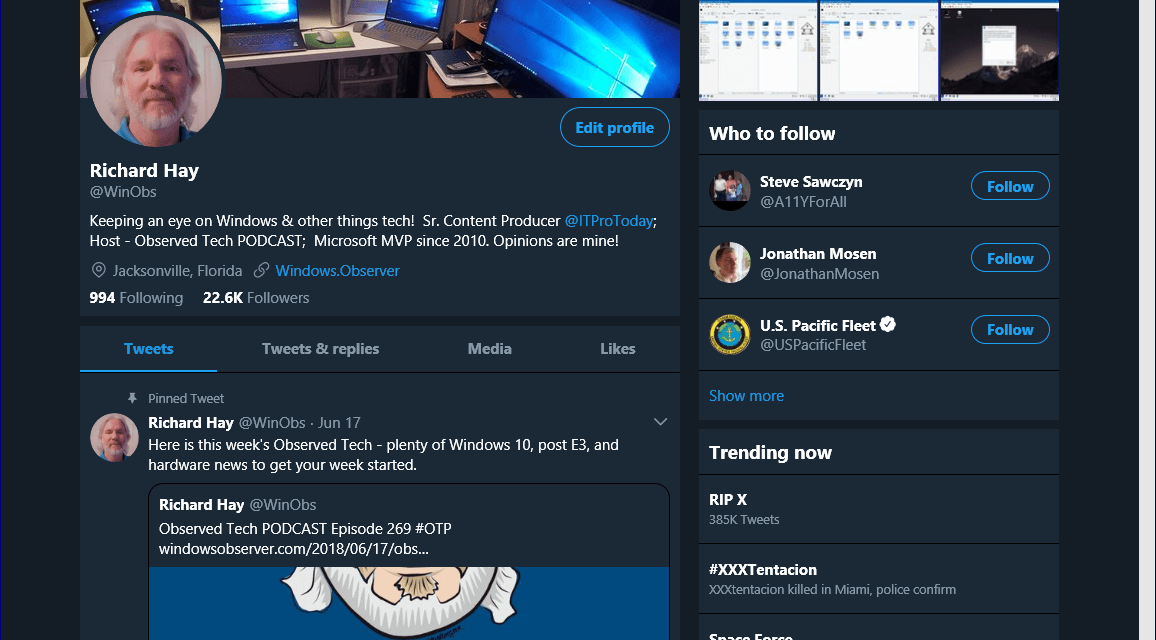 It was late March of this year when Twitter replaced the old version of the Windows 10 Twitter app with its PWA based successor.

The release of this update started a five week open beta by Windows Insiders over the last few development builds for Redstone 4.

In that time frame the official Twitter app for Windows 10 saw more updates than its predecessor even thought about getting during any similar time frame.

Among those updates, the official Twitter app for Windows 10 gained these capabilities:

Then on the 2nd of May just as Microsoft made the release of Redstone 4, aka the Windows 10 April 2018 Update, available to the general public they also released the new Twitter PWA app for Windows 10 to everyone.

Even thought it was released to the general public, development did not stop at that point with the app finally getting Night Mode a few weeks later for all those Windows 10 users who like using the systems dark theme.

Since then there has continued to be small tweaks to the overall UI of the Twitter PWA app on Windows 10 but no major new features or capabilities.

Well late last week we saw the first new feature arrive for the app after the relatively quiet development process of the previous month.

The latest enhancement made to the Twitter PWA was not delivered via an app update but was a result of a back end update on the server side by Twitter. This is the beauty of PWA’s as apps because these types of updates can be made without an app update through the Microsoft Store. In addition this capability can be made available to all users of the PWA app despite their platform of choice such as Android, iOS, or the web.

So the new feature that was added to the Twitter PWA app is the ability to now use the Windows 10 Share Dialog to share individual tweets to other targets. Whether it be another app, email, or even just to copy the link that is now possible in Windows 10.

Think of it like this. Back in April Twitter was a one way road when it came to sharing things and that road only went from outside of Twitter inwards. Now we have a two way street between Twitter and Windows 10 so that information can be shared in either direction.