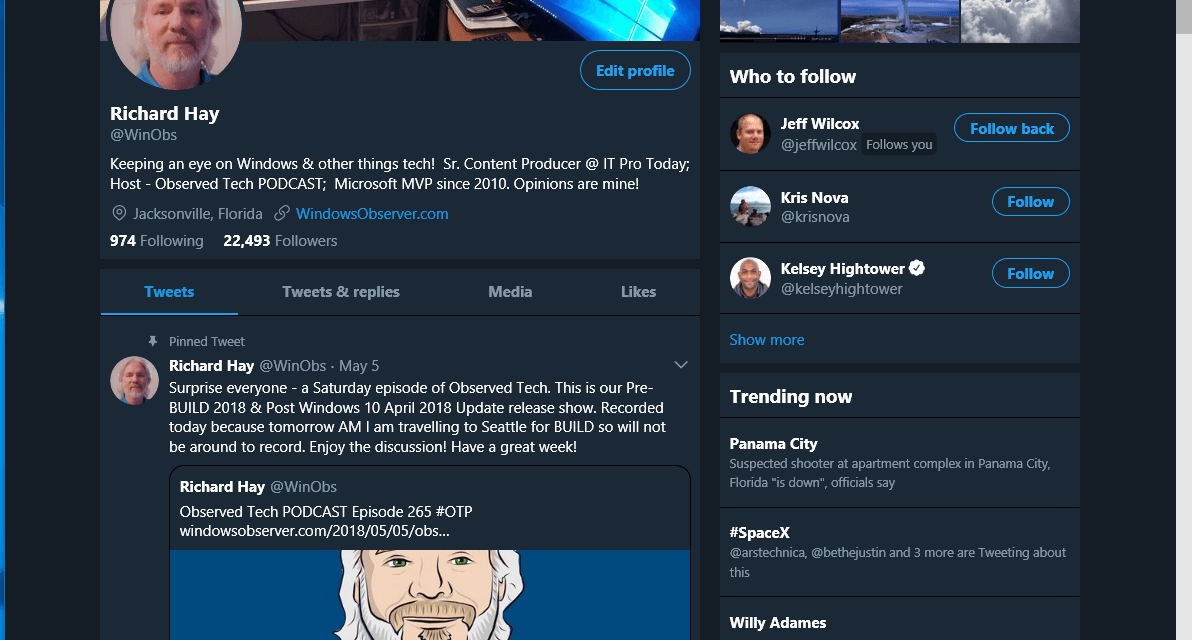 In the two months since that initial open beta began, the official Twitter app from the Microsoft Store has been growing in features at a remarkable pace. It easily surpassed the capabilities of the old UWP version of the app at its initial release on 23 March.

Since then the new additions have been made very quickly to the app. Here is a rundown of just the enhancements which I have written about here at WindowsObserver.com:

Of course, these are the in your face updates that are very apparent in the user interface of the app. I have no doubt improvements were also made to the underlying code to deliver better performance.

We are rolling out the following features to https://t.co/AIUgyCj4rs, Twitter Lite, and Twitter for Windows to provide more consistency across platforms. See what’s new. 👇

The true beauty of Progressive Web Apps is being showcased right here with these updates. Since the features are added on the server side, there is no need for an app update from the Microsoft Store of the official app. Instead they are available almost immediately across all of the Twitter PWA platforms I mentioned earlier.

A couple of notes about Night Mode and the Windows 10 Twitter PWA app.

Twitter is really making its PWA app for Windows 10 a showcase for how to do apps that access and take advantage of native capabilities within the Windows 10 operating system.

Still on my wish list are inline translations, Live Tiles, and copying image files into the clipboard and then pasting them into a tweet.