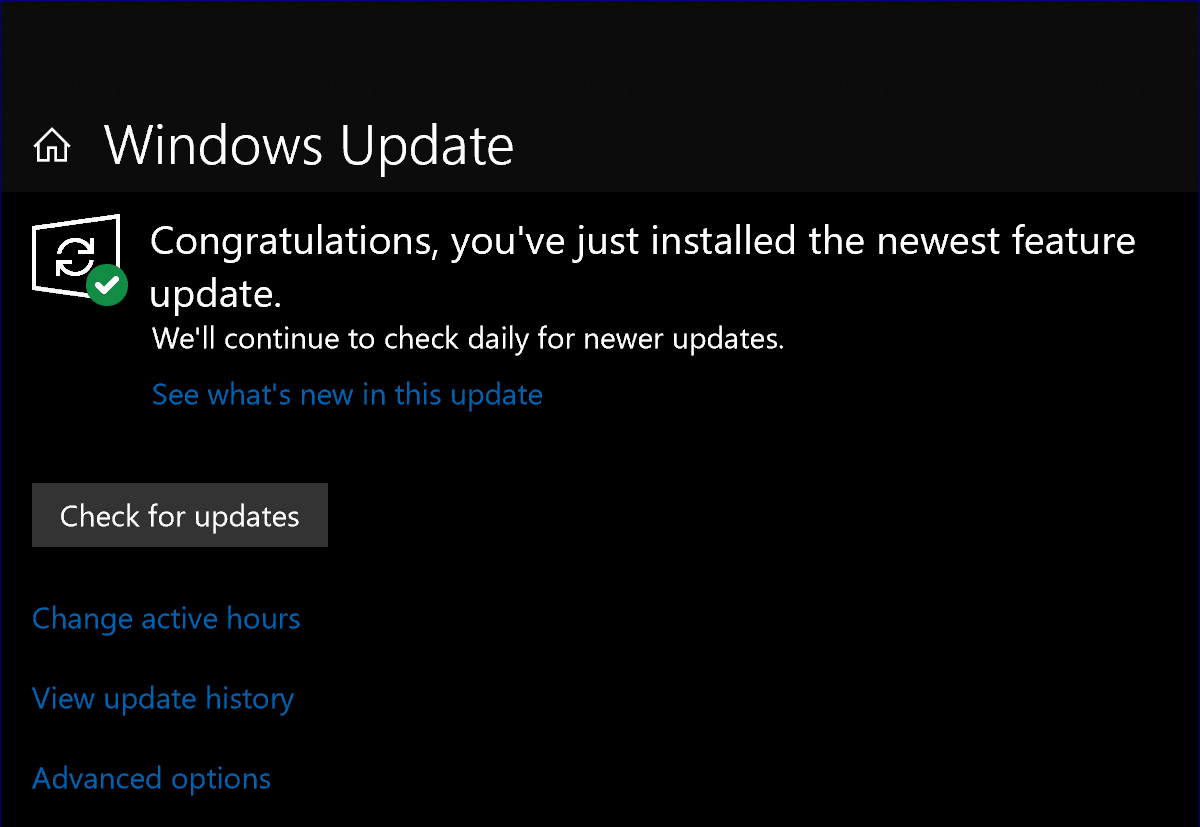 Today has been a good tech day!

Microsoft announced last week that the fifth feature update for Windows 10 would become available starting today. That happened around 1 PM here on the East coast.

Existing Windows 10 users who want to go ahead and upgrade have three key options:

All three of these options have varying steps and my recommendation in order of their challenge levels would be to start with Windows Update, then the Update Assistant, and finally the Media Creation Tool.

Note: If you are an MSDN/Visual Studio subscriber you will also find the Windows 10 April 2018 Update available for download there as an ISO.

It is great to see this feature update hit the streets finally after several months of testing by the Windows Insiders. My excitement got bumped up today when I tried something I wasn’t thinking about even taking on at this point.

Background: One of my popular articles here is from last fall when I showed everyone how to clean install Windows 10 on the NuVision TM800W610L (8 inch) and the TM101W610L Solo Draw (10 inch) tablets. These were offered at the Microsoft Store for great discounts and a lot of people took advantage of the deal.

While the tablets are not meant to be powerhouses, they are powered by Atom CPU’s with just 2 GB of RAM, plus they are low storage devices with just 32GB available on each of them.

That presents challenges when doing upgrade installs from one feature update to another. Many readers have shared with me that their tablets simply end up in a non-usable state. They end up being set aside and collect dust from that point forward.

So when I published that clean install article last year, as evidenced by the responses I have received here and on social media, it helped a lot of folks recover the use of their NuVision tablets.

Well with the upcoming release of the Windows 10 April 2018 Update on its way I have been contemplating a clean install on each tablet to get the feature update. Both of these tablets have been running Windows 10 Version 1709 from last year since their clean installs but I just knew an update attempt to this new feature update would be full of challenges. Thus why I was planning to pull out all my clean install gear to get them upgraded.

Well, the Windows 10 April 2018 Update was pushed out to Windows Update so that users could manually check for the upgrade.

Update (04 June 2018): The drivers for these two tablets have once again become unavailable even though the download page still displays links to them and other devices. So I took matters into my own hands and using some PowerShell magic I extracted all of the third party drivers from my TM800 and TM101 tablets running Windows 10 and I am providing them as downloads from this site. This is a service to the community of owners for these two popular devices and they are provided without any warranty or any other guarantee. Check out the details and get links to the downloads at my NuVision TM800W610L & TM101W610L Windows Tablet Driver Downloads article.

At this point let my Twitter thread tell the rest of the story – and yes – it has a happy outcome!

So everyone knows how challenging it can be to install a feature update on these small form factor, low storage devices right? Well I have a NuVision 8″ & a NuVision 10″ Solo Draw. Both of them saw the Windows 10 April 2018 Update in Windows Update today when it was released. /1 pic.twitter.com/6VLRGhMYPi

So I decided to give it a shot and try the update. Most of you with these devices knows how this process goes right? Usually fails due to a lack of storage on the device to accomodate the upgrade process. I started this off expecting that to happen. /2 pic.twitter.com/U9BR0rWymN

Well it took about 2 1/2 hours for the devices to go through the download, install, and upgrade process. Not unexpected as they are low powered Atom based devices with just 2GB of memory to go with their 32GB of storage – most of which is used up by default. /3 pic.twitter.com/jB2WSWkDsC

Well much to my combination of surprise, relief, and giddyness – they both took the update like champs. Both of them are how sitting on Windows 10 April 2018 Update (Version 1803). I am not sure what magic those Windows engineers did to get to this point but it is great work! /4 pic.twitter.com/XFyupUbO5H

Now it is time to see how they handle something like Timeline data between devices. I already tried Near Share and it works great back and forth. Solid consumption devices for sure but still – good to see progress on updating these low end devices. /5 – End

I just finished some setup for the Start Screen and a couple of my consumption related apps and they are ready to venture forth in this bold new world of the Windows 10 April 2018 Update.

Do you also have one of these NuVision tablets? Would love to hear how your upgrade went to Windows 10 Version 1803. Let us know in the comments below.