How I Build and Podcast Observed Tech 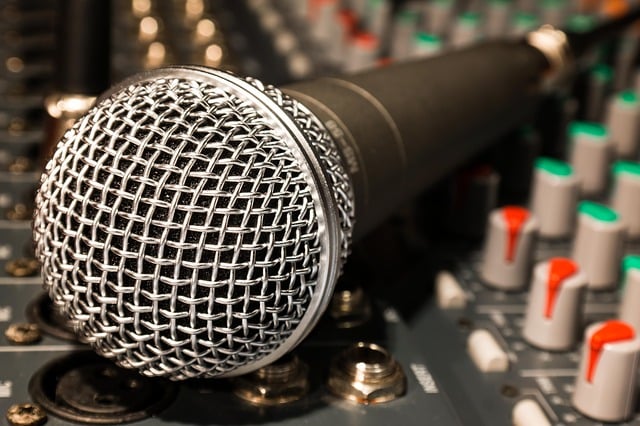 I recorded and published my first Observed Tech Podcast episode, which was a beta test, on 17 November 2009.

Since then I have recorded a total of 195 episodes of the show and have learned a lot about podcasting along the way.

As I am approaching my 200th episode I wanted to take the time to share some insight into how I put together an episode of Observed Tech. This will range from gathering my sources and other pre-production activities to recording the show and then the post production steps I take before an episode of the show goes live on my site.

Why Start a Podcast?

When I started Observed Tech back in late 2009 I had already been running WindowsObserver.com for 14 years which was of course, all written words. While that type of content is critical for any website, I believe taking the discussion beyond the written word adds tremendous value to the content. In those early days I used to focus the podcast on the content I had created on WindowsObserver.com and it allowed me to expand beyond what was on the site and provide more of my voice to the stories.

Slowly, I expanded to include other source articles that I wanted to talk about. By the time the show was born back in 2009 I had already been on Twitter for over a year so the two tied in very closely because I could also highlight discussions on these subjects into the show.

The name of the podcast, Observed Tech, is an extension of the site’s name WindowsObserver.com, and the tag line of the site became the sub title of the podcast as well – Keeping an eye on Windows and other things tech! This name reflected my primary focus on Windows and Microsoft while allowing me the opportunity to also include other tech subjects in the show.

As you consider starting your own podcast I think it is important to remember a couple of things:

So once I decided on the shows name I had to decide how often to record an episode. When I started Observed Tech I was still on active duty in the Navy so my schedule was very loose in those days. I basically recorded as often as I could but not more than weekly.

A weekly show remains my goal these days but that is a challenging commitment and there will be times a week or more gets missed due to circumstances beyond your control.  You have to be OK with that but always endeavoring to make the schedule because your listeners will grow accustomed to that and begin to expect it on schedule. That is OK and when I miss a week or two it is quite nice to get pinged on social media and checked on by dedicated listeners. Ultimately though I want to avoid that and get a show recorded each week.

These days I follow about 130 RSS feeds to stay up to date on what is happening in the tech world. These RSS feeds and links I discover on Twitter build the base for the source stories I share and talk about during Observed Tech. As I mentioned earlier, I also featured content I wrote at WindowsObserver.com but now my shows also contain a lot of SuperSite: Windows related content since I started writing for them in January 2015.

The first couple of years my show was paper based. That meant I printed out 20-25 stories each week to use as my notes during recoding of the show. That was a lot of paper and although I recycled it ultimately it was wasteful. After attending a Microsoft OneNote presentation in early 2013 I made the move to go paperless a couple of months later with OneNote being my electronic notebook.

So now as I review RSS feeds or find links on Twitter I open them up in Microsoft Edge and share them to my PODCAST Items notebook during the week leading up to a show. A day or so ahead of recording I then build my Show Notes from those items and keep it all in OneNote. Those same Show Notes then help me prepare the Show Links article I publish for each show and the episode summary on WindowsObserver.com.

After it is all done I then archive those show notes in OneNote for safe keeping and to remind me what I might have talked about on previous episodes of Observed Tech.

Of course, OneNote is accessible from any of my Windows 10 machines so I can easily add items no matter where I am at plus when I am ready to move over to my podcasting machine they are there waiting for me as well.

Since podcasts are audio only products the sound quality of the show/recording is very important. You will quickly lose listeners if the sound is sub-standard no matter how good the content is.

Thankfully these days there are some great USB based microphones available that are great quality and well priced to get you on your way.

Blue Microphones fill this need very well and can be had for less than $130 and since they plug directly into your system via USB there is no need for an external USB interface.

When I started back in 2009 I purchased the Technical Pro TM-21 Podcast System as my starter kit. It included a microphone, mixer/audio USB interface and a set of headphones. Unfortunately, Technical Pro does not seem to be making these kits or any upgraded versions these days and with the solid USB microphones that are available that makes sense.

When my TM-21 mixer failed a couple of years later I decided to move into a professional mixer so I kept the microphone from the TM-21 and purchased this mixer and USB audio interface for it:

I still use those two pieces of my gear to this day but I did recently upgrade my microphone to the Excelvan Condenser Sound Recording Microphone and Shock Mount which gives me great sound despite its inexpensive price tag.

One last thing about your podcasting hardware. I used to physically setup my gear each week on my main desktop to record my show. I soon found that I dreaded that part of the process and it slowly became an excuse and resulted in me skipping recording the show.

After about a year of this I decided to take one of the spare systems I had around the house and give it a CPU, RAM and SSD upgrade and then I set it up as my dedicated podcasting machine. All of my sound gear is permanently hooked up to it and all I have to do is fire it up, start up my recording software and other notes and hit the record button.

So my suggestion is to either keep your podcasting gear always hooked up or build a dedicated machine for it. I have found it makes all the difference in the world in helping me keep closer to my intended recording schedule.

I already mentioned earlier how important OneNote is to my pre and post production of Observed Tech but I also use a few other key pieces of software in preparing the show.

By the way, Blubrry also provides hosting and stats services for podcast shows if you are looking for options in those areas.

I recommend you do the same thing as you get ready to start things up and make sure the tools you have selected all do what you expect them to do.

Well, this has become much longer than I expected but it is an important subject so I wanted to share as much from my experience as possible.

Jumping into podcasting is easier these days because there are great services like Spreaker that will not only host your shows but they also provide the tools to record it directly online and do any post production work that is necessary to get it ready for the public.

My bottom line when it comes to podcasting is that it is not a journey for everyone but you never really get an idea if it is for you until you decided to give it a shot.

So jump in, take advantage of the tools that are available and see what happens. You never know what could come your way when you start sitting behind that microphone and talking about the things you are passionate about.

If you have any questions about what I have shared in this article please feel free to comment and I will be sure to reply back.

Take care and stay safe out there.