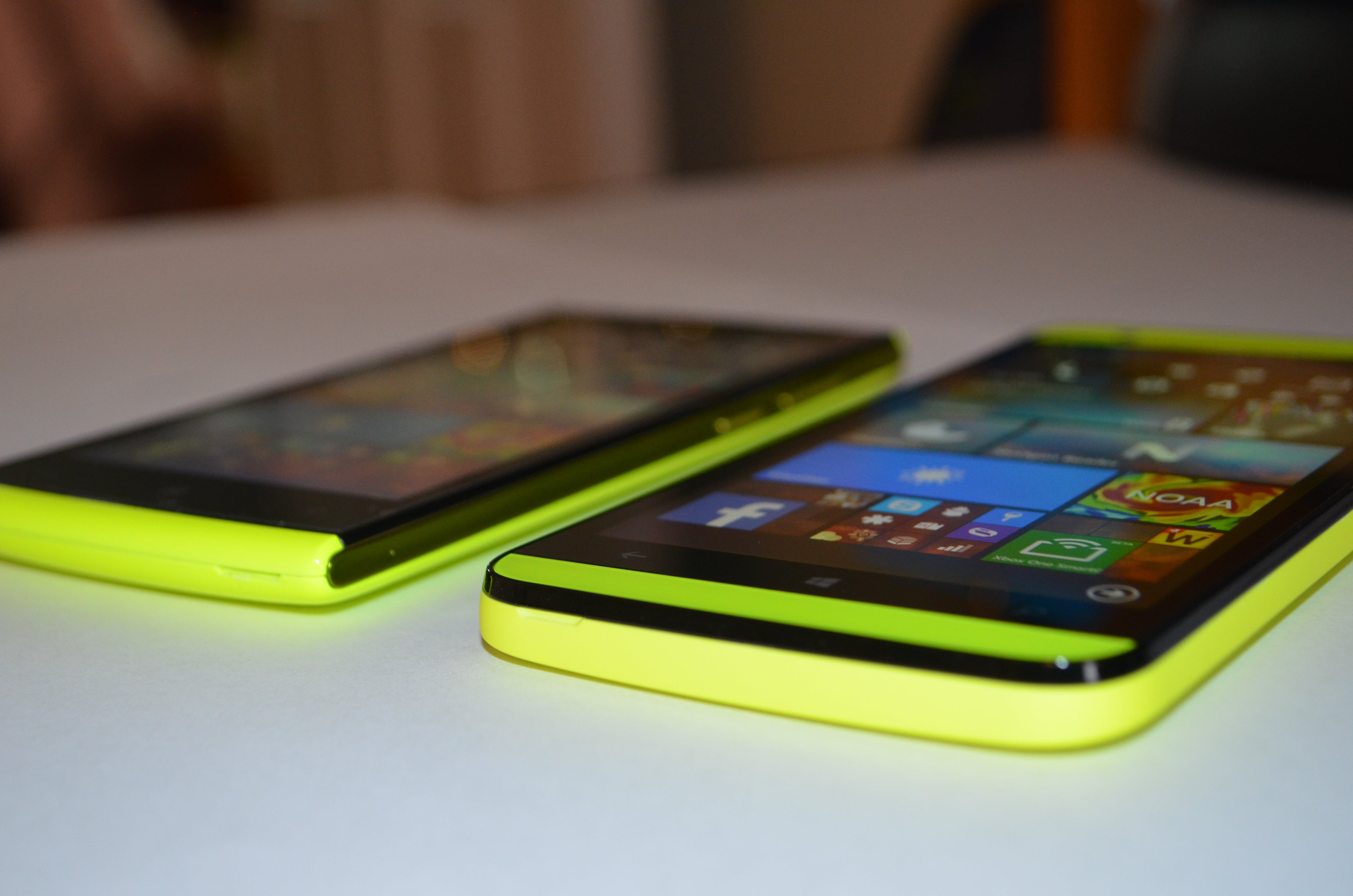 It is always an exciting opportunity to get hands on with new devices and this past week was one of those times.

Thanks to the folks at BLU, which stands for Bold Like Us, I received the new Win HD LTE and Win Jr LTE Windows Phone handsets to spend some time with.

If the name sounds familiar it is because BLU has produced earlier versions of these two phones which have been on the market since last summer.  Those devices were only capable of supporting 4G and this update to the line finally brings LTE capabilities to the handsets as well as some nice hardware upgrades.

“We are motivated to continue working together with Microsoft in developing product we truly believe in, with the great performance Windows Phone brings consumers.” said Samuel Ohev-Zion, CEO of BLU Products. “The 2015 versions of Win JR and Win HD have been completely re-designed and will be upgradeable to Windows 10 as soon as the update is released.”

Since I had only seen the original BLU devices online and in videos I was not sure what to expect. The only non Lumia Windows Phones I have ever used was the wife’s HTC 8X and my original LG Quantum with the slider keyboard.

Turns out these dual SIM phones are a very pleasant surprise in regards to build quality and the materials look and feel great. The attention to detail on the both phones with the raised BLU lettering logo on the back, the angular edges of the Win HD LTE case, the tinted neon green of the Win Jr LTE’s sides and its slightly curved glossy back make the phones feel very premium.  My only complaint about the build is the lack of a physical camera button although they do have hardware buttons for navigating the OS (Back/Windows/Search).

Each come in the retail box with the following items:

It was impressive to find head phones and a case in the box because it is rare to even get head phones with any Windows Phone these days but to get a case is a unexpected and nice additional touch.  These two extras are not high end options mind you but they are quite functional and handy as you get started with the new handset.

When you take a look at the specs for these devices they are decidedly in two different categories and that is OK however, to have them both side by side the differences in the performance stands out.

When I was first setting up the two phones the Win Jr LTE was unable to install my normal collection of apps that I typically have installed on my Nokia Lumia 1520. Now, this is no surprise because of the limited 4GB of internal memory and if this was my everyday phone my app install base would be quite different or I would expand the internal memory with a MicroSD card.

The Win HD LTE easily accepted all of my normal installed apps with its 8GB of internal memory with about 2GB of memory to spare. Of course, this phone can also take a MicroSD card to expand storage as necessary.

As I ran both devices side by side using a couple of the apps I use regularly, Tweetium and NG Reader, the performance difference was noticeable with the Win Jr LTE always completing the same task just a second or two slower. However, if you look through the lens of the market these devices are intended for then they are capable like any other in their same category.

Both screens are what you would expect based on their specs and for me, after using the 6 inch Nokia Lumia 1520, it is always a challenge to not judge screens on other phones harshly.  With that being said a 6 inch screen is to big for one handed use of your phone so that problem is alleviated for me on both of these devices. I had forgotten how nice it was to comfortably use my phone with just one hand.  Although I really like my 1520 I think a 5 inch screen is a sweet spot for phones.

These phones have some great specs for their categories, the price is terrific for an unlocked device and they are future proof and ready for Windows 10 .  Depending on your usage, high or low end,  these phones can fill that need and would be a solid investment.

See more about the phones at the links below:

BLU Products, founded in 2009, designs and manufacturers affordable, attractive and innovative mobile devices to suit a wide variety of consumer needs. Headquartered in Miami, Florida, BLU is pioneering the advancement of the prepaid and no-contract revolution by providing a vast portfolio of advanced, unlocked mobile phones to thousands of dealer agents, MVNO’s, and large retailers throughout the United States and Latin America.