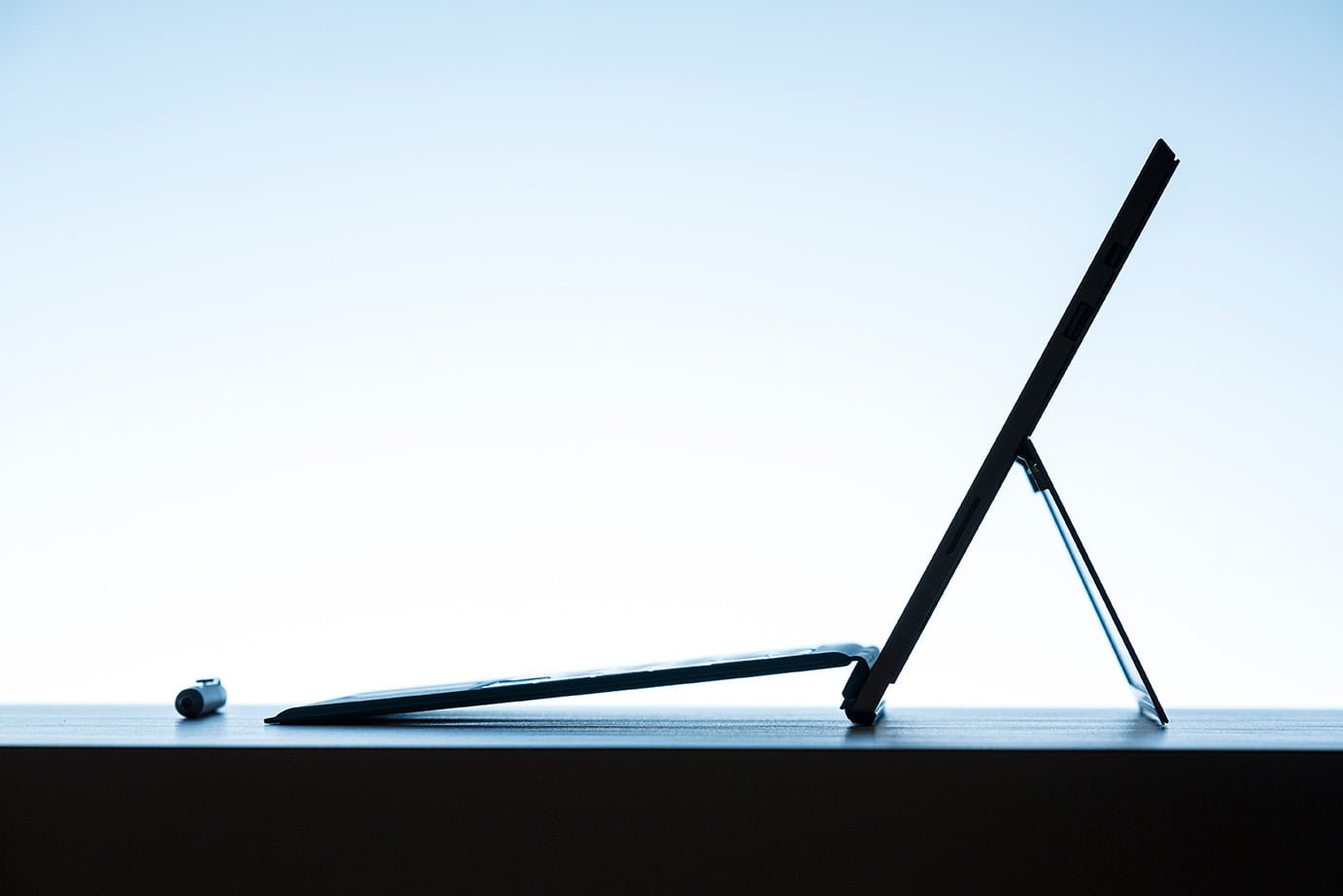 Congratulations to all of you who maybe unboxing those sparkly new Surface Pro 3 devices today as the next generation of the Microsoft device hits retail stores today.

I stopped by the Jacksonville, Florida Microsoft Store earlier today and it looked like they had prepped for a large crowd as there were about six employees for each customer that was in the store at that time. I did speak with one of the store employee’s and they said a good number of folks had been in to pick up pre-ordered devices. I saw a few customers in the store making Surface Pro 3 purchases right then as well.

Our Jacksonville store had two tables dedicated to Surface Pro 3 and what was really nice about their retail setup is the devices are not chained to the tables so I was able to pick it up and really handle it free of any entanglements.

That device just screams to be used in portrait mode and with its thin body and light weight it feels very good in the hands.  I also finally had a chance to try the N-Trig pen with the Surface Pro 3 and that thing is smooth as silk. It feels so good writing on the screen and just glides along without any resistance or hiccups.

Along with the retail availability of Surface Pro 3 Microsoft has also made some resources available that will help new Surface Pro 3 owners and those still contemplating a purchase.

I would have also linked to the huge Surface Pro 3 User Guide, which is apparently over 100 pages long, but Microsoft has pulled that download because of all the Surface Mini references that were in the document.

Eagle eyed tech bloggers dug out those tidbits earlier today and I am sure someone at Microsoft is now furiously working on modifying that document to remove all of the aforementioned Mini references.

As you know, a device that was never launched or acknowledged should not be referenced in any official documents.

Once that modified document becomes available I will update this post with a link to it.

Update 21 June 2014, 0835 AM EDT: The Surface Pro 3 User Guide, which was pulled yesterday because it was full of references to the un-announced Surface Mini, has now been re-published.

The only time you now see the word mini in the guide is in reference to Surface Pro 3’s Mini DisplayPort.