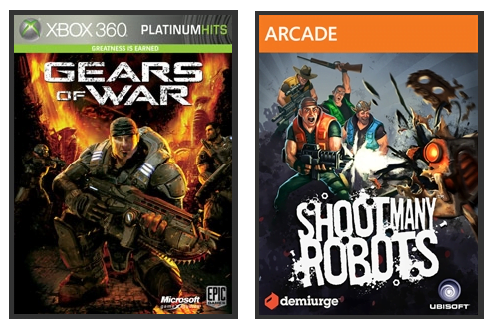 Major Nelson, aka Larry Hryb, shared on his blog this morning the upcoming free titles for all Xbox Live Gold subscribers.

During the first half of December Gears of War, which normally retails for $19.99, can be downloaded until 15 December 2013.

Then on 16 December until the end of the month you can grab Shoot Many Robots, an Xbox Arcade title, that would normally cost you $9.99.

Although this program was originally supposed to come to a close at the end of this year it was decided several weeks ago that it would become a permanent benefit of being an Xbox Live Gold subscriber.

In 2014 the program will also come to the new Xbox One console as well and Xbox Live Gold subscribers there.